Clara Bow: I Want to Be Happy 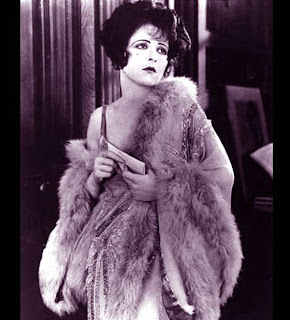 Now you know I love the stars and like to have fun with them, but I can only gush about Clara Bow. Forgive me for being a little serious, but our Clara deserves respect!

A silent film viewer's response to Clara Bow is immediate and emotional. She, more than any other performer of the silent era, represents raw emotion. There is joy in her presence. She is young, healthy and full of fun, and really, really pretty. She has magical star quality. Clara makes me happy. 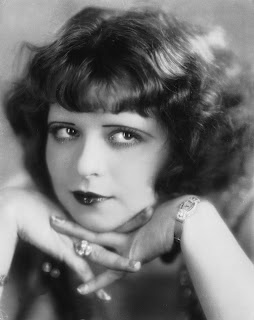 Was she a good actress? She was great, but it is her electric presence that grabs you. She was the essence of the flapper. According to Wikipedia,


“the term flappers in the 1920s referred to a "new breed" of young Western women who wore short skirts, bobbed their hair, listened to jazz, and flaunted their disdain for what was then considered acceptable behavior. Flappers were seen as brash for wearing excessive makeup, drinking, treating sex in a casual manner, smoking, driving automobiles and otherwise flouting social and sexual norms.”

That was Clara, but that was not all that she was.


Across the decades, Clara continues to cast a spell. She is the best girlfriend, the sexy sweetheart, the seductive minx. She is a regular person from Brooklyn. Even though Clara is gorgeous, we believe she is real, just like you and I, only more vibrant and vivacious. She has the qualities of the great ones who are set apart from the rest. There is a generosity in her spirit that translates to film. She wants to have fun. What makes Clara oh-so-special is that she wants you to have fun, too. 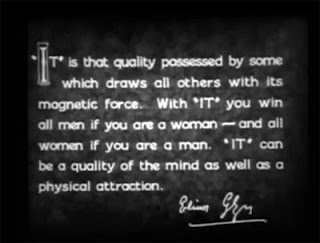 Clara was the original "It Girl," a term that is still with us today and one that is associated with sex appeal. She is excessively pretty and sexy, especially in sad photos, but I like to see her happy. Of course, the sadness of her life is legend and we don't have to dwell on all that. The sad Clara is gone, but the young, peppy flapper is still with us. Clara's biography, "Running Wild" by David Stenn,  tells all and it is a harrowing story much more dramatic than any film she ever made. I prefer to watch Clara on the screen where she is forever young, pretty and happy.

Let Clara's face speak for itself: 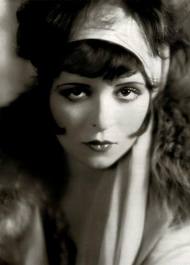 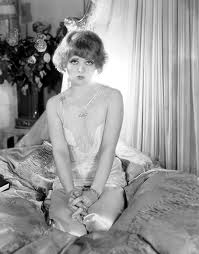 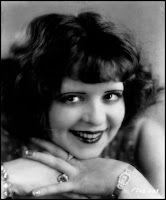 Clara Bow belongs totally to the 20s and the Jazz Age. If you look closely at Clara's pictures, you can always see a hint of sadness. Just like the 20s, there is desperation underneath and maybe a premonition of disaster around the corner. But let's not go there. Let's keep it light and skim along the surface. Like stones tossed out on dangerous waters, she skips lightly and joyously. She is a magnificent silent screen star.
Here is Clara having fun and just being Clara at Coney Island (with a most unworthy Antonio Moreno) in 1927's "It." Don't you just wish you could be there with her?
.

Thank you soooooo much for this PAGE!!! Wonderful Clips of Clara Bow!! For me, SHE IS IT!!! Kudos, Kudos, KUDOS!!

She is one of a kind. Her life story is so rich, I wish a movie could be made. But - who would play her?

Clara, I want you to be happy too!

Christine Aquilera? I can see it! Good suggestion.

the way you write is so beautiful... and makes me want to know more about the stars you write about

Thanks for writing about Clara Bow. I'm a new and forever Clara Bow fan. Who would play her on screen. Oh my.
I'd have to think about that one.

Beautiful actress and woman. I have read about her life. As a child and after retiring from the movie scene, she had a hard life. Especially with the kind of parents she had. Love ya Clara. I hope you have found light and happiness in heaven.

What a doll. I remember seeing "IT" for the first time when I was 14 on TV and loved it... Love film, silents and Clars.. she is adorable and always an inspiration!