This is my entry in Cinemaven's Essay's From the Couch Free For All  Blogathon. Hurry over to Theresa's site and dive into this awesome smorgasbord of film fan mania!

Turmoil. It's all around us. It's all inside us. You got your personal turmoil and you got your social turmoil. How to get through the day when the news from the TV is driving you nuts? How to get through the night when your friends make you wish you had new friends?
Therapy? I've tried it all - your meditation, your yoga, your chamomile tea and your trips to the gym. They're not bad, but I've learned that there is one person who can always set me on the right path. That would be none other than the great Mr. James Cagney himself.

Jimmy has helped me get through so many tough times and I would love to share a few of his ways of wisdom with you.

Really. This is good advice. Of course, differentiating the small stuff from the big stuff can be tricky, but once you determine it's small stuff, just blow it off like Jimmy.

Pondering a situation before acting is well worth the time; thinking before you speak even better.

3.  Once you've thought it through, act decisively.

Sometimes, you just have to make a point (even if it is metaphorically).

Good advice always, especially if you can do it with grace.

Everything is not always what it seems. Boldly lift the veil and look for truth.

6. Enjoy your pleasures in moderation.

7. Don't be afraid to show your emotions

You'll feel so much better after a good cry.

8. Don't be afraid to show your darling you love him/her.

We all need to know we are loved.

9. Have fun with friends.

Friends sustain us and know us best. And, if you get a chance to have fun with Ann Dvorak, take it!

It keeps your brain in good working order and it's good for the spirit.

11. No one will ever love you like your mother.

12. Laughter is the best medicine.

So thank you, Mr. Cagney. Somehow, you always manage to get me though my darkest hours. Even when you're one of the bad guys, you're always one of the good guys - full of the joy of living.

Don't forget to get over to Cinemaven's Essays From the Couch for more wonderful, eclectic and wondrous love letters to movies! 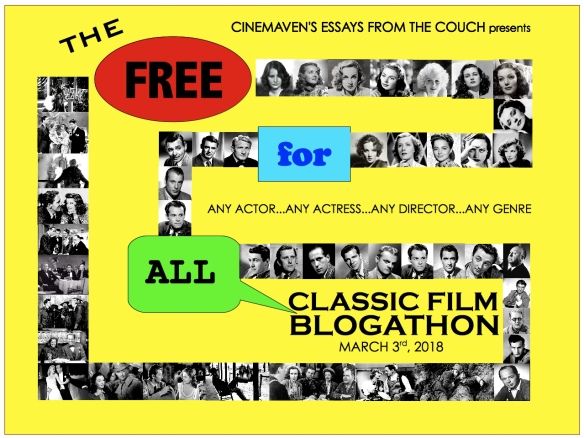 This is my entry in Silent-ology's 4th annual Buster Keaton Blogathon. For more things Keaton, click here and, come on, smile!

Buster Keaton had a dream.....

Buster usually stood by - silently - and watched the world go by. But what if he - Joseph Frank Keaton - were President of the United States? As he tossed and turned, somehow it all became clear...

His party: Forget the big 2. Buster represented the Porkpie Party.

The Porkpie Party Platform: See More Movies! Buster felt certain that movies would cure anything that ailed anyone. 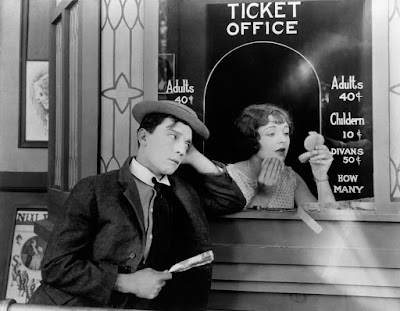 The Porkpie Party Cabinet:
Buster will stick pretty close to the traditional titles, but adds a special one for his Porkpie constituency. 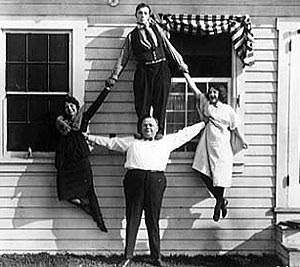 Roscoe has always supported Buster in more ways than one. 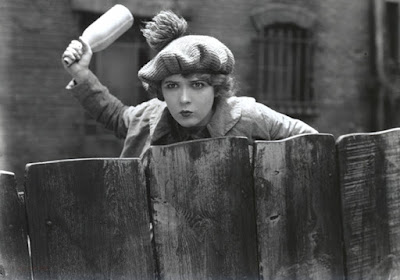 Beloved worldwide, if anyone can make everyone behave, it's Mary.

3. Secretary of the Treasury: Douglas Fairbanks 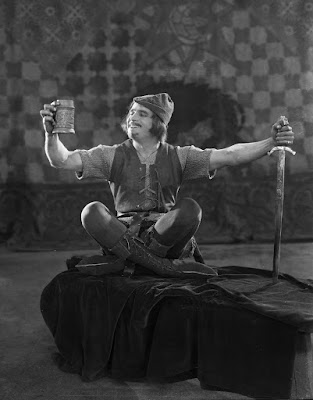 Buster saw "Robin Hood" and concurs with its fiscal policy.

4. Secretary of Education: Laurel and Hardy 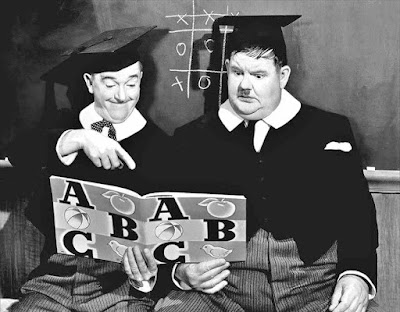 Getting 2-for-1, Stan and Ollie will elevate the higher learning standards of our nation. 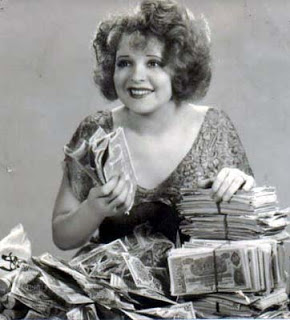 Clara knows what sells and she sure can rake in the big bucks. 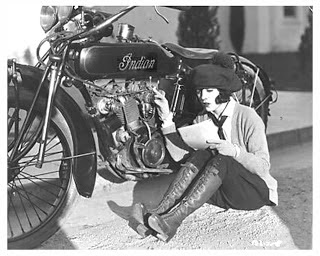 Mabel knows show to get around in style. 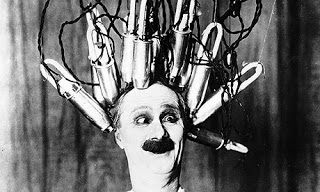 Ben has lots of real (and manufactured) energy. 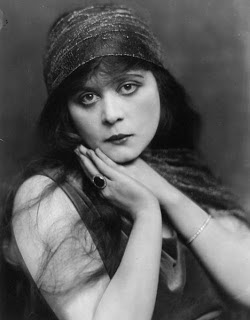 Buster figures if any vet wants to have an affair, Theda is the woman for the job. 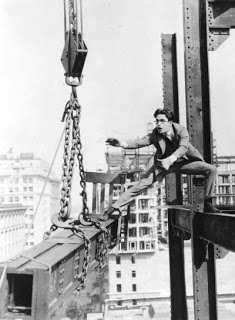 Harold has his finger on the pulse of the city. 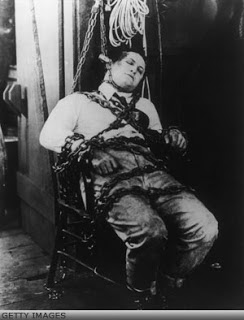 Buster knows Harry from way back and figures his talents might just come in handy.

And a new position: Secretary of the Cinema: Charlie Chaplin 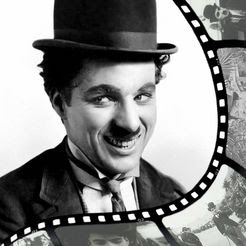 Secretary Chaplin will travel the world promoting film as the universal language.

In his slumber, Buster's brow began to furrow. With all of this talent in government, who will make the movies? Suddenly, what started out as a dream ended in a nightmare. 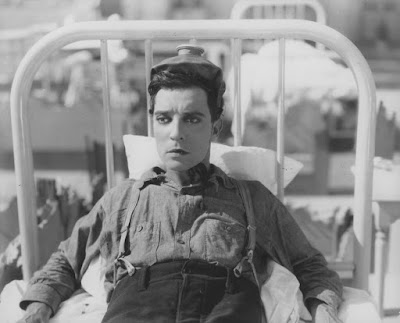 Buster woke in a cold sweat and decided right then and there that if drafted he would not run and if elected he would not serve. He'd rather make movies. Now that's something even Buster could  smile about!

Remember, there is more Buster at Silent-ology's Buster Keaton Blogathon! 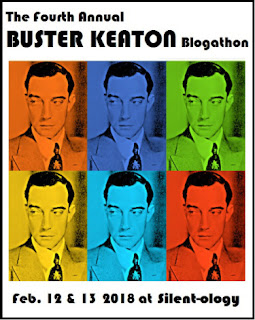 This post is a re-working of a little fantasy I had quite a few years ago. But, hey, if you can't steal from yourself, who can you steal from?

Google: The Buzz Kill for the Thrill of Discovery

If you are not old enough to remember life without Google, this post will most likely seem like ancient history. But, if you like playing games that take you through mazes and dead ends before reaching your treasure, read on.

My first crazy passion for classic film started with New York’s WNEW Channel 5 showing “The Public Enemy” on a Saturday afternoon. I was probably 12 or 13 and I was alone in the house. I was completely taken by this James Cagney guy and, like any good budding film nut, I became instantly obsessed. But how, how, to know more? How to feed this obsession when my friends were drooling over the Beatles and the Four Seasons?
Back then there were only 2 sources of information: the local library and the local bookstore. So, I trotted off to the card catalogue, wending my way through the Dewey Decimal system, finding my way to a section of the library that contained books about film. Eureka! A treasure trove! Books by critics, books about stars, books filled with lush black and white photos. And there, little by little, I learned about Mr. Cagney and, by extension, Joan Blondell, Jean Harlow, Ann Sheridan, Bette Davis, Olivia de Havilland and all of the other Warner Brothers usual suspects. Oh, the places this exercise took me! The hours spent alone with armloads of books at my disposal – what bliss! And now that I was armed with a little knowledge, I could scour the reduced price book section at the local bookstore (the local independently owned bookstore, I might add). I still have my treasured first purchase of “The Stars” by Richard Schickel.
Hunting for information at the library became a favorite pastime. Finding information was a thrill. Following a trail of indexes and references to the bingo spot was fun and satisfying. It also helped me develop a real nose for research. I prided myself in pointing myself in the right direction. And sometimes it was fun to go off track in the wrong direction. Once it took me to the Ziegfeld Follies. Oh those beautiful ladies!
So, fast forward to the world of Google. In recent years I’ve wanted to know more about such stars as Kay Francis, Richard Barthelmess, Miriam Cooper and Marion Davies. Oh, so easy to just type their names and read a bio, see tons of beautiful photos and even see film on YouTube. But somehow, it was more fun having the thrill of discovery wash over me at the Hicksville Public Library and seeing that “The Strange Love of Molly Louvain” was playing at a local college. Hey – what’s the story with that Ann Dvorak?? Must know more……