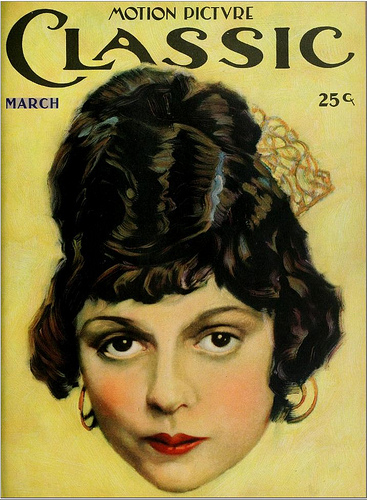 When the flapper exploded into popular culture in the 1920s, women in film suddenly became more complicated. Before the woman of the 20th century appeared, there were usually only 2 types of women depicted in film: the virgin or the vamp. The virgin was good, but the vamp was more fun.

The vamp of the silent screen was a vixen, a temptress and a heartless wench. The term “vamp” referred to Rudyard Kipling’s 1897 poem “The Vampire”
The poem was inspired by this Sir Philip Burns-Jones’ painting of The Vampire.

You can see she was a voracious creature – so unlike Lillian Gish.

As movies became the popular entertainment of choice, the vamp was shown in full flower – heartless, beautiful, a woman of the world who took what she wanted and moved on, leaving her victims broken and bowed.

There were many bad movie ladies in those early days, but 2 ladies notably pushed the vamp-meter to its highest level. 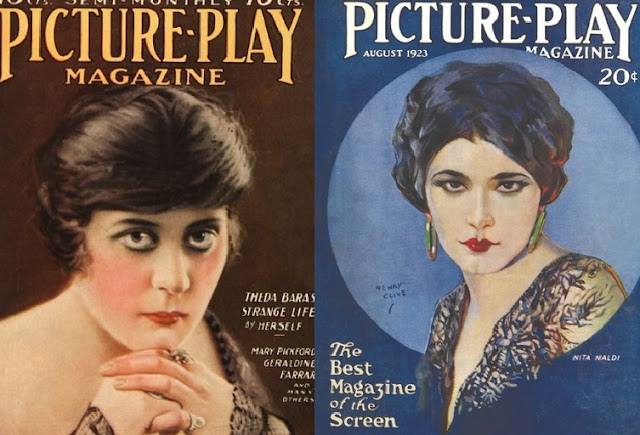 Even today, the name of Theda Bara is associated with the vamp. Almost none of her films survive, yet the fame still persists.

Struggling actress Theodosia Goodman (of a proper Cincinnati family) landed the part of The Vampire in 1915’s “A Fool There Was” and her fame was sealed. Thankfully, this film does survive and even in the crude technology of the day, her absolute audacity shines through.  Compared to Mary Pickford, this gal was a handful!

Theodosia had changed her name to Theda Bara for the lowly movies (Bara being part of a family name Barranger), but by 1917 the sexpot’s allure was so great that the masterminds at Fox declared it was really an anagram for “Arab Death” and that his mysterious minx was born in the shadow of the Sphinx, possibly the daughter of an Italian sculptor or a Sheik and a French temptress. She was always to appear mysterious in public and never a just the American girl she was. And so the movie publicity machine was born.

Theda was a hot ticket at the box office from 1915 – 1919, when such blockbusters as Cleopatra and Salome wowed ‘em across the country. Once she left her home studio, Fox, in 1919, she couldn’t keep the momentum going. Being so heavily identified with the vamp, she founds non-vamp parts hard to come by. She tried the stage and a few minor productions, but the world of cinema had passed her by. The truth was, she probably wasn’t much of an actress, but she sure was a terrific movie star.

Sadly, all that remain from Theda's blockbusters are still photos that make the loss of such films especially painful. What would you give to see Theda in action as Cleopatra in these duds? 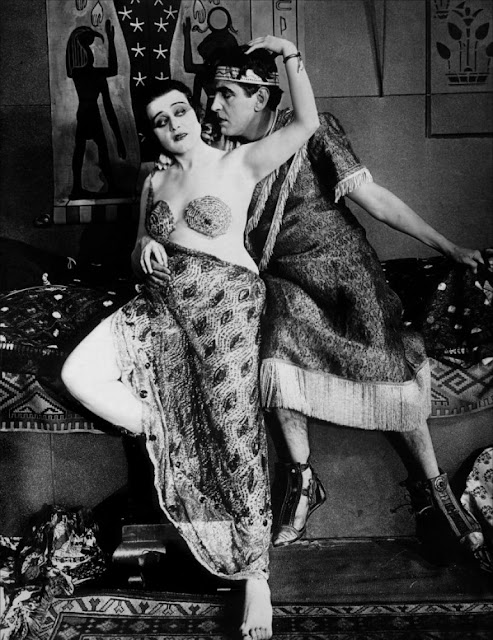 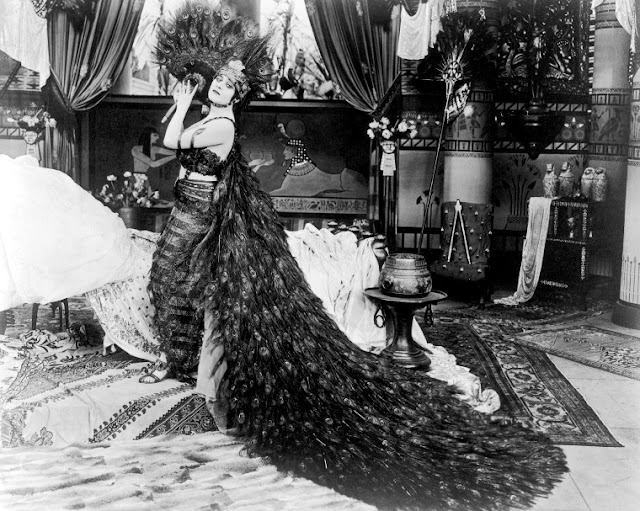 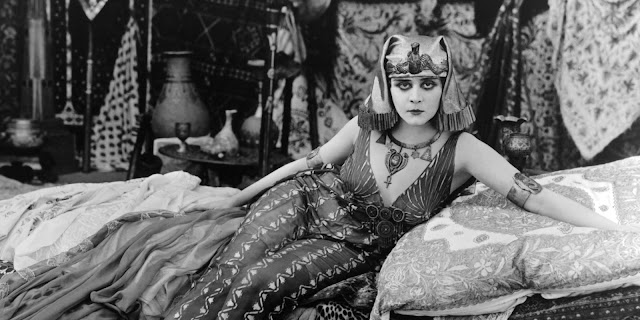 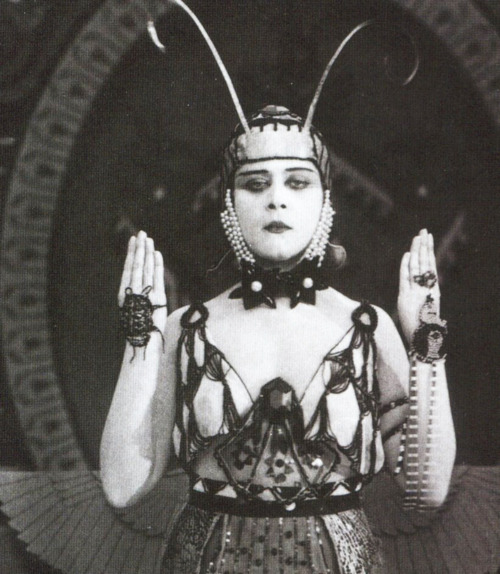 Theda married director Charles Brabin in 1921 and they remained married until her death in 1955. She always listed herself as available for employment until the day she died.
Nita Naldi 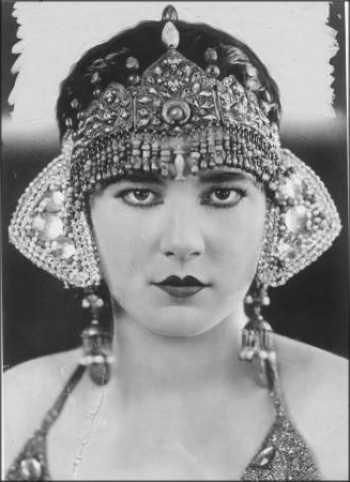 On the heels of Theodosia Goodman came Mary Dooley, better known as Nita Naldi. Nita was a lovely Ziegfeld Girl who, after a few minor films, made a splash in 1921’s Dr. Jekyll and Mr. Hyde with John Barrymore. She and Barrymore became great and lasting pals. 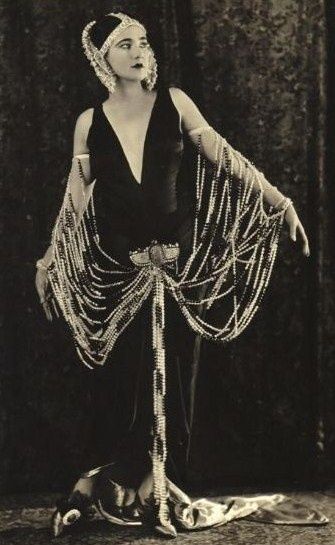 Nita really hit the big time when she was chosen to play Dona Sol in 1922’s Blood and Sand, starring opposite Rudolph Valentino.

Although she was a New York gal, Nita exuded a continental and exotic appeal that a vamp required. She and Rudy had great screen chemistry and they went on to star in 3 films together. Nita became friends with Rudy and his wife, Natacha Rambova, but when they split, the friendship failed.

As quickly as her star rose, it fell at the end of the silent period. Nita never made a talking film. Unlike Theda, Nita was inable to secure a comfortable retirement. The Depression hit her hard, but she managed to find occasional work and some successes on the stage. She even coached Carol Channing on the ABCs of vamping for the 1955 Broadway musical "The Vamp."

The emergence of a more three dimensional feme fatale put an end to the reign of the vamp. Stars like Garbo, Negri and Dietrich offered the public a more complex woman of mystery. No more skulls and mysticism, but it was sure fun while it lasted.

Next up: The Silent Italian Divas: Vamping with a Vengeance!