BANNED AND BLACKLISTED: STATE CENSORSHIP BOARDS: NOT COMING TO A THEATER NEAR YOU

This is my entry in the Banned and Blacklisted Classic Movie Blog Association Blogathon. Click HERE for more forbidden fruit!
From the moment moving pictures became the medium of the masses, two mostly opposing factions of society have been at odds: those who wish to moralize vs. those who wish to push the limits of conventional decency. From the moment belly-dancing Fatima shook her stuff in 1886, it became clear that this form of entertainment needed policing!

In 1901 a dress blowing up to expose a woman's legs was enough to make clear that moving picture were not wholesome.

Women's ankles! Smoking! Sex! Something had to be done! Sex wasn't the only offense. People flocked first  to Nickelodeons and later movie theaters to see stories of crime, drunkenness, violence and other abhorrent (and entertaining) behavior that much of the public felt was unfit for children and decent adults. Because the infant film industry seemed unable or unwilling to police itself, state and municipal censorship boards were established to keep the obscene from being seen. New York City's was christened as early as 1906, followed by those in other cites and states around the nation. The State Boards in Kansas, Pennsylvania and New York were particularly powerful. It's amazing anyone in Kansas ever got to see a movie!

The National Board of Review of Motion Pictures (originally the National Censorship Board) was begun in 1909 in response to New York City’s Mayor McClellan’s crack down on motion picture exhibitors. McClellan viewed movies as an encouragement to erode the morals of the city’s masses. The Board, a non-governmental body, was formed to endorse good and wholesome films for the public (and avoid government regulation), giving it a stamp of approval. It also served to act as an alternative to legalized censorship, which already existed in Kansas, Pennsylvania and Ohio. Films were, in fact, censored by this Board. As late as 1950, films still carried the legend “Passed by the National Board of Review.”

In 1915, the Mutual Film Corp. vs. Industrial Commission of Ohio had a far-reaching impact on film censorship.  The Ohio Board of Censors, like other State Boards, charged a fee for the review of a film before it could approved for viewing in the state.  Anyone showing a film not approved by the Board could be arrested. Mutual, a film distribution company, took on the Ohio Board, accusing them of interfering with interstate commerce and, critically, violating the right of free speech. The court ruled in the Ohio Board’s favor, essentially ruling that freedom of speech did not extend to film. State and municipal boards were free to impose any and all regulations deemed acceptable to the locality. What was acceptable in New York (whose own censorship board was instituted in 1921) was not always acceptable in Kansas.

1915 was also the year of “Birth of a Nation,” still one of the most controversial films ever made.  Heavily protested and banned, the film stirred controversy wherever it played (and didn’t play). Kansas, in particular, waged a fierce battle over this film. Initially banned, the fate of the film volleyed back and forth between those who wished it never to see the light of day and those who advocated its release.

The 1920s brought the scandals of Hollywood into the local movie theaters. Roscoe “Fatty” Arbuckle’s films were banned after his 1921 involvement in a wild Labor Day weekend party in San Francisco that resulted in the death of actress Virginia Rappe. Arbuckle, after multiple trials, was eventually exonerated of the murder charge, but his career was finished when state and local censorship boards refused to show his films. Comedienne Mabel Normand, whose reputation was already shaky due to her friendship with murdered director William Desmond Taylor, found her films banned across the country when she and actress Edna Purviance were in involved in another drunken party, one where Mabel’s chauffer shot Edna’s boyfriend.  Purviance, Charlie Chaplin’s leading lady, also suffered, as many localities went so far as to ban early Chaplin shorts that featured poor Edna. It was bad enough that drunken and low down behavior was portrayed on the screen. It was worse when the residents of Hollywood were found to be no better than the movies that portrayed such immoral behavior.
In 1922, in an effort to stem the mounting call for legal oversight on Hollywood, the film industry proposed self-policing and hired former Postmaster General and generally moral Presbyterian Will Hays as the face to Hollywood’s commitment to censor itself. By 1927, the pressure for governmental censorship was growing thanks to films starring the likes of Clara Bow and Valentino, not to mention the films of C.B. De Mille.

First, there was this “do’s and don’ts” list of rules:

Resolved, that those things which are included in the following list shall not appear in pictures produced by the members of this Association, irrespective of the manner in which they are treated:
·         Pointed profanity – by either title or lip – this includes the words "God", "Lord", "Jesus", "Christ" (unless they be used reverently in connection with proper religious ceremonies), "hell", "damn", "Gawd", and every other profane and vulgar expression however it may be spelled;
·         Any licentious or suggestive nudity – in fact or in silhouette; and any lecherous or licentious notice thereof by other characters in the picture;
·         The illegal traffic in drugs;
·         Any inference of sex perversion;
·         White slavery;
·         Miscegenation (sex relationships between the white and black races);
·         Sex hygiene and venereal diseases;
·         Scenes of actual childbirth – in fact or in silhouette;
·         Children's sex organs;
·         Ridicule of the clergy;
·         Willful offense to any nation, race or creed;

By 1930, the Industry had adopted the Motion Picture Production Code (“the Code”) and promised films that would not offend.

Lax enforcement and the advent of sound presented another challenge for the sensors.  From 1930 through July 1934 Hollywood sent out a proliferation of what we now call “Pre-Code” films – some still standing up to the definition of racy and morally questionable (not to mention fun).
Enter Joe Breen in July 1934 and the fun came to an end. The establishment of the Production Code Administration tightened the noose and sex, booze, and good endings for bad people came to a screeching halt. Breen’s ascent gradually diminished the need for state and local censorship boards, although some hung on until the bitter end.
Jane Russell’s bosom in 1943’s “The Outlaw” caused the ruffling of some local censorship board’s feathers, as did the flood of foreign films (starring the likes of Bridgette Bardot) in the 1950s and 1960s. In 1952, the case of Joseph Burstyn, Inc. v. Wilson overturned that 1915 Mutual Film decision. The battle was over a New York distributor’s right to show a Roberto Rosellini film called “The Miracle.” Limits continued to be pushed. Billy Wilder’s 1959 “Some Like it Hot” was not granted code approval, but the public made it a hit. Otto Preminger went to the wall in 1953 with “The Moon is Blue” when Kansas, Ohio and Maryland banned the film (which was also condemned by the Catholic Legion of Decency – who generally didn’t approve of much) due to its subject matter of illicit sex, chastity and virginity. The film was released without the code’s certificate of approval, but when the state boards banned the showing of the film, Preminger fought it in court, first winning in Maryland and then taking the Kansas decision all the way to the Supreme Court and winning.
By the end of the 1960s, the code was pretty much abandoned and in 1968 the rating system of G (for general audiences), M (for mature content), R (restricted - no one under 17 allowed) and X (for sexually explicit content) was unveiled. I remember begging my mother to take me to see “Rosemary’s baby” in 1968 because I wasn’t 17. Bless her, she did. 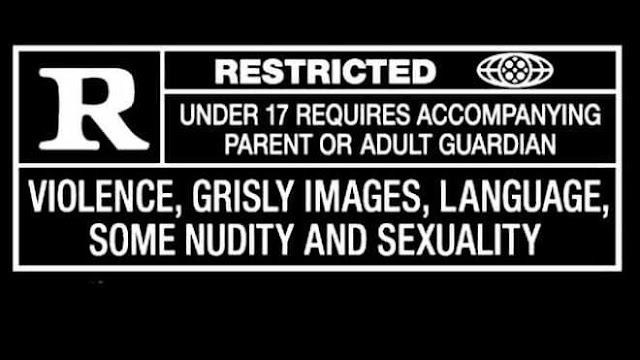