I'm Smitten: The Fetching Bernice Claire and the 2 Mr. Grays

It's been a while since I have been smitten with a new-to-me find (classic movie wise). Being a fan of those early days musicals, Bernice Claire has been on my radar, but I have never seen her in anything. Thanks to good old TCM, I finally got to see her in "Spring is Here," one of those impossibly awful but utterly charming early movie musicals. 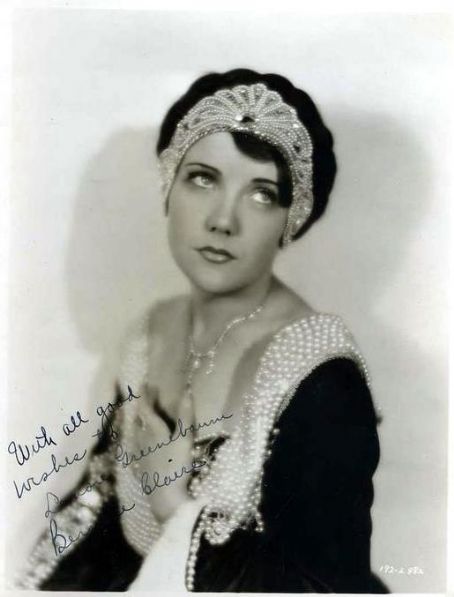 Just take a look at her... the smile, the pert little nose, the natural manner and the lovely voice. Oh, and please ignore that other Mr. Gray - Lawrence of the nasally, annoyingly ordinary voice. Here they are singing "With a Song in My Heart," from "Spring is Here" (1930) - courtesy of Rodgers and Hart.

Her more permanent partner in song was Alexander Gray. Like Nelson Eddy, he possessed a booming baritone, and like Nelson Eddy he did a great imitation of a piece of wood. I had seen Mr. Gray in "Sally," when he supported Marilyn Miller, but since her talent was dance, there were no big voice duets for him. He and Bernice Claire had performed together on stage prior to arriving in Hollywood, so First National (home to such wonderful early musicals) brought Bernice along with Alexander.

Their first film appearance together was in the extremely popular "No No Nannette" (1930). Sadly, this movie, filmed entirely in Technicolor, is lost, except for an incomplete black and white version that exists at the British Film Institute National Archive. 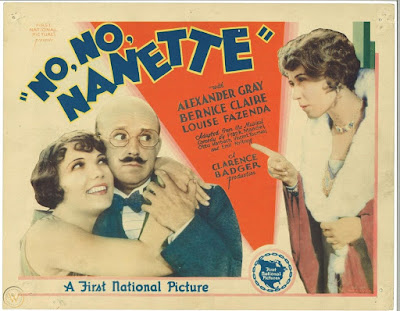 Here they are with another number from "Spring is Here."

For a hot moment, musical were all the rage in 1929 and 1930 - until they weren't. Audiences turned on them in an almost vicious way and songs in already filmed movies were suddenly cut before they were released to the public. Take, for instance, 1930's "Top Speed," starring Bernice along with Joe E. Brown. Aside from being a really racy pre-code, there are moments when a set up to a song is begun, a little music plays and then the film abruptly and awkwardly cuts away to another scene.

"Top Speed" is actually an interesting little film. While I do not appreciate the big mouth shtick of Joe E. Brown, I am always surprised at his innate musicality (his dance with Marilyn Miller in "Sally" was quite appealing).  Also, the film starred a fellow by the name of Jack Whiting, who was entirely new to me.

Now, he wasn't much of a leading man for Bernice, but when I did a little research on him I found that he was the last husband of the first Mrs. Douglas Fairbanks, Beth Sully. Of course, I had read how Doug's mad love affair with Mary Pickford wrecked his marriage to Beth, and she was always portrayed as the poor gal who stood in between the future king and queen of Hollywood. I was happy to learn that she and Mr. Whiting had a long and happy marriage.

Here she is in "Kiss Me Again" (1931), singing a song she was often requested to perform, but which barely survived all musical cuts from the film.

Bernice Claire made exactly 13 films from 1930 to 1938. She then concentrated on radio and stage performances, so for her, movies were just a brief interlude in her career. One of the reasons I love those early, goofy musicals is that it gives us a chance to see popular stage performers of the era. In those early days, studios imported established musical performers for those films. Because of them, we get to see performers like Bernice Claire and Alexander Gray, Fannie Brice and Marilyn Miller, just to name a few. Not all of them made the grade in Hollywood and their stars dimmed long ago, but thanks to film (at least the ones that have survived) we are blessed with the opportunity to see them.