This is my contribution to the Wedding Bells Blogathon hosted by the always elegant Annette at Hometowns to Hollywood. Click here to immerse yourself in more cinematic wedded bliss.

Who is Sylvia?
I love a good Hollywood true true-love story. Lucy & Desi, Larry & Viv, Liz and Dick.... wait a minute..... Seems like somebody else always has to muscle their way into perfect harmony, doesn't it?
Two of my favorite Hollywood stars are Douglas Fairbanks, Sr. and Clark Gable. Aside from their unforgettable screen performances, there was something so dashing, so masculine about both men, along with the big plus of each having a breathtaking singular love story.

One of the biggest love stories of early Hollywood was the one between America's Sweetheart, Mary Pickford and that swashbuckler deluxe, Douglas Fairbanks. Both ditched inconvenient spouses and braved public scorn to be together. The lord and lady of Pickfair were so beloved by their public that their split in 1936 after 16 years of (alleged) wedded bliss was shocking.
Even more shocking was the appearance of this lady on Doug's arm.

Who was she? Who was this nobody, this Yoko, who stole the virtuous, sweet Mary from her one true love? She was none other than the notoriously delicious and fun-loving Lady Sylvia Ashley (Silky to her friends, thank you).

A little background on Silky (if I may call her that). Born Edith Louisa Sylvia Hawkes to a decidedly middle class British family, Sylvia worked her way up from lingerie model, dancer to show girl/stage actress of middling success during the 1920s. But Sylvia's eye was not on a great theatrical career. A wise gal who played to her strengths, she devoted her considerable talents to marrying well. In 1927 she bagged an English aristocrat, Lord Ashley, and put her stage acting days behind her.

The marriage only lasted until 1934, but she was forever after known as Lady Sylvia Ashley, no matter who the current spouse. The main reason the marriage went south was because Sylvia had fallen for Douglas Fairbanks and he, a sucker for British nobility* no matter how tarnished, was smitten. Smitten enough, in fact, to ditch the calm and quietly aging Mary for this delightful, young social butterfly of cafe society. Doug relentlessly pursued youth while his own slipped away and Sylvia pursued the glamorous and more relaxed world of Hollywood society. It was much more her style. When they wed in 1936, she was 32 and he was 53.

By all accounts, Sylvia was a hot number and the aging swashbuckler had a hard time keeping up with his cosmopolitan bride. Ever impressed with British titles and high society, Doug did his best, in tux, to squire his lady through endless late nights of partying, but, clearly, she exhausted him. Ex-wife Mary, who knew him best, predicted "that woman will kill him."

In the end, after 3 years of marriage, at age 56, Doug's heart gave out. Sylvia was genuinely grieved over Doug's demise and always spoke of him with great affection and respect. It was Sylvia who oversaw the creation of her husband's final resting place, one appropriate for a king of Hollywood.
In 1944, Sylvia took another quick trip to the altar with Edward Stanley, 6th Baron Stanley of Aderley, but Hollywood society was more appealing to her than the stuffy drawing rooms of the British aristocracy and by 1948 the couple had divorced.
The adorable love affair of Clark Gable and Carole Lombard charmed the public and her tragic death in a plane crash in 1942 saddened the world and broke his heart. This was one Hollywood love affair that did not end in divorce.

This King of Hollywood had to go on and live his life, and somehow, the man's man who loved the down to earth Lombard ended up with Silky. And it didn't end well.
Both Sylvia and Gable called the union a mistake. Maybe she was looking for another Doug. Maybe he was looking for another Lombard. After all, Sylvia did like horses and claimed to like to fish, kind of like Lombard. Their married life, at least in public, seemed to be a series of posed photos of wedded fun and bliss. The reality was much different. The spontaneous joy of his life with Lombard was nowhere to be seen.
It wasn't long after the wedding day that Gable developed an active dislike for his extravagant and very social wife. Sylvia simply referred to the marriage as a mistake. The odd couple marriage lasted a whole 3 years before they divorced in 1952.

Sylvia took one more walk down the aisle in 1954 to Russian Prince Dimitri Jorjadze. Since the Russian royal family had long been ousted, the Prince made his living by dabbling in the hotel business and racing cars. While she was never officially crowned a Queen as a result of her marriages to her 2 Kings, she did manage, in the end, to receive the title of Princess. She remained married to him until her death in 1977. While this marriage endured, it seems they spent most of their time apart. At last Sylvia discovered the secret (for her) to a successful and lasting union.

Great friends with many Hollywood regulars (including the ever-present Norma Shearer and the equally elegant Constance Bennett), Sylvia was never a second choice or replacement, which may be a reason her marriages to those 2 Hollywood leading men didn't last. She wasn't Pickford and she wasn't Lombard. She was simply herself - lively, extravagant and fun loving. She was more than just a showgirl with ambition or a heat-seeking bride in search of a lonely groom. Along with Constance Bennett and other Hollywood heavy hitters, she was very active in helping provide food, clothing and medical aid for refugees as a result of WWII. 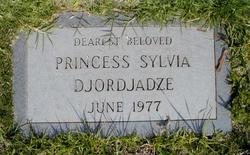 Maybe I'm being a bit of a romantic, but it seems that her marriage to Doug was, for her, a happy one. Sylvia, Princess Jorjadze, rests in the same Hollywood Forever Cemetery, her grave in direct sight-line to Doug's. I think she just wanted to be nearby.

Head on over to Hometowns to Hollywood for more matrimonial mischief! 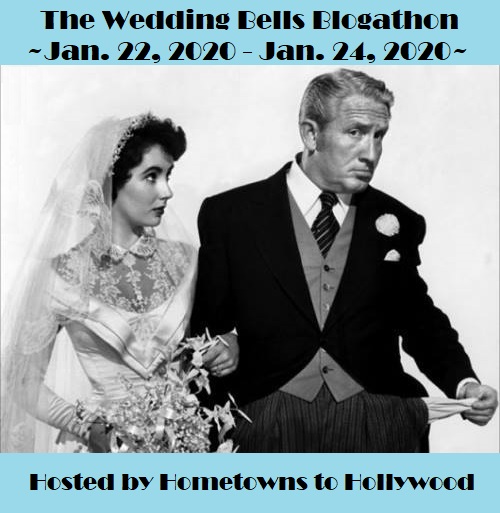 * The allure of Britain and its nobility seemed to run in the Fairbanks DNA. Son Doug Jr. was an avowed Anglophile who developed a British accent and spent a great deal of his adult life across the pond (before finally resting with his dad in Hollywood). Jr. was firmly on Team Mary and memorable dubbed his new step-mother "Lady Ashcan."
Posted by FlickChick at 7:20 PM 14 comments: