Boris and Natasha:Victims of Typecasting

This is my entry in the What a Character Blogathon hosted by the terrific trio Once Upon a Screen, Outspoken and Freckled and Paula's Cinema Club. Click HERE for more unforgettable characters. 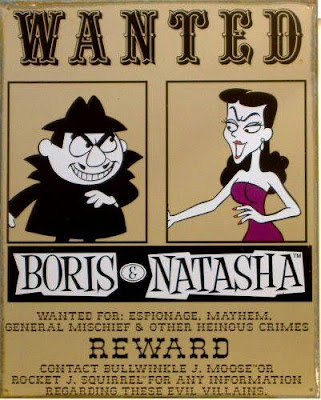 I apologize in advance for veering off course a bit, but some stories just need to be told and some records set straight.

Good actors sometimes are so good that they get typecast. While discouraging to the actor, the public, it seems, like to see certain actors in certain types of roles. Think Johnny Weismuller as Tarzan and Cheetah as Cheetah. Word is that Cheetah auditioned for the role of Norma Desmond's chimp in "Sunset Boulevard," but was not chosen because Paramount felt that the audience would expect Tarzan to show up at that midnight funeral.

Poor Boris Badenov and Natasha Fatale. Cast as the supporting antagonists of stars Rocky and Bullwinkle, the duo never got a chance to spread their acting wings and show their stuff outside of their iconic roles. In fact, many people think Boris and Natasha were actually Pottsylvanian spies and lovers. Neither could be further from the truth.

Boris
Boris Badenov was born in Russia, the product of an illicit liaison between an American father and a Russian mother.
His father, one Gomez Addams, had a one night stand with an unknown Russian woman after an exceptionally nasty argument with his wife, Morticia, while on a Russian holiday. Gomez, when advised of his son, left him in the hands of an old friend, Mr. Big, a shady Russian character.

Natasha
Natasha Fatale's birthplace was unknown, but we do know she was the product of one Morticia Addams and one Fearless Leader (Morticia said it was the scar that sealed the deal). Apparently that fight with Gomez was a doozie.
Once Morticia popped out Natasha she resumed her life with Gomez, leaving the baby girl with her baby daddy.

Fearless Leader, ever devoted to his boss, Mr. Big, turned Natasha over to the little big man who was pleased to have 2 babies to mold as he pleased. He thought they might make good spies or accountants, but the duo, raised as brother and sister, had stars in their eyes and made their way to Hollywood.

The Big Break
Hollywood is a cold town. Boris and Natasha barely got by, taking small parts here and there while working as domestic help.


Boris was particularly crushed when he successfully auditioned for director Preston Sturges only to have his performance stolen from him by Akim Tamiroff in "The Great McGinty." Stolen!!

Natasha, too, encountered disappointment. Every time she tried out for a role, it seemed it went to Ava Gardner. 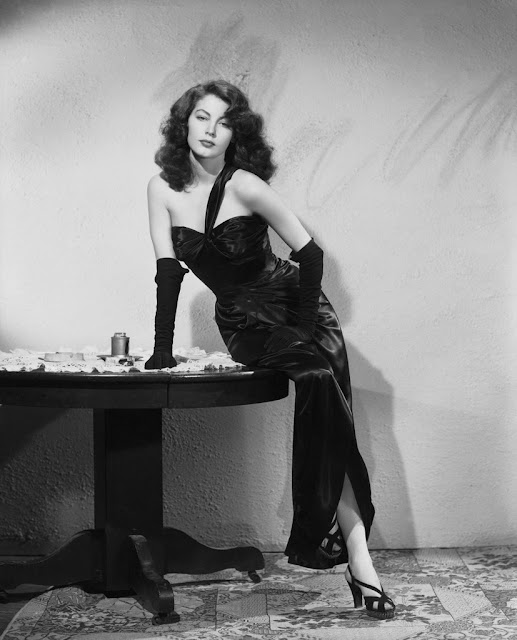 And then came the call. Rocket J. Squirrel and Bullwinkle J. Moose were looking for a pair of actors to pay some bumbling Pottsylvania spies. Boris and Natasha nailed the audition and were cast. Moose and Squirrel agreed they were so true to life! The creator, Jay Ward, loved them so much that he used their real names and even cast father figures Mr. Big and Fearless Leader as an extra bonus. For anyone that is concerned, appropriate work visas were obtained.


Both Fearless Leader and Mr. Big proved to be one-trick ponies and retreated to their lives back in Russia once Rocky and Bullwinkle retired. Mr. Big later resurfaced by complaining that the HBO series "Sex in the City" had stolen his identity and persona. 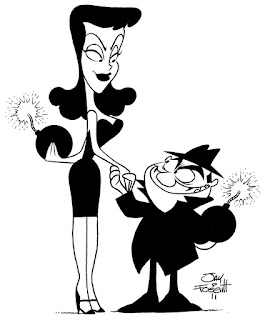 Boris and Natasha appeared in all but 3 of Rocky and Bullwinkle's story arcs. However, they never received more than a credit of "others" or "friends"when the stars were proclaimed at the beginning of the show. Yet, they were an integral part of the Rocky and Bullwinkle show and became familiar figures to the public by virtue of popular support. Here is a compilation of some of their greatest moments:

Life After Moose and Squirrel
Like all typecast actors, Boris and Natasha yearned for different roles. The luckless Boris lost out to Danny DeVito for a role in the TV series "Taxi," 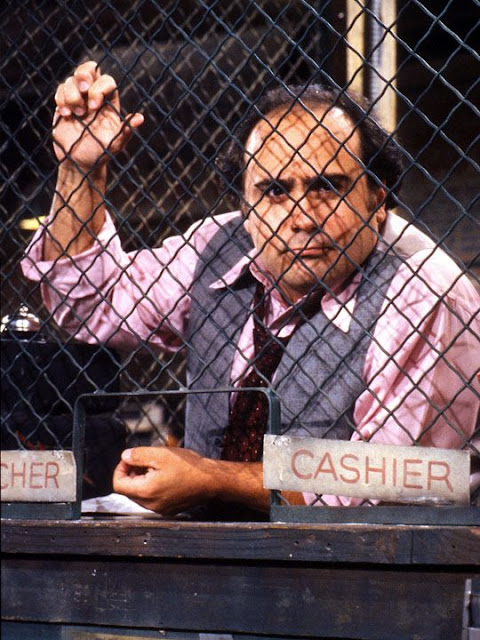 and Natasha lost out to Jane Russell as a representative of full-figured women.


Once Rocky and Bullwinkle decided to call it quits, Boris and Natasha knew their time in the spotlight was over.

Eventually, they retired to private lives. Boris, to Santa Barbara, where he married his physical therapist and raised avocados. He lives a quiet life and is known to his neighbors as the gentleman farmer with the funny accent.

Natasha left Hollywood for Manhattan, where she met a billionaire and lives in a big golden tower. Sometimes, when he is asleep, she swears she sees Squirrel on his head. 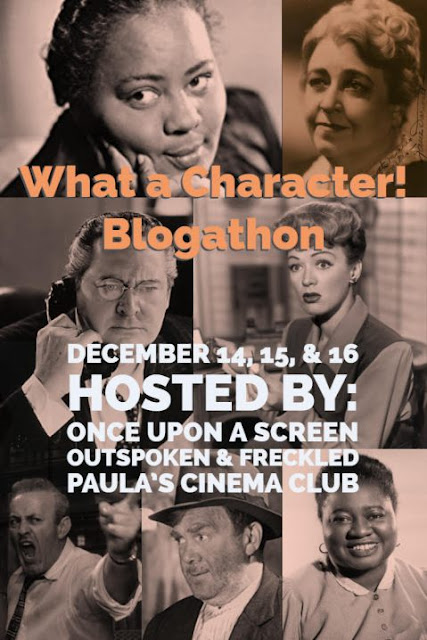 One last note: please don't try to make too much sense of this!
Posted by FlickChick at 11:38 AM 22 comments:

Okay, we all know Hollywood is king when it comes to classic films, but New York City's not too shabby. As proof, TCM offers a swell tour of the city I love best (but TCM - if you're listening - how about a Paris TCM tour? I'll be the first to sign on!). 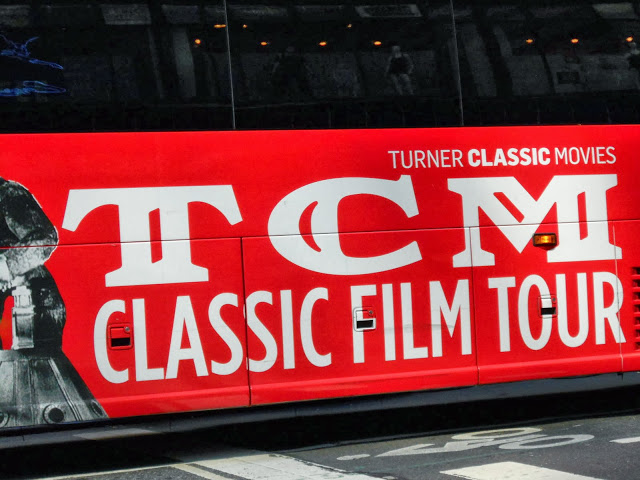 This was my second time on the tour, the first being in 2013. But I had that funny sense of deja vu when I stepped on the bus. Turns out we had the same tour guide as we had in 2013. For the record, Jason was fantastic in 2013 and was even more fantastic (if that's possible) in 2018.

It was a nasty, gloomy NYC day for our tour. Yes, we know we can't compete with Hollywood when it comes to the sunshine. But, once we all met at the Stardust Diner and climbed aboard our comfortable bus, we were treated to some of Manhattan's great contributions to the silver screen. 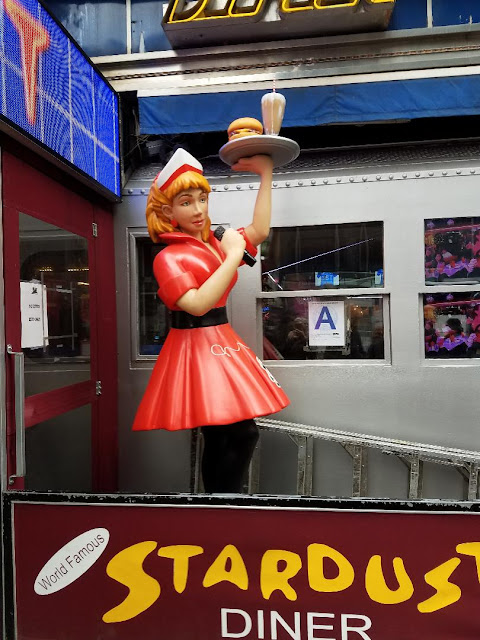 I can never get enough of film history, but I confess I had Cary Grant on the brain that day. Why should tour day be different than any other day? 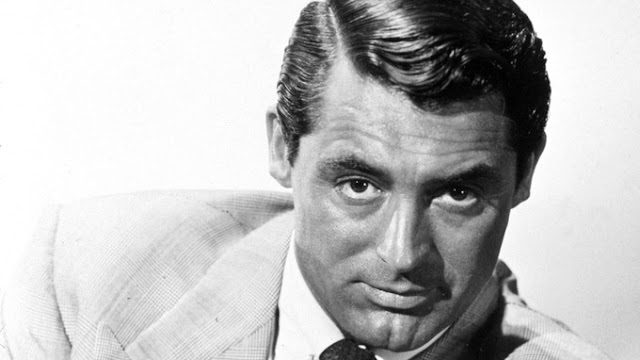 While not a stop on the tour we did pass the Winter Garden Theater. Didn't Cary have tickets for a show there in "North by Northwest"? 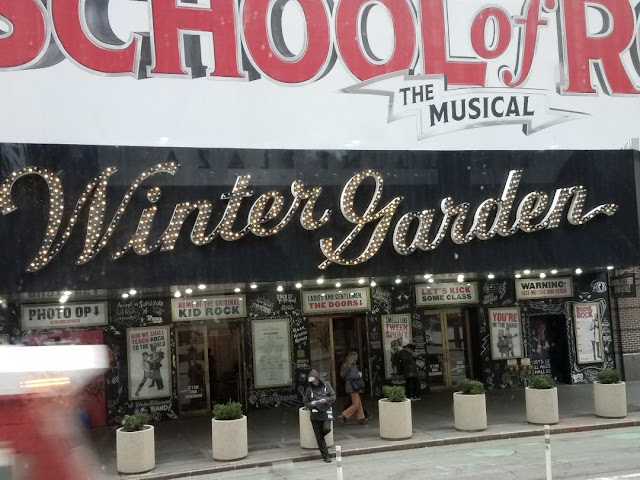 Just to complete the Cary Grant tour, we passed the Plaza Hotel (the oak Bar was where Cary's Hitchcock nightmare started), Grand Central Station (where Cary made his escape with Eva Marie Saint) and the Empire State Building (where Cary waited to meet Deborah Kerr in "An Affair to Remember"). Yeah, yeah, I know there was movie about a big ape that took place there, too.

Okay, enough about Cary (she reluctantly wrote). 2 of my other favorite NYC movie fellas were also featured on this tour: Mel Brook and Woody Allen.

Yes, Cher made a famous stroll to the Metropolitan Opera House in "Moonstruck," but Lincoln Center will always mean Max and Leo to me.

As for Woody Allen, well this (along with a dose of Gershwin) IS Manhattan: 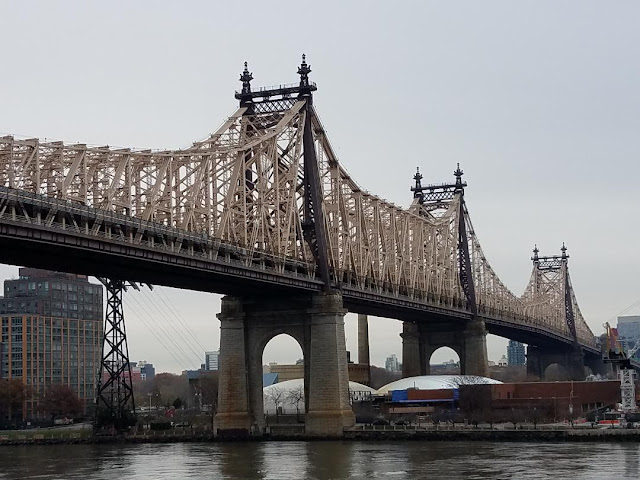 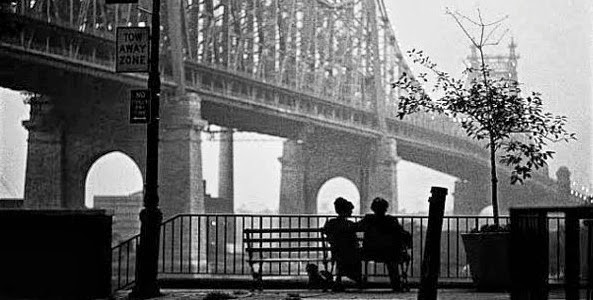 Some other stops: The Dakota, home of Rosemary and her baby, and the Ansonia, home of those Sunshine Boys. Speaking of both buildings, I never stop being amazed at the beauty of the architecture of these and many other NYC buildings. They are truly beautiful and breathtaking creations.


Once in a while, we do have to mourn what is lost. The charming little shop that was The Shop Around The Corner in "You've Got Mail", once an antique shop, is now a dry cleaners, Oy.

And just to brag, yours truly won the trivia contest on the bus. I was so proud. I'll treasure my tote bag.

So, if you're ever in NYC and you want the TCM treatment as only On Location Tours can do it, take the tour. Interested? Check out tour information here. Maybe you, too, can win a TCM tote bag!