This is my entry in the Reel Infatuation Who's your Character Crush Blogathon hosted by the dynamic duo of Silver Screenings and Front and Frock. Click HERE for more cinematic affairs of the heart.
Oh for a man of character! They are few and far between in this world, aren't they? Thankfully we can escape into the world of movies where a man's word is as good as his heart because that's the kind of hairpin he is.

Biff Grimes of "The Strawberry Blonde" (1941) isn't your typical hero. Played in an incredibly sympathetic manner by James Cagney, he repeatedly plays second banana to his blowhard friend Hugo (Jack Carson) and is always a step behind his ne'er-do-well father (Alan Hale, Sr.). He has 2 critical weaknesses in his tough turn-of-the-century New York neighborhood: his basic decency and his romantic and chivalrous infatuation with the beautiful Virginia Brush (Rita Hayworth), the strawberry blonde of the title.

Biff is all bluff and bluster (in that charming Cagney way), but underneath he is honest, trusting, and maybe a bit naive (in the beginning). Outmaneuvered on that first double date, Hugo gets the luscious Virginia and Biff is stuck with suffragette wannabe  Amy (Olivia de Havilland). She, too, is all bluff and bluster, leading the shocked Biff to believe that she, a working woman (a nurse), smokes and, with the wink of an eye, might be open to premarital sex. Good girls in the 1890s didn't do or say things like that! As Amy later noted, she was without a date because "free thinkers usually have a lot of time on their hands."

Biff does manage a date with his strawberry blonde, but it is unsuccessful. While Virginia appreciates Biff's respectful ways, the material girl in her is drawn to sharpster Hugo, so much so that she runs off and marries him, leaving the ever hopeful Biff stunned and proposing to Amy as a consolation prize.

As fate would have it, the gentle Amy and the trusting Biff were a good team, while the slimy Hugo and gilt-edged Virginia were also a match made in, if not hell, then at least purgatory. At Virginia's urging, Hugo hires Biff as an executive in his company. Virginia seems to enjoy torturing Hugo by keeping Biff around, as Hugo knows he sneaked in when a better man wasn't looking.


Biff is incredibly cute when he urges Amy to buy a new dress they clearly can't afford because he doesn't want Hugo and Virginia to show him up. But, Hugo, being Hugo, sets Biff up to take the fall for some shady practices  at his company and Biff goes to jail. Not only is Hugo dishonest, but he's also a coward (those 2 qualities usually go together, don't they?).

It's upon Biff's release (with his dentistry diploma in hand) and his meeting with the patiently waiting Amy that reveals the truth about both characters: Biff has come to realize the depth of his love for Amy and Amy's patience is finally rewarded with the same love and appreciation she has shown all along.

Okay, so maybe I have a little girl-crush on Amy, too.


Fast forward to the present time. Biff is the neighborhood dentist (a dream fulfilled!) who finally gets an opportunity for revenge when, on a Sunday afternoon, he is the only dentist available to treat old nemesis Hugo's aching teeth. He's tempted to pay the lout back with a bit more gas than needed, but ultimately opts for pulling the tooth without any gas at all. Seeing the wedded misery of Hugo and Virginia only confirms what he has already learned: true love counts more than a pretty face. It took Biff a while, but this man of good character valued and loved the life he made with a woman of equally good character. Not only do they, presumably, live happily ever after, but a little Biff or Amy is on the way. 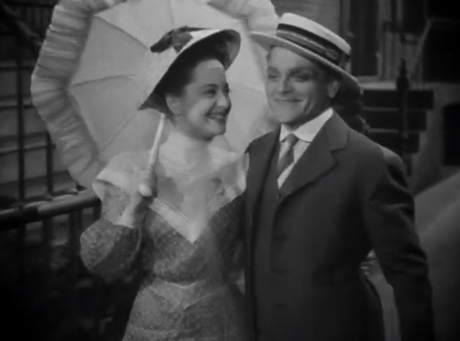 A note on the film: Rita Hayworth and Jack Carson make a dastardly duo, and some of the usual Warner Brothers suspects (George Tobias, Alan Hale Sr., Una O'Connor) are on hand (as well as a pre-Superman George Reeves ready to give Biff another black eye) to lend support, but it is the amazing chemistry between Cagney and de Havilland that gives this film its zest. There weren't many actresses that could hold their own in a great way against Cagney, but de Havilland matches him wink for wink and heartfelt look for look. 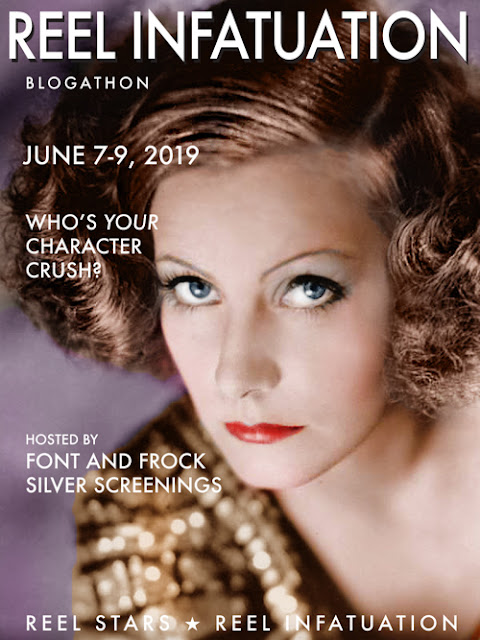