There's One Thing I Do Know....and that is that I love you, Scarlett. In spite of you and me and the whole silly world going to pieces around us, I love you.

Scarlett is 75 and she never looked better! (keep reading for more information about the giveaway!)
Say what you want, the gal has staying power. She has been restored to her original Technicolor glory and she is more beautiful than ever.

I know, I know....it's probably Honey Boo-Boo's favorite movie, too, but I can't help it. It's a great story. Margaret Mitchell wrote a timeless winner and created unforgettable characters. David O. Selznick drove himself and everyone else nuts to produce the work of a lifetime. Max Steiner wrote an unforgettable and emotional score, Walter Plunkett designed costumes that live forever in our memories, and Victor Fleming (and George Cukor) herded these cats with skill and clarity.
Now, the old gal has become rather commonplace these days and is regularly shown on television. So, remembering the great experience of seeing it in the theater many moons ago, I jumped at the chance to see it on the big screen. Boy, am I glad I did.

Shown in its original aspect ratio, the close-ups are particularly lovely (and not stretched across a wide screen giving it that botox look). The performances are almost perfect, with Hattie McDaniel's Mammy full of heart and dignity and Olivia de Havilland's Melanie especially touching in her scenes with Gable. I have always had a bit of an issue with Leslie Howard's Ashley (who was apparently raised in England and educated at Oxford. Which makes me wonder when Scarlett had a chance to fall in love with him). But today, sitting in a theater full of people, I gave him a pass. He charmed me. A bit.

And let's just get it out there and there could never be another Rhett other than Clark Gable and another Scarlett other than Vivien Leigh. Gable is magnificent and sexy (more so on the big screen than you can even imagine), but Leigh is a miracle. She is in almost every scene and she carries this load on her elegant shoulders like the champ that Scarlett is.

I guess that's what I love about Gone With the Wind. It really is all about Miss O'Hara. Scarlett is many things, and some of them not nice, but she is a survivor and stronger than she ever knew. She is put through the wringer and refuses to give up. And, after all that she had been through, remains an optimist. You go girl. I know you got him back.
Giveaway alert (good though October 11, 2014)

Interested in winning a copy of the Gone With the Wind 75th Anniversary Blu-Ray DVD? Besides a bright and shiny restored version, the DVD comes with a few nice extras including the Christopher Plummer narrated "Making of a Legend," a reminiscence by Olivia de Havilland and the TCM bio of Vivien Leigh.

If you'd like to take a chance, please see the instructions on the sidebar to the right of this post.

All of my role models were movie or TV stars. I’m sorry – no public servants, no servants of God, no philanthropists. What can I say? I’m shallow (but in a deep sort of way).
Growing up in the ‘60s, the perceived, went through radical changes. Opportunities that, for my mother and father were impossible to grasp, presented themselves. Getting married and having babies was no longer the only goals to which women should aspire. We were told to want more. But what should we want?
I never didn't think I was going to college and I never didn’t think I would have a career. As I sat on my bed in my teenage room (yellow and white with a daisy-patterned bedspread and yellow shag rug) I knew I could pull myself up by my go-go boot straps and be an independent woman. Being independent meant a) having a job, b) making money, c) living on my own, and, most important to me at that time, d) looking the part (I told you I was shallow).
There were lots of fabulous 60s chicks to look up to, but, for some reason, my ideal of the independent woman was a combo of Gene Tierney, Barbara Stanwyck and Joan Crawford in a suit. Julie Christie (the woman whose looks I most coveted) was soft and rebellious. But not professional. Gene, Barbara and Joan were always in possession of themselves, they spoke with authority and they rocked in those suits. They were crisp, clean and perfectly made up. And they were tough. Nobody was going to tell these gals to get coffee!

Life was a little bit like Laurence Olivier’s approach to acting – if you look the part, you will become the part. I think I eventually came close. Close enough so that now the inside feels authentic and the outside can relax a little.


So, thank you, Joan, Gene & Barbara, my secret confidence builders.

This is my entry in the World War One in Classic Film Blogathon hosted by Movies Silently and Silent-ology. Click HERE for more war to end all wars brilliance.

"Mata Hari. She makes love for the papers."

Prostituting oneself for patriotism is apparently a virtue. Just ask 2 Hitchcock heroines Eve Kendall (North by Northwest) and Alicia Huberman (Notorious). Of course, they both ended with up with Cary Grant, so maybe it was worth it? But, I digress. Both of these ladies made fine spies, but they could never hold a candle to the original female spy, the woman whose name is synonymous with espionage and seduction, Mata Hari. And who better to portray the mystery, the sex, the cool that was Mata Hari than the mysterious, sexy and uber-cool Greta Garbo? That's what MGM thought in 1931. The result is an entertaining film of the Garbo formula: you know - an all-knowing woman of the world who is brought to her knees by the love of an innocent man/boy. Oh wait, is that Camille? The Kiss? Well, you get the picture....

And oh what a picture she is. Vamping around World War I Paris in costumes to die for, Garbo wears some of Adrian's most outrageous designs with panache and a much-admired seriousness. If anyone doubts Garbo was a great actress, just think of the great acting it took for her to wear some of these things with a straight and smoldering face. In fact, she never looked more beautiful.

But, back to the war. Garbo's Mata (I love that her lovers call her by her fake first name - Mata) is an exotic dancer/courtesan who is spying for the Germans. She's got French General Shubin (Lionel Barrymore) under her spell and spilling his guts and reports to her spymaster, Adriani (Lewis Stone). All is going well for Ms. Hari,as she is the toast of the town and no one can make the spy allegations stick. A fly enters the ointment in the person of Russian officer Rosanoff (Ramon Novarro). Well, I think he's Russian, but when he pronounces "mother" as "mow-ther" I think the family got sidetracked from Kiev to Juarez. Anyway, Rosanoff is hot and young and stupid and brave.  In other words, meat for Mata.
But, because Mata is Garbo, love enters the picture and, as we all know, there is no room for love in the spy game. She shoots the jealous Shubin as he threatens to expose her and goes into hiding. But the Russian lover boy crashes his plane and loses his sight. Mata comes out of hiding to comfort her boy-toy and is arrested. Rosanoff remains blind in so many ways and Mata faces the firing squad like a man.
The film has lots of pre-code fun, and I must say that Ms. Garbo is quite a delight when she is pulling the wool over everyone's eyes. Her smile and laugh are adorable. I'm not so enamored of Mr. Novarro here. He is way too boyish to be of interest to such a worldly and glamorous creature. He acts as though he wants to carry her books rather than snuggle between the sheets. But, their scenes, thanks to Garbo, have some heat and the after-code release had some steamy moments cut out. 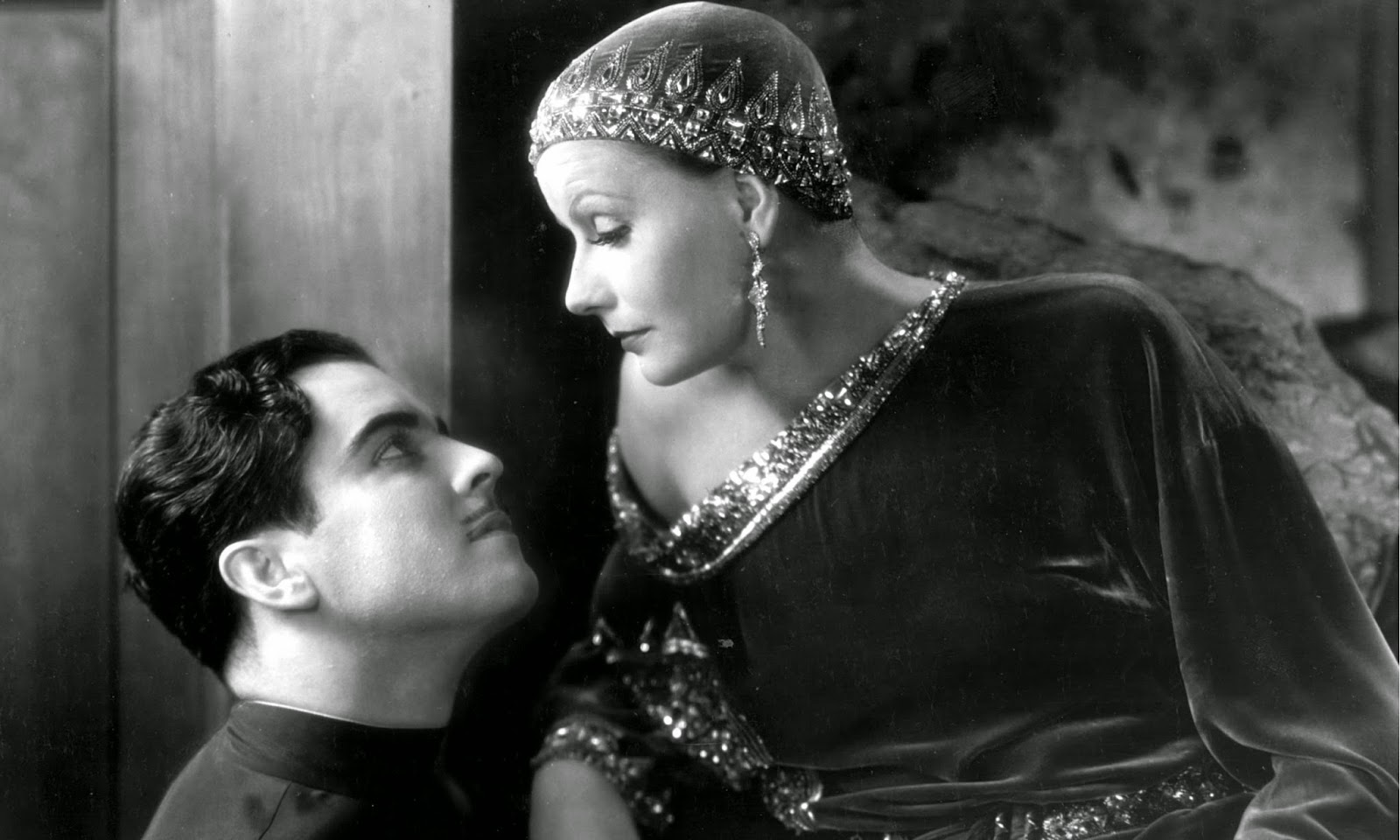 Was this film a dress rehearsal for Garbo? 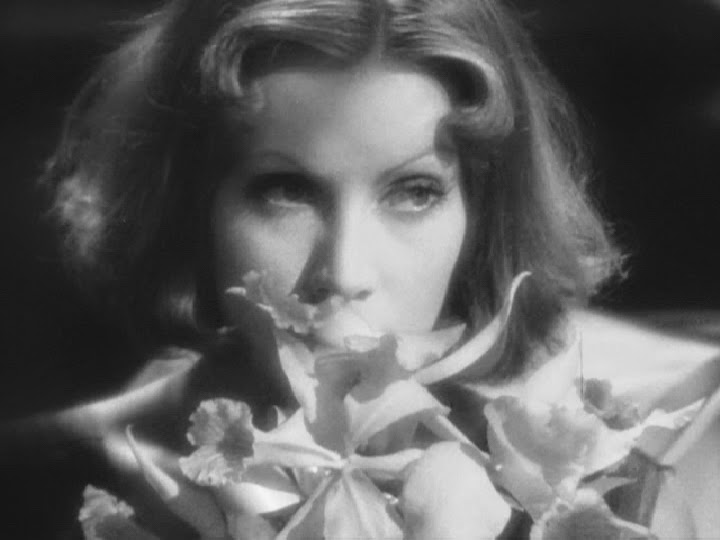 The reclusive Garbo never tooted her own horn. While other stars publicly made contributions to the WWII effort (entertaining or fighting), secretive Greta, it seems, was actually in the employ of the British intelligence (MI6) Beginning in 1939, Garbo frequently left Hollywood for New York for "medical treatment." It turns out that "medical treatment" was her code word for a little espionage for the British.

Working with Alexander Korda (himself recruited by MI6), Garbo gathered information on Swedish millionaire Axel Wenner-Gren, a friend of Hermann Goering. This spying went on for several years and her missions resulted in great success (you can read more about Greta's spying days here).  Seems just playing Mata Hari was not enough for the great Garbo. 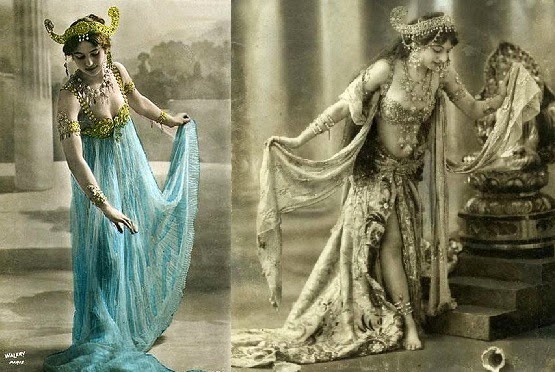 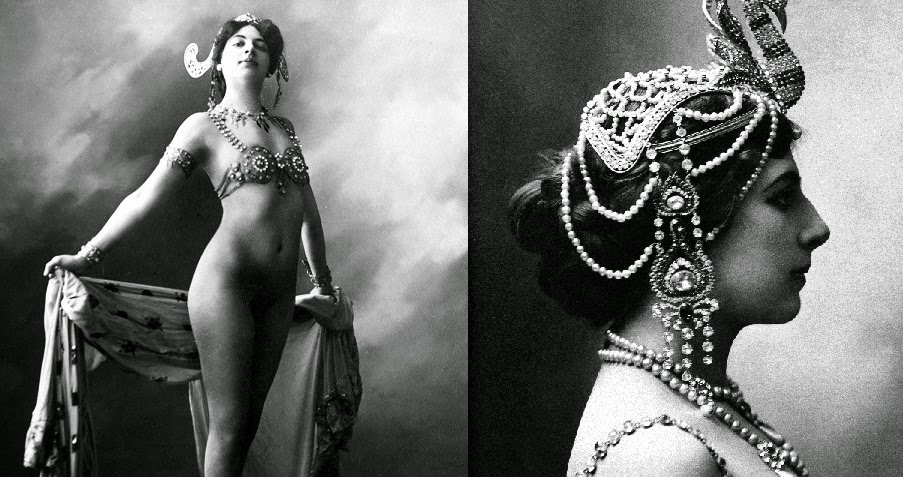 Mata Hari was a Dutch haus frau whose lousy marriage led her to Paris where she went from circus horse rider, artist model, exotic dancer and courtesan. In between it looks as though she did spy for the Germans and maybe even for the French. She did have a love affair with a Russian aviator and did end up on the wrong side of a firing squad. Whatever the truth, her name became synonymous with intrigue and seduction and dangerous women.