Welcome to 2013 - a year of scandals at A Person in the Dark. Yes, I love movies, but I confess I am a sucker for those juicy Hollywood scandals of old.

March's scandal: Charlie Chaplin & Lita Grey
In 1924 Charlie Chaplin was one of the world's most beloved stars. Having transformed his Little Tramp from a crude Keystone prankster into a lovable character of pathos and universal appeal, his artistry was admired, his celebrity almost without equal.

Besides being well-known as the Tramp, Charlie was also known as a ladies man. His many romances included Edna Purviance, Pola Negri and Marion Davies, as well as his recently divorced child-bride, Mildred Harris. His attraction to teen-age girls was known, but, as of yet, he had managed to skirt disaster.

After the triumph of his first feature, "The Kid," he began work on his next feature, "The Gold Rush." His former leading lady, Edna Purviance, was deemed too old at 29, and Charlie was on the look-out for a new leading lady. But, it turned out he had already met her.

The Flirting Angel
in 1921, a 12-year old Lillita MacMurray accompanied her friend, Myrna Kennedy, to the Chaplin lot looking for work. The dark-eyed almost-teen caught Charlie's eye and he cast her as his flirting angel in "The Kid."

Charlie was taken with his little angel, but he was in the midst of a contentious divorce from Mildred Harris. And so, she finished her part (as well as another part in the Chaplin short "The Idle class") and went back to school.

The Gold Rush
When Chaplin began work on "The Gold Rush," his mind turned again to his flirting angel, who was now 15 years old. He tested her, renamed her Lita Grey, and signed her to a contract (against the advice and opinions of wiser and cooler heads). Chaplin told the press she was 19 years old. The stage was set for disaster.

Chaplin was serious about his film by day, but was equally in serious pursuit of Lita by night. All those concerned had their own side of the story to tell, but the fact remains that, shortly after filming began, the now 16-year old Lita was pregnant and her 35-year old seducer and director was the father. Chaplin reportedly wanted Lita to terminate the pregnancy, but she refused. Her family smelled a payday and Lita was counselled by them to hang tough.

Facing a charge of statutory rape and unthinkably bad publicity, Chaplin agreed to marry Lita. In an almost surreal series of events, the couple slipped into Mexico and were married in November 1924. When their son, Charles, Jr., was born in May 1925, the news was withheld from the press. Mother and child emerged a month later and little Charlie's birth date was changed to June. 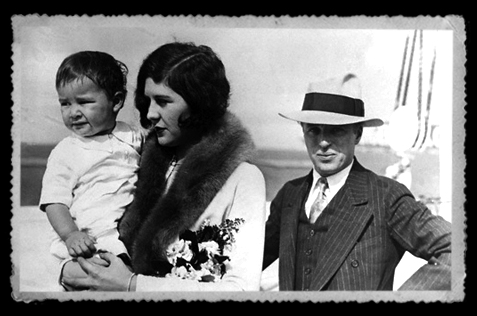 Despite the birth of a second son, Sydney, in 1926, the marriage was never a happy one. Lita was miserable and Charlie was unfaithful.

Divorce
In 1927, Lita had had enough and filed for divorce. If Chaplin thought the marriage was a misery, he had no idea what was in store for him with the divorce. "Lita's Complaint," a blow by blow vivisection of Chaplin's reputation was published and the scandal made the headlines for months. Apparently, Lita's greatest complaints were that Chaplin demanded oral sex, was cheap, cheated on her and generally abandoned her and her sons. A restraining order was placed on Chaplin's considerable assets. For the first time, the public turned on Charlie who, claimed Lita, barely gave her enough money to by milk for the babies.

All of this took a tremendous toll of Chaplin, who suffered a nervous breakdown. When Lita threatened to name the women with whom Charlie had slept with during their marriage (among them friend Myrna Kennedy, Georgia Hale, Edna Purviance and Marion Davies - which must have raised the wrath of W.R. Hearst), Chaplin caved. In August 1927 Lita received her divorce on the grounds of extreme cruelty. Her $825,000 settlement was the largest to date. 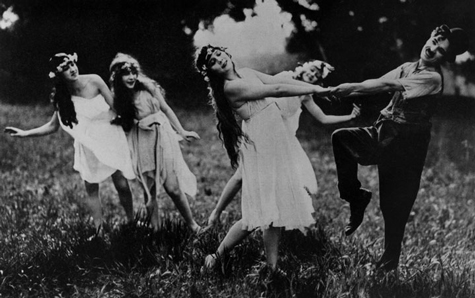 Was Lita a gold-digger? While it seems her family clearly had their eye on the bank account, it is doubtful that a 15-year old star struck girl could have been so calculating. And, even if she was, Charlie should have known better. But,  it appears he could not help himself. Some say this story was Nabokov's inspiration for "Lolita."

After the divorce, Charlie Chaplin got his first taste of public disapproval. But, "The Gold Rush" was a roaring success and Chaplin quickly regained the affection of the public. For his part, Charlie pretty much went back to his old ways. But the love affair was tainted and couldn't stand much more scandal.

This is very sad story...

Dawn, it really is - especially for the 2 boys.

Chaplin's relationships are full of material for these series... At least I think the only one witth less scandals was with Paulette.
Wow, I've rewatched The Kid one week ago and had the angel image fresh in my head. I didn't know she was Lita - and aged 12!
This story is mesmerizing, and at the same time, sad. I don't believe she was a gold-digger at first place, but her family was certainly interested in the money.
Kisses!

Hi Le. Yes, I think Lita was used, both by her family and Chaplin. She had a tough road all of her life, but her sons loved her.

Lita was a cutie. Chaplin, well...he was Pan incarnate, wasn't he? My goodness!

Calling him "elderly" though is a bit much. :D

I've always imagined that Humbert Humbert looked, sounded and behaved like James Mason (no surprise). That Chaplin may have actually inspired the character, then, is especially - disappointing. Obviously, I prefer my perverts handsome, charming and graced with a velvety voice.

Jen - oh yeah, elderly is a bit much - though he must have seemed that to her at the time!

Now, Lady Eve - here is where we differ - Charlie could have charmed the lollipop out of my mouth!

I especially enjoy her testifying about not having enough money to buy milk while wearing a white mink coat!
I love scandals, FlickChick, so I look forward to Pt. 2.

Kim - I know - really - Charlie was a bad boy, but he sure was put through the wringer. I read a funny story how - many years later - Charlie read the riot act to a man who kept one of his daughters out too late. It takes one to know one!

Wow! This IS really juicy, and well-written.

It's too bad that celebrity divorces are so public... Having said that, I'm really looking forward to Part 2! (Yes, I admit that is hypocritical.)

Chick, you did a fascinating, moving account of Charlie and Lita's ill-fated relationship. I really feel sorry for the kids. You write about this so well, like Hedda Hopper with actual compassion for Charlie and family. Well-done!

Silverscreenings - well, we all have our guilty pleasures!

Hi Dorian - unfortunately, the word compassion is one you could NEVER use in the same breath as Hedda.

Nice Shairing Thank You Keep It Up

Apparently once the "divorce dust" settled Chaplin and Grey managed an amicable relationship with co-parenting the two sons.

I recently read that Grey later regretted having "soaked" Chaplin. She stated that at the time of her first divorce she was heavily influenced by her lawyers; since she turned nineteen years old during the proceeding I find this to be totally believable. It also makes sense that Grey was acting under the influence of her parents Mr. and Ms. Macmurray.