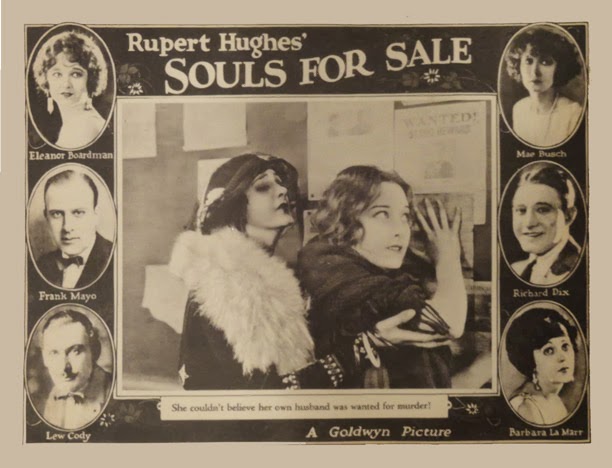 By 1923, Hollywood had already established itself as the capitol of glamour, dreams, scandal and sin. William Desmond Taylor had been murdered and the Arbuckle scandal cast a great shadow over the film industry. Still, the young and beautiful continued to make their way west, hoping for fame and glory.

Souls for Sale is a fun/melodramatic/romantic entertainment that both makes fun of and glorifies our favorite town west of the Mississippi. The film opens by showing young and innocent Remember Steddon (great name, no?) on a train with her brand new husband, Owen Scudder. She is a small town girl whose preacher father spent a great deal of time railing against the evils of Hollywood. Mem (as she will be known) is having serious buyer’s remorse. As the train chugs west towards a boat that will carry her and new hubby to China, she suddenly gets the feeling all is not well. Since hubby is played by that professional cad, Lew Cody, who can blame her? Rather than spend the night with her mustachioed Lothario, Mem jumps off the train and lands in the desert. 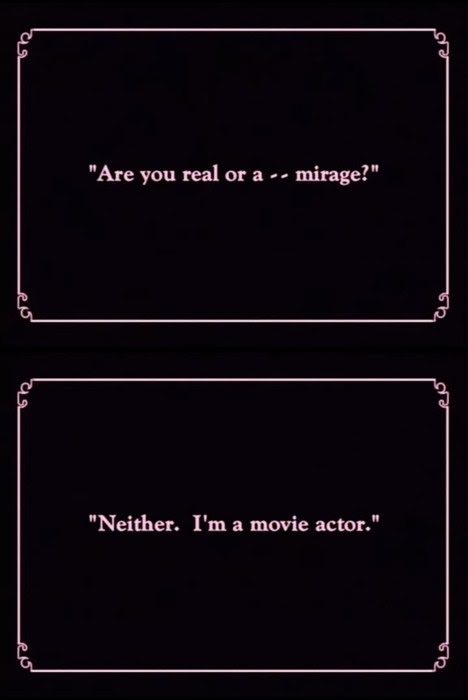 Parched and near delirious from the heat, she sees a vision in the distance: a sheik! On a camel! He jumps off his mount and rushes to rescue our heroine Is he a mirage? No – he’s only an actor! “The usual sheik led the usual captive across the usual desert.” This sly Valentino jab is one of the first of many taken at Hollywood. A wonderful movie stock company nurses her back to health and, before you know it, both the leading man and the director are in love with Mem.

Mem resists working in films, but our runaway bride has to earn a living, so she swallows her pride and takes work as an movie extra. This is where the film really gets fun. Mem works as an extra in Chaplin’s "A Woman of Paris," (Chaplin is seen furiously directing) and watches Erich  Von Stroheim guide Jean Hersholt though a scene in "Greed." She also bumps into Zasu Pitts, Chester Conklin, Barbara Bedford and Elliot Dexter at the commissary. Mem’s lovesick director and leading man both propel her before the camera and, shades of "42nd Street,", when a huge overhead light falls on leading lady Robina Teele, Mem gets her big chance to star in a drama of the big top.

Meanwhile, we learn that Mem’s husband, the loathsome Scudder, is actually a murderer who marries women and then kills them for the insurance. While Mem is making a name for herself on the screen, Scudder lands in Egypt and is engaged in swindling an English lady and her father. In a very funny turn of events, it turns out the lady is a bit of a Lady Eve and swindles the swindler. Down on his luck, he returns to Hollywood to collect his “wife.” It seems even he is susceptible to the charms of Hollywood. Instead of wanting to murder her, he now wants to love her. Meanwhile, Mem has kept the secret of her marriage from everyone, including her true love, director Frank Claymore, fearing a scandal that could ruin her.

It all goes up in flames, literally, in the exciting climax. The circus set is engulfed in flames and the bad faux husband, who confesses that he and Mem really weren't married, dies in a wind machine in a gallant effort to save her. The cameras have kept grinding through the storm and fire and the director gets his film and his girl.

While not a classic film, this sure is a fun one. Check out this cast: Eleanor Boardman in a star-making role as Memory Steddon, the manly Richard Dix as director Claymore, Aileen Pringle as the larcenous English lady, Mae Busch as the ill-fated star, Robina Teele, and the ultra-glamorous Babara La Marr as Leva Lamaire, the cinema vamp with a heart of gold. Leva can not give her heart to anyone since she witnessed her love, a daredevil stunt pilot, die on a film set in a horrific crash (real life aviator Ormer Locklear died the same way). In fact, my only real complaint about the film is that there is not enough Barbara La Marr. Boy - was she terrific. Known as "The Girl Who Was Too Beautiful," I need to see more of La Marr's work! Oh, and you know the minute I saw that her name was Leva Lamaire I thought of my girl, Lina Lamont!;) Oh, and William Haines has a small but showy part. You can see the man had star power.

"Souls For Sale" was written and directed by Rupert Hughes, whose nephew Howard, made a trip to Hollywood to visit and decided he liked the town just fine. Believed lost, copies of the film were discovered in the 1980s and 1990s. A beautifully restored and scored version is available from TCM and Warner Brothers Archives.

50 years ago my life changed for the better because of the Fab Four. 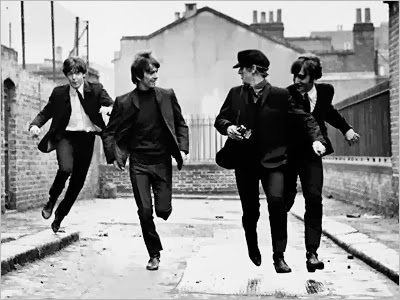 Before them, I was a mere child playing with childish things. But, at the age of 10 my life was transformed. I knew love! I had a purpose! I worshiped, yes worshiped, the Beatles. 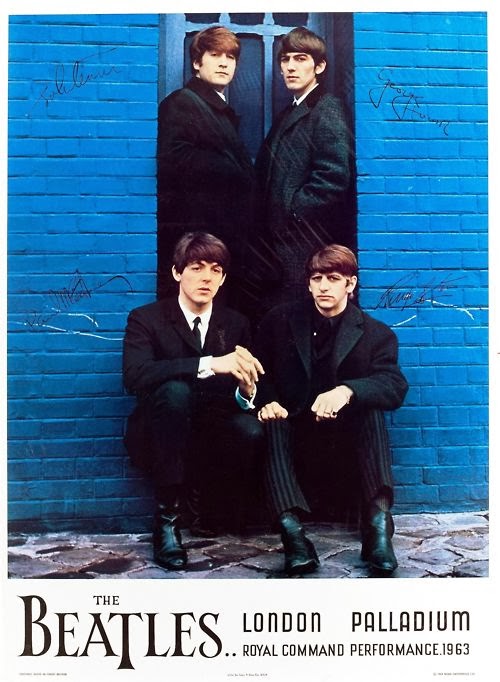 My room was a shrine. I cried the night they appeared on Ed Sullivan. They were the topic of all conversations between myself and my equally besotted friends. By extension, we brought Yardley Slicker Lip Gloss and go go boots, ironed our hair and wore poor boy sweaters.
Today I watched "A Hard Day's Night." I remembered how excited and happy I was to to see it with my friends. All of the songs we loved from our over-played 45s were there:

Of course I remembered the words to every song. Sometimes I can't remember what I ate for breakfast, but those songs - it seems I will never forget them. 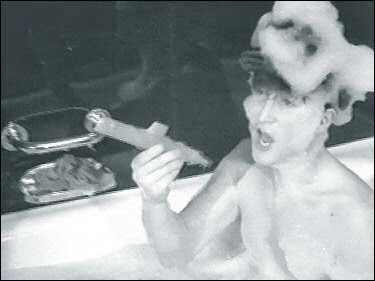 I was a John girl. Most of my friends were in love with Paul (the cute Beatle). Those who liked quirky went for Ringo, and those who loved soulful went for George. I guess I always went for the bad boy, but John had my heart form the start. Naturally, I was devastated to learn that he was married to Cynthia, but I got over it when I learned how sweet she was (as per Tiger Beat and Teen Screen).

The film is an introduction to the boys and a preview of the swinging Mod British Invasion that would envelop us for a time. I smiled and then I found myself crying. They were so beautiful, so young, so brilliant, so joyous. We were all so young. Who could know then what the world held for all of us? 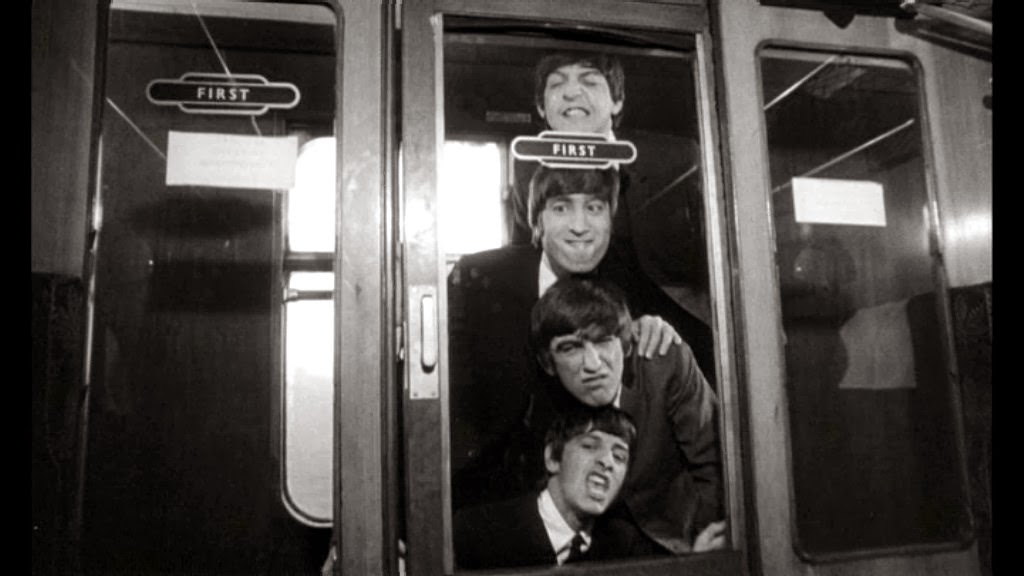 Email ThisBlogThis!Share to TwitterShare to FacebookShare to Pinterest
Labels: A Hard Days Night, The Beatles 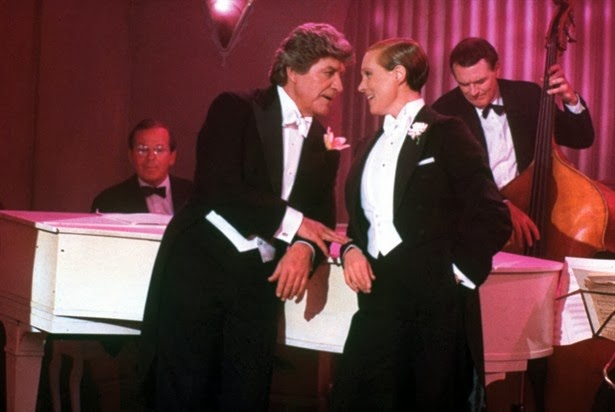 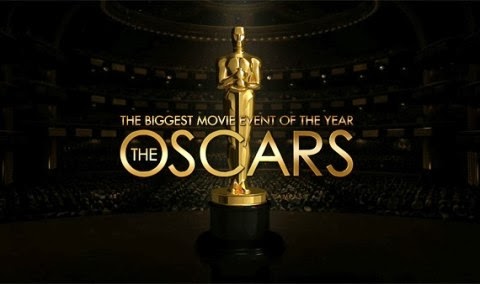