Bell, Book and Candle: What Wizardry is This?

This post is part of the James Stewart Blogathon hosted by Classic film & TV Cafe. You can view the complete blogathon schedule here. Okay, I know this film is not that great, but I have to count it as a guilty pleasure. I've seen it more times than many worthy classics and I confess, I am under its spell. Maybe it's the Greenwich Village ambiance (I would have loved to go to the Zodiac Club), maybe it's the witchy theme (I was a fan of Bewitched, too) or maybe it is the comfy and familiar supporting cast. I vote "yes" for all of the above, but mostly it is the great tinsel town chemistry of James Stewart and Kim Novak.
We know they sizzled in "Vertigo," but I like them better together here. It is light, and  fun and nobody falls off of a bell tower. While Stewart carried the Hitchcock film, Novak is the center of attraction here. While she may not have been the best or most versatile actress, she was bewitching and just perfect as the restless, other-worldly Gillian Holroyd. With her bare feet and lavender hair, she needed no special powers to attract a man. But, she worries that she can't keep one without those powers. Enter "Shep" Henderson, the man upstairs.

Stewart is clearly too old for the part (this was his last role as a romantic leading man), but in Hollywood in the 1950s almost all of the leading men were too old for the leading ladies. That being said, he and Novak have such an easy chemistry. She melts nicely in his arms and they exchange a few hot kisses. Stewart is a bit of a pill here, but he often played the irksome guy you wanted to smack. He ignored Grace Kelly in "Rear Window," dumped the superior Barbara Bel Geddes in "Vertigo" and was a general pain in the ass (albeit a cute one) in "The Philadelphia Story." Shep should have been falling all over Gillian, as he did when under her spell, but eventually love clobbers him over the head (after Gillian has given up her witchy ways and resorted to selling sea shells instead of African art). If I were Gillian, I would never have surrendered my powers (but I digress).

The supporting cast is aces. Although Jack Lemmon was not happy about being cast in the supporting role as Kim's mischievous brother, Nicky, it's always good to have him around. Elsa Lanchester makes for a charming eccentric aunt Queenie and Ernie Kovacs and Hermione Gingold are around for the fun.

And fun it is. No need to over analyze here. It is a delightful Hollywood product of the 1950s with star power to spare. And, just for the record, Jimbo was a swell kisser!

This is my entry in the Diamonds and Gold Blogathon hosted by Caftan Woman and Wide Screen World. Click on their links for more about frisky cinema seniors.

I love this film. I love Peter O'Toole and I love him in this film. I have had a mad crush on this man from the day he sat atop a camel. He can do no wrong in my book and here, playing and actor who is a ruin of his former beautiful self, he throws the autumn roses of his brilliance to all of us who have adored him for so long.

As Maurice, a washed up and burned out actor, O'Toole gives his last Oscar nominated performance (don't get me started on that particular snub). His career is a thing of the past, he is suffering from prostate cancer, his family are strangers and his days are filled with hours passed just being old. But, for Maurice, there is one last chance to grasp life with both hands, as into his life comes a girl. The grand-niece of his friend, Jessie (played by Jodie Whittaker) is young, lovely, frightfully modern and a hell raiser. One imagines that Maurice was quite a hell raiser in his day (as we know O'Toole surely was). She is no match intellectually or emotionally for Maurice, but, reluctantly, needs him. For one last time, he can play the gallant knight. Taking her under his wing, Maurice takes her to the National Gallery to view his favorite painting, Velazquez's Rokeby Venus. In his eyes, she is as lovely as the woman in the painting and he begins calling Jessie Venus.

Sadly, his Venus is no Gueneviere. She is just a common young girl who likes boys her own age. But she  gives our knight one last chance at romance - a romance of the mind and heart, if not the flesh. Her's is the true purpose of beauty - to adore, to inspire and to live for.

In the beginning of the film there is a photo of the young O'Toole on display on a dresser. God, how beautiful he was. And here he is now, truly a wreck. But, what is outside is not on the inside. Inside he is still beautiful. Inside he still craves romance. His frame is old, but his heart is young. Venus is a love song to the last gasp of romance of an ancient with the spirit of a youth. The love of beauty is the secret of youth. This film comes ever so close to the dirty old man dance, but it never crosses that line because the touch, the warmth and closeness that Maurice craves is romance, the romance that stirs not just the loins, but the soul. Who cares that he chose not see the common and the tacky and the rough edges? How lucky for Maurice that he found his Venus to adore before the end. How lucky for Jessie to have been so adored.

Rumor had it that the dramatically beautiful Dolores Del Rio survived on a diet of orchids. No doubt the reason for her hot-house beauty.
Caption, please. What is the Ordcidaceous Miss Del Rio thinking? 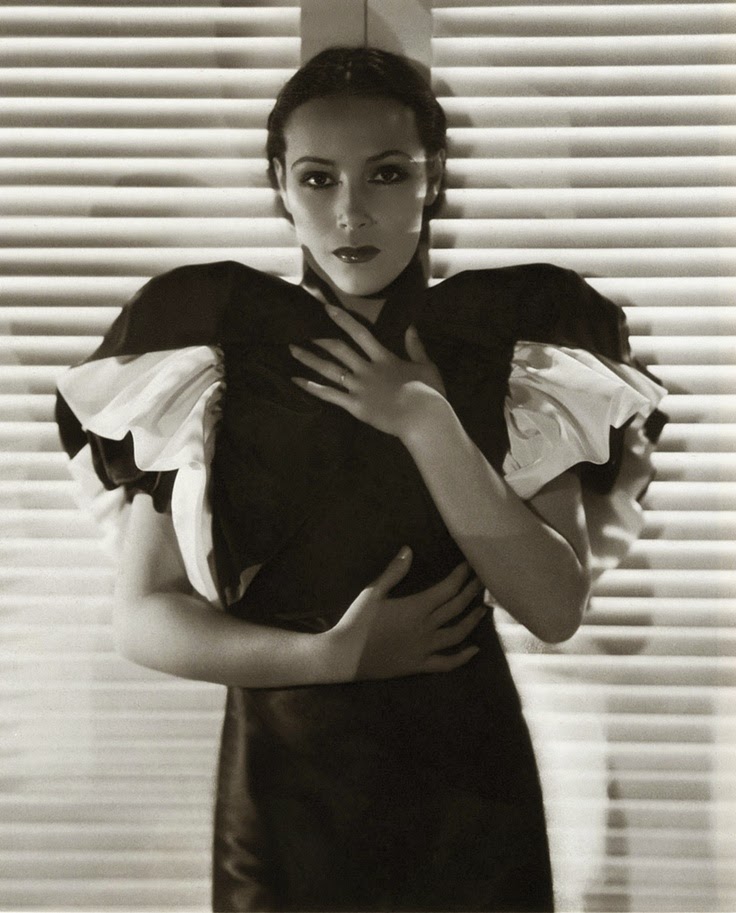 Right now, I am a fan of her look. 2014 will be a year I take a look at her art. But, until then, feast your eyes on the in-your-face beauty of Dolores Del Rio: 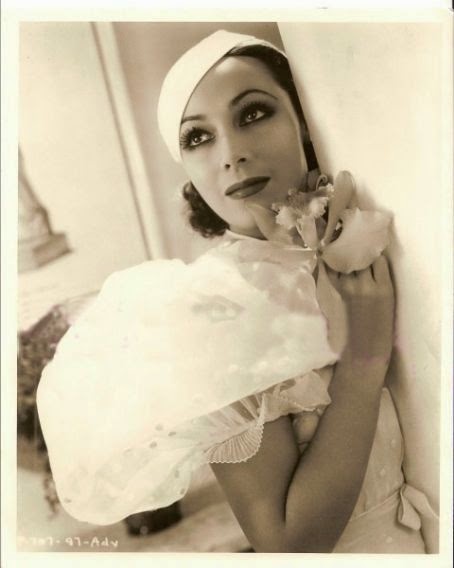 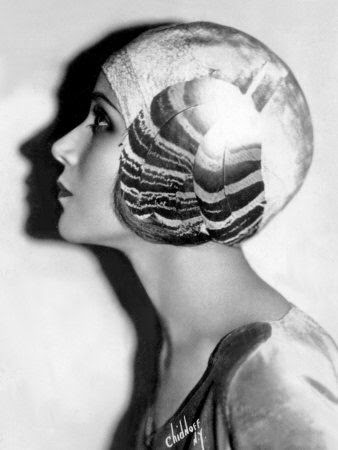 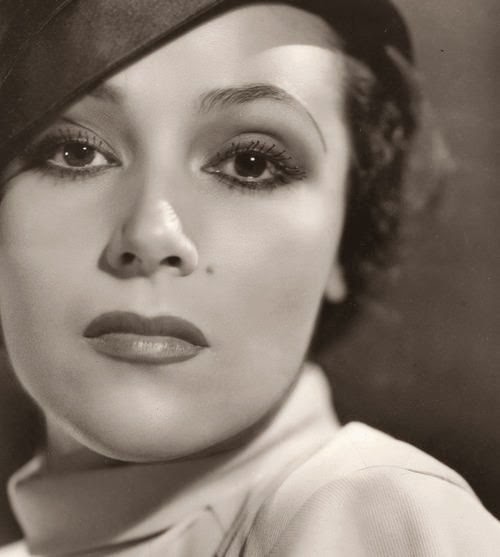 Can anyone give me some suggestions of some must-see films of Miss Del Rio?