Ruth Donnelly: The Sneer With No Peer

This is my entry in the "What a Character" Blogathon, hosted by the wonderful bloggers at Once Upon a Screen, Paula's Cinema Club and Outspoken and Freckled. Please check out their sites for more of those unforgettable characters that put the support in supporting characters.
In those heady pre-code days (1927-1934), Warner Brothers had the most marvelous stable of supporting characters. Standing tall among such unforgettables is the indomitable Ruth Donnelly, the lady with a face full of priceless expressions. She was paired with Guy Kibbee many times and they made a perfect portrayal of a married couple whose ties now (as the great Erma Bombeck said) bind and gag.
Ruth was a successful Broadway actress before she came to movies in a big way in 1931 (no less that George M. Cohan liked her comedy chops), and she certainly had a long and busy career playing not only comedy, but dramatic parts. However, it is her work as a pre-code wise-cracking, morally flexible woman of a certain age that tickles my funny bone.
My favorite Ruth Donnelly performance is in 1933's "Hard to Handle." As Mary Brian's mother on the make, she is simply hilarious as she veers from support to disdain to the financial status of the girl's suitors. As the dollars ebb and flow, so does her opinion of the men. When James Cagney, as her chief suitor, asks Ruth if his daughter told her he was in town, she replies, with that disdainful sneer, "yeah, you and the rest of the Depression." Her work with Cagney is tops. Both players never are afraid to be "too much" and they operate on a plane completely different, yet wholly compatible, from the rest of the cast.
As the protective mama bear, Ruth keeps a very close watch on her pretty daughter who is her meal ticket to a comfortable life. Hey - things were tough then and a woman of a certain age had to be tough and shrewd. "Hard to Handle" is typical of those quick and dirty Warner's pre-codes. There was not much subtlety, but lots of snarky, funny jokes are thrown all over the place. As Ruth and her daughter (a very platinum blonde Mary Brian) frequently appeared in the same outfit, I couldn't help thinking this was a humorous slap at Jean Harlow and her mama Jean.
As Ruth's character sells rented furniture, schemes with friends and foes, and holds her daughter's charms like the crown jewels (when preparing for a date, Ruth counsels her daughter to wear a different dress, one that shows more of her "girlish laughter"), she steers this crazy ship of her daughter's romantic desires, Cagney's fortunes and her extraordinarily focused ambition for financial security to a safe harbor. Of course she did! The woman was on a mission.
My other favorite Ruth Donnelly role is (again with Cagney), in "Footlight Parade." Although she is married to Guy Kibbee, she seems to have a parade of young, male "protégés." And, since it's pre-code, Kibbee doesn't seem to mind. As the film begins, her latest young man is Dick Powell, who soon gets a yearning for Ruby Keeler. Ruth shamelessly promotes her young man to Cagney to place him in the show (lucky for him the boy can sing) and gives epic shade to younger rival Keeler throughout the film.
When she finally sees the writing on the wall that Powell has thrown her over for Keeler, she finds a new squeeze and makes sure he gets a part in Cagney's prologues. She is a woman who knows what she wants.
Great character actors usually have great presence and, many times, great faces. They may not get top billing, but their presence in any film brings a bit of satisfaction and comforting familiarity to the viewer. When I see Ruth Donnelly in the cast, I breathe a little contented sigh.

Don't forget to check out more great characters in the What a Character Blogathon. I hope you find a favorite or two there. 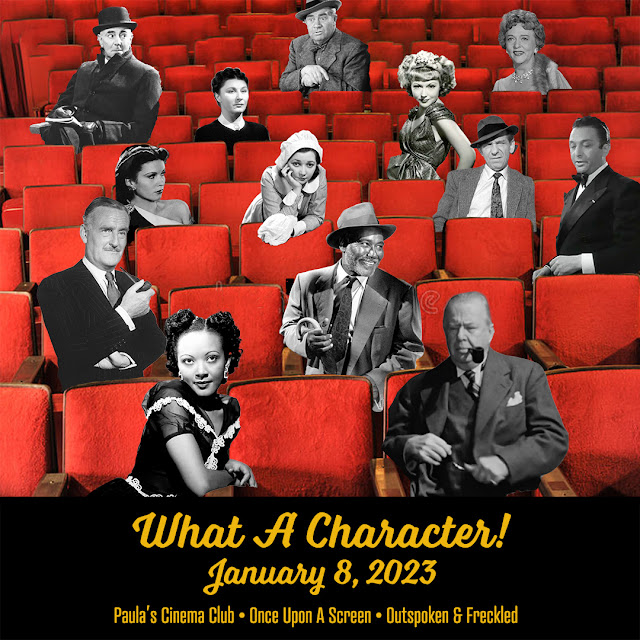 Posted by FlickChick at 7:03 PM

Ruth Donnelly had nothing nothing on you in the tickling the funny bone dept. I always look forward to your entries and this one is superb. I must revisit some of these movies again as I practice the sneer. Like yours, I adore her in Footlight Parade but Ruth is always memorable. Thank you for joining us this year.

What a terrifically entertaining post!Love all of Ruth's sneers! Thanks so much for joining our blogathon!

Thank you Aurora and Kellee for co-hosting this annual must no miss event.

A wonderful post! I always enjoy seeing Ruth Donnelly. I love her in Footlight Parade. I haven't see Hard to Handle, but I will have to check it out!

Thank you, Terry. Hard to Handle is very cute. Typical slapdash Warner product, but Ruth is at her very best. She's a real pip.

She definitely is "the Sneer with No Peer"! How can you help but love her performances?

I loved your tribute. This in particular, I thought, is brilliant: "wise-cracking, morally flexible woman of a certain age".

Thank you, Ruth. I loved the way Ruth Donnelly could reset her moral compass to whichever way the wind blows.

I love Ruth Donnelly, to the point where if I'm considering making time to watch a film, and I see her name in the movie listing, it's a must. Lovely post!

Thanks for stopping by, Jacqueline. I always knew you were a woman of good taste!

Thanks for this--it was fascinating! Ruth Donnelly was cool.

Thank you, Rebecca! And yes - she was one cool lady.

A big THANK YOU for this post. I was trying of this actress's name just the other day. I could picture her so clearly because she always made her mark in any picture she was in.

I love seeing Ruth Donnelly, and I'm so glad you're shining the spotlight on her here. I haven't seen Hard to Handle, but I'm pretty sure it's in my collection, and I will definitely be dusting off my VHS copy!

Martin - I am honored that you stopped by and took the time to comment. And yes - Ruth was a gem.

Hi Karen - VHS! I am impressed!

Your blog is on my Feedly so I'm always keeping track of your posts. 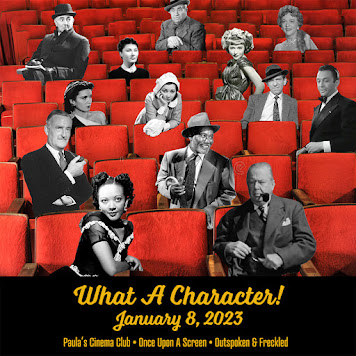