This is my entry in the Classic Movie Blog Association's Movies are Murder Blogathon. Click here for more movie murder and mayhem.

The Killer Must Be Killed

I don't mind saying that the first time I saw "The Public Enemy," it scared the bejesus out of me. From the eerily disconcerting "I'm forever blowing bubbles" played on a gramophone to that final murder, it still gives me the chills to this day. That dull thud of a lifeless body before the fade out is right up there with all of those movies that deliberately try to scare you (thinking "The Exorcist" and "The Omen" and the like).

And yet there is also something compelling about this film that makes it so complicated, something that jazzes the whole nasty story up, and that disconcerting something is James Cagney as Tom Powers. Cagney was originally and famously cast as second banana Matt, but director William Wellman demoted Edward Woods, the original Tom, to the role of Matt and re-cast Cagney as Tom. It proved to be a brilliant move. His on the make charm, that jaunty little spin he takes when he see he has a chance with Jean Harlow's Gwen, his self confident strut when he shows up in his new clothes, all make for an unsettling confusion. If this guy is so bad, why can't I dislike him?

As Tom and boyhood buddy Matt Doyle drift from a brutal and impoverished childhood into a life of petty crime (they never rise above being trusted lieutenants to boss Paddy Ryan), the first murder they witness is that of their boyhood friend, Larry Dalton. Tom and Matt and Larry, all barely men, are enlisted by gangster Putty Nose to rob a fur warehouse. Things go wrong and Larry is shot and killed by a cop, who Tom shoots before escaping with Matt. Frightened, they go to Putty Nose for help (he has promised to protect them), but they are turned away and forced to fend for themselves. As the neighborhood mothers weep over the loss of a young man who went wrong, Tom and Matt get their first glimpse of a dead body at Larry's funeral. But it won't be their last.

As Prohibition becomes the law of the land, Chicago crime boss Paddy Ryan recruits Tom and Matt as his "beer salesmen." Strong-arming saloon keepers for their bootleg beer, Tommy and Matt muscle their way through their life of crime.

For a while, they are riding high. New clothes and new women make life even sweeter. Tom is a charming brute. He picks up the unfortunate Kitty, but eventually tires of her, giving her the famous "citrus massage" in her puss.

He moves up to the more glamorous tart Gwen. Jean Harlow, in an early performance, is pretty terrible. But, as bad as she is, there is an undeniable allure about her and she sure wiggles her caboose in an unforgettable manner. Tom is also is taken under the wing of fancy gangster, Nails Nathan. Nathan is a sort of mentor to Tom, a "class" guy that Tom look up to aspires to emulate.

And then there is Putty Nose. Ah Putty Nose, the dirty double crossing rat who left Tom and Matt holding the bag after the bungled fur warehouse job. Tom does not forget and poor old Putty Nose - well, he had it coming. Can't say I felt bad. He was the groomer who lured Matt and Tom into a life of crime. After doing away with the craven Putty Nose who begs for his life, Tom coolly turns towards the door and wonders if he can still get together with Gwen. A psychopath does have his needs.

So, the thing about Tom that softens me to him, beside his obvious charm, is his admittedly twisted code of honor. In a world where people are double-crossing and selling out one another so fast it makes your head spin, Tom's loyalty to his friends is kind of admirable. I told you this was complicated.

Matt's murder in a shoot out with the rival Schemer Burns gang (live by the gun, die by the gun, I suppose), sends Tom on a vengeful mission. He is outgunned, but somehow manages to survive. Well, that wasn't his enemies' plan and, wrapped like a junior king tut, his lifeless body is delivered to his annoying mom and goody two-shoes brother, the final murder in a murderous tale.

Tom Powers is no better or worse than so many of his contemporaries, but there is one other murder in "The Public Enemy" that I can't accept as remotely justified. Unlucky for Tom, just when he is finally making some headway with the hard to get Gwen, Matt appears and tells him the bad news: Nails Nathan has been killed. And not killed by a rival gang, but by his horse. Dandy-wannabe Nails, decked out in his best English riding habit, was thrown by his mount and died as a result of a hoof to the head. Tom, true to his code, has to kill the killer of the man he so admired and, with a single shot, committs equinecide (I know, not a word, but it could be). Honestly, if the guy was a better rider he probably would not have been thrown*. Mercifully, the murder takes place off screen. There is a shot and a sad neigh.

And so, I find myself sadder and madder over the murder of an unknown and unseen horse than over the murders of Larry, a cop, Putty Nose, Matt and, ultimately Tom. In a way (other than the cop, who faced potential harm in 1920s Chicago), they all had it coming. But not the horse. If you're the person who cries harder when the dog dies in the film than when the human does, you know what I'm talking about. And when Tom Powers takes that final flop at the feet of his mother and brother, I am pretty sure, to paraphrase Zuzu in "It's a Wonderful Life," every time a horse-murdering gangster buys the farm there is a happy neigh in heaven.
* The murder of the horse is actually based on a true story (as is much of this film). True life gangster Samuel "Nails" Morton was a flashy mobster who took a liking to riding his mount in Chicago's Lincoln Park. When his horse (obviously one on the side of law and order) threw Morton and then fatally kicked him in the head, Morton's compatriot Louis "Two-Gun" Alterie, took the horse out for a ride, shot him and left him for dead. 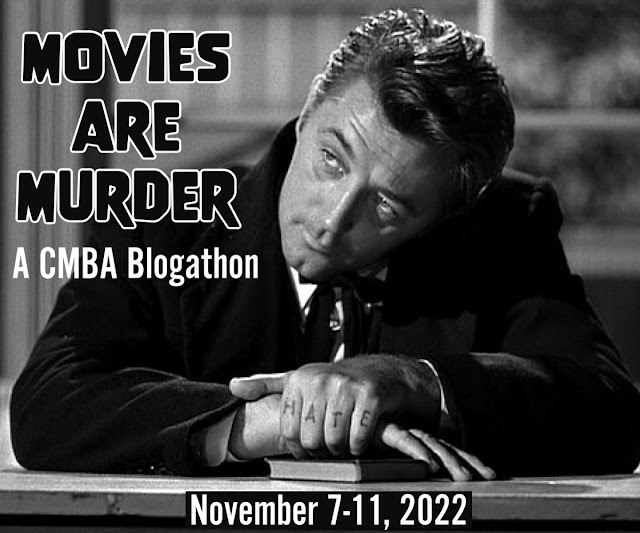 Posted by FlickChick at 5:58 PM

I enjoyed so much about your post, Marsha, especially your description of the green but alluring Jean Harlow, your discussion of Tom's twisted honor code and, of course, the sad equinecide (yes, it could be a word!) of that poor horse. It's been years since I've seen this film -- the main thing I remember is that scene of Tom trussed up in the doorway. It's so haunting! I plan to revisit it now, though, keeping your insights in mind. Thank you for this thought-provoking contribution to the blogathon!

Thank you for the kind comment, Karen. That final scene is unforgettable - and was pretty scary to me as a 10 or 11 year old. However, this is the film that started me on my journey classic film obsession so I can never, ever hate Tommy Powers completely. But did he have to shoot the horse?

Great film and a great contribution!

Great review. It makes me want to see the film (again?). Not sure if I have seen it all the way through, but it really doesn't matter. It's been so long that it will all be new to me anyway! (He didn't have to shoot the horse: The horse was only doing what horses do!)

This great review brought back this film so vividly. I remember so much (its haunting quality, the friendships, Tom's charm and cruelty, Harlow's terrible performance). But I'd clearly blocked out the horse killing (great headline, btw.) You clearly weren't the only one traumatized by it!

Thank you John Greco - I'm looking forward to all the murderous fun this week!

Thanks for stopping by Marianne And yes, a horse must do what a horse do. Unfortunately, the poor guy couldn't pick his mount.

Thanks for stopping by Lea. And thanks for the compliment!

Always enjoy your posts, Marsha, and this is a great take on The Public Enemy. I haven't watched it for years (that last scene is sooo creepy) and I'd forgotten about the horse murder. Which reminds me of the oft-quoted line, " I don't care who dies in a movie as long as the dog lives." And of watching Babe and being concerned that the piglet or the duck might end up on the dinner table at Christmas.

Thank you for stopping by Patty a.k.a. The Lady Eve. The first few times I saw this film I fixated on Harlow's performance and that brutal ending. But, when revisiting, man, did they have to kill the horse?

I'm another one who had forgotten about the horse murder, but I was starting to get a little vexed about it as I was reading your review. That poor horse!

Loved this review. It's been a few years since I've seen this film, but your vivid prose made it feel fresh again in my mind.

Hey Ruth - everyone forgets about the poor horse! What's even sadder is that it's based on a true story. It kind of reminds me of Gone With the Wind when Rhett Butler shoots the pony that Bonnie fell off of.

A fantastic take on my favorite movie with my favorite actor. Tom's murder really surprised me the first time I saw this movie, but the poor horse's fate upset me deeply. Thanks for giving proper attention to this equine victim.
Thanks for the kind comment!
Le