History is Made at Night: Walking on Stardust

This is my entry in the Classic Movie Blog Association Hidden Classics Blogathon. Click here for more hidden cinematic gems. 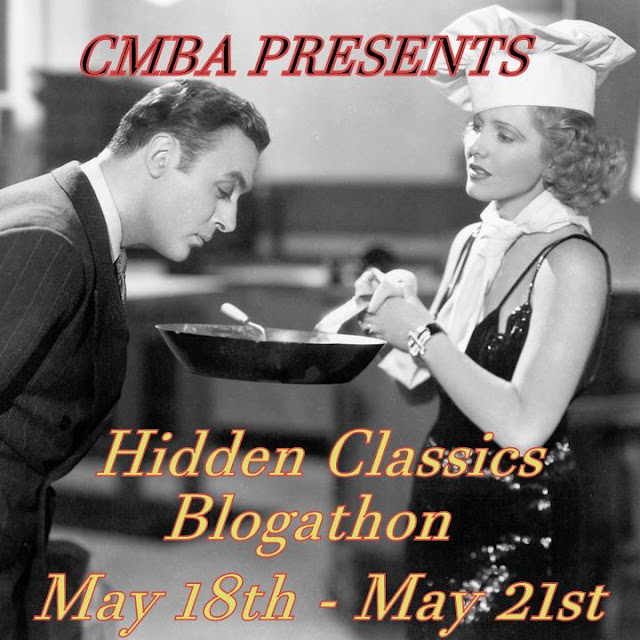 My love of film has to do with how they make me feel. While I don't always remember the exact plot lines, the camera angels or directorial strokes of genius, if I love a film I can always remember how it makes me feel. And the feeling I get from History is Made at Night is magically, unashamedly romantic... otherworldly romantic ....twinkling white star against a velvet midnight sky romantic.

The chemistry between Charles Boyer (can you hear me sigh?) and Jean Arthur is bathed in enchantment. Now, I am not Ms. Arthur's biggest fan. Her quirky voice and quizzical manner seems a bit too much like a tightly wound corkscrew for me. However, here, with Boyer, she simply walks on stardust The way she looks at him and her quiet, delighted manner is an unapologetic surrender to love. In fact, the entire film makes no apology for it's singular devotion to love. There are no sly moments, no snarky comments that pass for sophistication.

So why does this Jean Arthur wholeheartedly convince me she is more than the little list of annoyances she has presented to me in the past? Perhaps her appeal lies in the influence of a more continental partner in Mr. Boyer. Here he is the waiter who gives his all to his job and his all to romance. His charm is wrapped in his utmost and serious 100% devotion to love.

There is a pretty great villain here, too, in the person of Colin Clive. Man, he's a real stinker.

Mr. Clive suffered from severe alcoholism and would die in 1937 at the age of 37. His dissipation is evident in this film and only adds to the depravity of his character as Jean's evil and possessive husband.

Is it any surprise here that "History is Made at Night" was directed by Frank Borzage, a true master of romance?

So, here's the bottom line: all the romantic, moonlit cinematic stars aligned for this film. There is a delightful plot, which I've totally neglected, and even a pretty exciting climax involving a Titanic-like ship sinking, but what stays with me is the feeling I get from this film. My heart aches for Boyer and Arthur, I root for them to succeed, they make my heart happy, I am enchanted by their charm and chemistry and, finally, I believe in the power of romantic love in its purest form.

Posted by FlickChick at 6:44 AM

Your review of History Is Made at Night makes me want to see the film. I had not even heard of it until now. And the way that a film makes you feel is part of its magic. I know it counts in film noir, although it seldom involves romance!

Thank you, Marianne! While it's not "noir" - lots of it does take place in the dark!

A great selection for the Hidden Classics Blogathon FlickChick! This has been one of my favorite films since I first saw it some 25 years ago. As you point out it's a romantic gem. And what struck me as why it works so well is the complete contrast of Boyer and Arthur. His continental sophistication in voice and manner--her lack of pretense and girl next door qualities This ying and yang in their chemistry is wonderful - and so much different than her other leading men such as Gary Cooper or Jimmy Stewart or Joel McCrae. Thank you for participating and picking History is Made at Night.

Thank you, Christian. It's funny that this is clearly an "A" list film, but somehow doesn't get shown very much. And yes, Jean Arthur, for me, is much more palatable - for me - here with her continental co-star.

I love your openness about your mixed feelings for Jean Arthur. I, too, have been bothered by her voice and manner at times (although I love her in SHANE - sadly her last film). This one does sound worth seeking out. And Colin Clive's story is such a sad one, isn't it?

It isn't often that Jean Arthur hasn't annoyed me. Not so much in Shane, but then she wasn't quite so central to that movie, what with Alan Ladd, Brandon deWilde, Van Heflin and others. However, I trust your judgment - especially considering that neither of us is an Arthur fan - and this film sounds enchanting. Will look it up. Thank you, Marsha!

Hi Jocelyn...it seems there are a few of us who have some issues with Ms. Arthur! And yes, poor Colin Clove - a terribly sad story. But, man, is he just awful - character-wise - in this one.

Hi Patty. Well, all of the non-fans of Jean Arthur are letting it all hang out! She is so loved by so many, I do tiptoe around my issues, but I'm feeling stronger every day. And yes - trust me on this one.

I agree re: how films make you feel. A film may not be the cleverest, but if you feel a certain way about it, who cares?

Thanks for sharing your review of this film. I admit I've never even heard of it! But I'm really looking forward to seeing it – I know I'll love it.

A review can be about a movie, or about how a movie makes us feel. You did the latter here, and you excelled at it. A truly beautiful tribute to this movie, Borzage, annoying Jean Arthur and, of course, to love.
Cheers!

A wonderful review leaving me very curious to see this film. THank you so much!