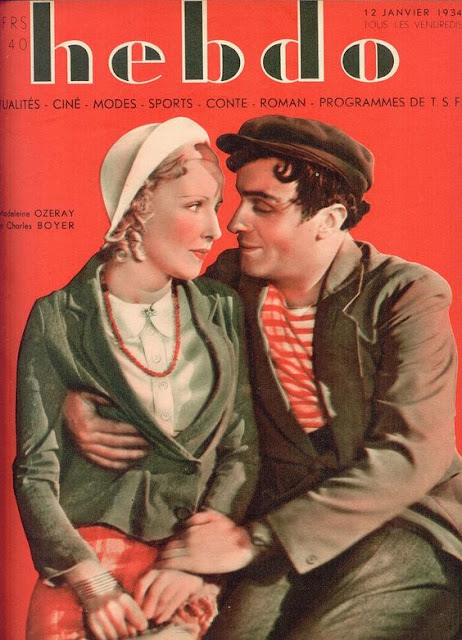 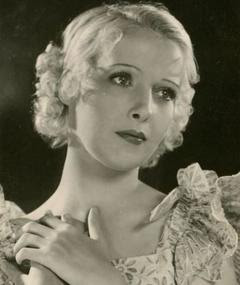 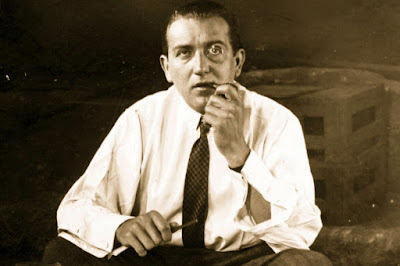 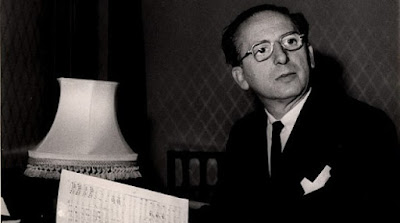 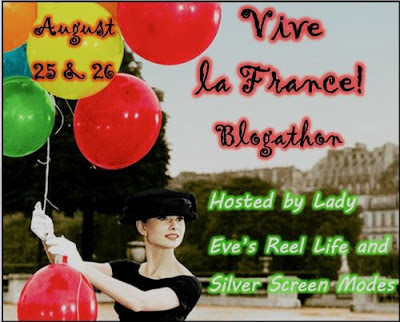 Posted by FlickChick at 2:51 PM

Great review Marsha. I've always admired Charles Boyer, not just because he was French but because of the other qualities you point out. Not just a star, he was a gentleman in real life and a credit to his country of birth. And I think something in his favor was his voice, not the accent but the deep resonance of it that made him such a "lover" on screen. Thank you for this early film and your participation in the Vive la France blogathon.

I haven't seen Liliom and wasn't aware there was a precursor to Carousel out there. I think I may have seen a pre-Hollywood Boyer film once, but can't think of what it was. I'll admit that I've been fairly immune to him in his earlier work, but adored him madly in Barefoot in the Park. He nailed his role as a bohemian eccentric - and Neil Simon's dialogue. Thanks for a wonderful review and for being part of our blogathon.

There is a big old soft spot in my heart for afterlife fantasies, and the spot where Charles Boyer dwells has become an estate. In my younger years I didn't quite care for him and then late one night about 25 years ago I saw All This, and Heaven Too for the first time and wondered what was wrong with me. Since then, I have seen every performance through new eyes and appreciation. Liliom, coincidentally is the latest link in the love chain. I could not have written so clear-eyed yet emotionally about the film. This article is a genuine treat.

Christian - many thanks for co-hosting. I have come to admire Boyer so much. And yes, that voice! I would come wiz him to the Casbah any day!

Oh Lady Eve - this blogathon fits you perfectly! Boyer was especially wonderful as he aged - so comfortable and charming.

CW - you're too kind. I, too, came to Boyer late, but better late than never, no? So many wonderful performances. He could do it all - and all in his unique, and understated way. He had great integrity as an actor and, as Gene Kelly said in "Singin' in the Rain" - Dignity. Always dignity.

Whoa! I did NOT recognize the young Charles Boyer in that first image you posted.

Thanks for the marvellous intro to this film. I loved the way you wrote about it, and about Boyer in particular.

I watched a 1931 version of Liliom directed by Frank Borzage and loved it - way better than Carousel, in my opinion. I have heard about this 1934 version, and now I know I'd love to watch it - after revisiting my 1931 darling, of course.
Thanks for the kind comment!
Kisses!

Ruth - I know, right? I confess I prefer the more refined Boyer - even when he went back to do an occasional French film in later years he retained that Hollywood polish.

I have never seen Lillian, but that’s something I should rectify! I took a course on Fritz Lang and Jean Renoir films in college and have been a big fan of both ever since. I’ve also seen Carousel, so it’d be interesting to contrast the original and the musical version. You have piqued my interest in this one.

Merci, Rick. It's an interesting offering from Fritz Lang - really a transition from his German films to the ones he made in Hollywood.

Aw, this was a very nice post. Taking the time and actual effort to produce a superb article… but what can Psychology Hack Reverse Psychology say…