the Epic Oscar Snub of Robert Preston in "Victor Victoria" 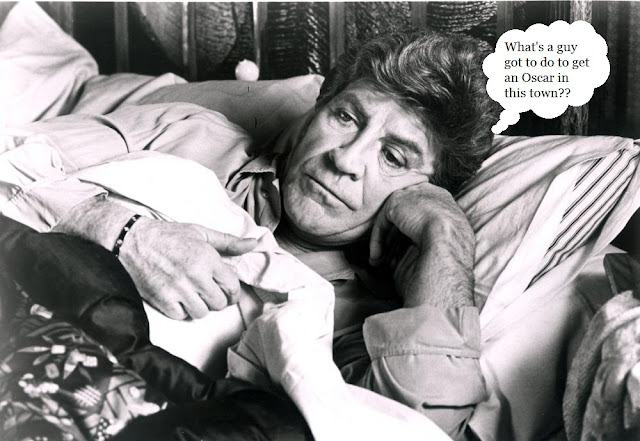 Entertainment-wise, there are just some things I can't see to get over.

For example, Lucy and Desi's divorce. 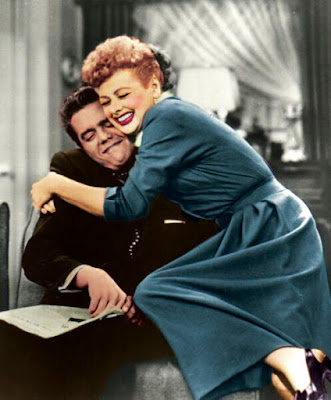 Growing up with Lucy and Ricky, I mean Desi, they seemed a lock to be in love forever. Ricky said "I Love Lucy," right? And we all knew Ricky and Desi were one. Until his death I kept hoping for a reunion.

And then there was the breakup of Sonny and Cher. I guess "I Got You, Babe" was only temporary. 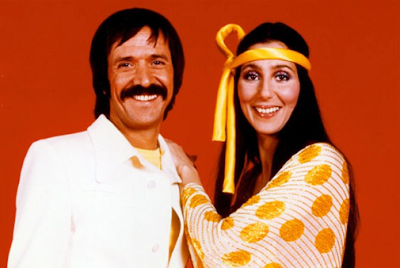 However, the really big thing that I just can't seem to get over is Robert Preston's loss for Best Supporting Actor for his BRILLIANT performance in 1982's "Victor Victoria."

Robert Preston had a personality and presence made for the stage. Close up, it was almost a bit too overwhelming for the screen. However, actor and role combined perfectly in Professor Harold Hill, the con man extraordinaire from "The Music Man". 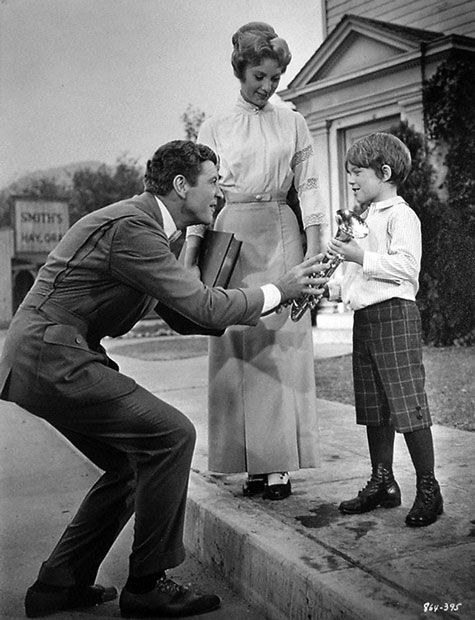 Once Preston was able to recreate his signature role on film, the audience got to see Preston in his true element - charming, playful, energetic and enthusiastic. Harold Hill freed him from "B" roles in "B" films. He was no longer the baddie or the stooge to the leading man. While he still might be a bit of a baddie, he now added a wink. He was now the star.

After "The Music Man," Robert Preston never failed to fill the screen at the expense of all others. After his early death as the father in "All the Way Home," the loss of his "being" was felt for every remaining moment of the film. 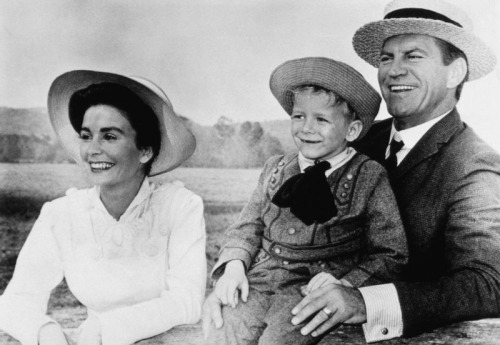 By 1960, this actor whose first movie career spanned 1938 through the 50s when he headed east to Broadway and appeared in a string of hits, was finally getting his due. He appeared sparingly in films in the 70s, preferring to concentrate on the stage, but his performances were always worthy of the star status of Harold Hill.

In 1981 he hooked up with Blake Edwards for the memorable "S.O.B.," which lead to the role of Carroll "Toddy" Todd in Edwards's 1982 comedy, "Victor Victoria." 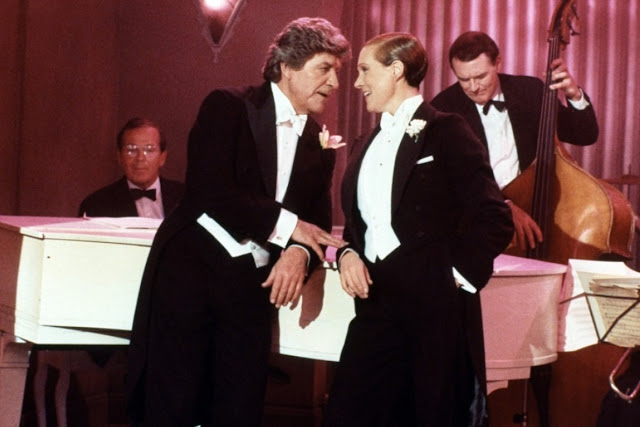 Toddy was such a wonderful role for Preston. He of the testosterone plated voice and the uber-masculine hairline, playing a flamboyantly gay man was genius. He jumped in with both feet and gave a fearless and joyful performance. He was audacious and hilarious and never held back. Plus - he looked great in a tux or a gown. 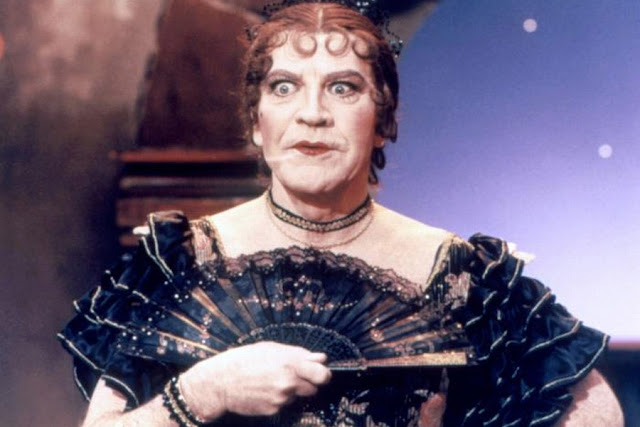 Underscored with a golden and burnished humanity that glowed like a warm fire, it was a performance that lifted the film, capped a long and memorable career and was deserving of that little gold man. No disrespect meant to Lou Gossett, Jr. (the winner that year), but Robert Preston was robbed. 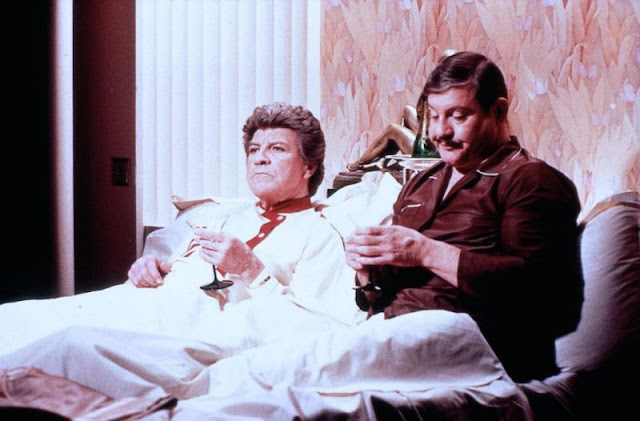 That was the very last time I was emotionally invested in rooting for a winner. Now, I sit back and watch the show and try not to care who wins. This year I will repeat my dispassionate performance in front of the TV. I really do want Leo to win for "The Revenant," but I will allow Oscar (that dirty dog) no more heart breaks for me.

This is my entry in the Oscars Snubs Blogathon, hosted by The Midnite Drive-In and Silver Scenes. Click HERE for more great overlooked performances by that gold-plated so-and-so. 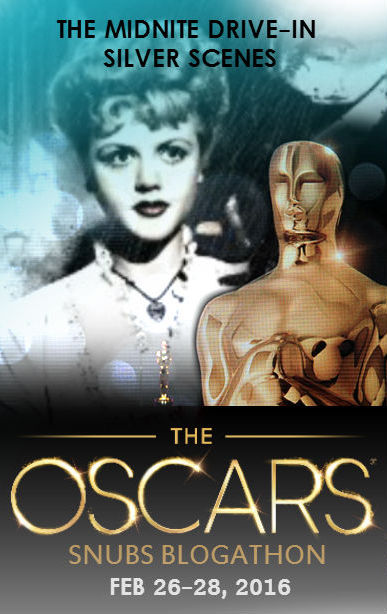 Posted by FlickChick at 7:44 PM

I love Victor/Victoria and watch it every chance I get. I also feel that way about Preston's role in "The Last Starfighter."

Yes, yes, yes. This is one of my favorite movies, and Preston is brilliant, funny and touching in it. This was the first positive portrayal of a gay man onscreen that I ever saw. And I love his songs by Bricusse and Mancini: Gay Paree and You and Me.

I can't remember who DID win the Supporting Actor Oscar that year--so let's just say it was Preston!

And for me too, Desi & Lucy and Sonny & Cher were soulmates, two halves of one great star! (Love your blog too)
-C

I've never seen this film, but I can only imagine how magnetic Robert Preston's performance is.

As for Lucy and Desi, I feel your pain. I wish they could've made it work...

Victor/Victoria (along with Cabaret) are exceptions to the rule when I say I don't like musicals. To my knowledge both of them have songs, but are sung within the context of performing them on stage (not as a tool to expand on the story). Thanks for the entry and great comments on Bob's performance.

I went into that evening totally convinced that both Robert Preston and Lesley Ann Warren would be taking home statues. It would only be a couple of more years before I gave up the award show habit - all award shows.

Quiggy - many thanks for the kind comments and hosting. I am off now to read more!

I hear you, CW. I like to watch mainly for beautiful fashions. I rarely agree with the selections, but refuse to care anymore.

Thank you Sandra - hard to go against Bob in this one.

Patricia - agree - if not for this performance, than for the whole career. Give these folks a break!

Angelman - ah, Gay Paree - such fun. But that last number - I had tears from laughter.

Thank you, Steve, You are a man of good taste.

I still keep rooting at the Oscars because I like to make bets (by the way, I failed hard on my bets this year). And I have to see Victor/Victoria to enjoy Preston's performance!
Thanks for the kind comment!
Kisses!
Le

Oh dear, your post made me realize that it is about time I sit down and watch Victor/Victoria. Robert Preston was such a great actor and really tackled head on EVERY role that he played. I have to see him acting like a woman! Also, thanks for bringing attention to All the Way Home, that is a highly underrated picture.

Great topic FlickChick, and well deserved recognition for Robert Preston and this wonderful film. He certainly carried that great Music Man on his shoulders - can you imagine anyone else at that period doing the role? Another unOscared great one.

Sisters - oh, I command you to watch. it's a great flick and he is divine. And yes - I just love All the Way Home. However, Preston is so strong it it that the air kind of goes out of it a bit after his death.

Christian - there can never be another authentic (or superbly non-authentic) Professor Harold Hill. Preston had such a vivid personality that it took a role like that to fit his perfectly.

[the] Everything of Internet said...

Actually, I think Preston was FAR funnier--and shamefully snubbed--the previous year for "S.O.B." Also by Blake Edwards. This is the film in which Preston delivers the immortal line "Is Batman a transvestite? Who knows?"