This is my entry in the Classic Movie Blog Association Forgotten Stars blogathon. Click HERE to read more entries about stars who were once at the top of the heap.

EVELYN BRENT:
The Scowling Seductress of the Silents
The rise and fall of Evelyn Brent is a true Hollywood story. Born Mary Elizabeth Riggs in either Tampa, Florida or Syracuse, New York in either 1895 or 1899 or 1901, Betty, as she was always known to friends, shook off her drab beginnings and, starting in 1915, she began appearing in silent films made in Fort Lee, New Jersey. After an initial start under her own name, she soon became Evelyn Brent. After World War I, Evelyn moved to London,where she worked steadily on the stage and in films until 1922 when she decided to try her luck in Hollywood. 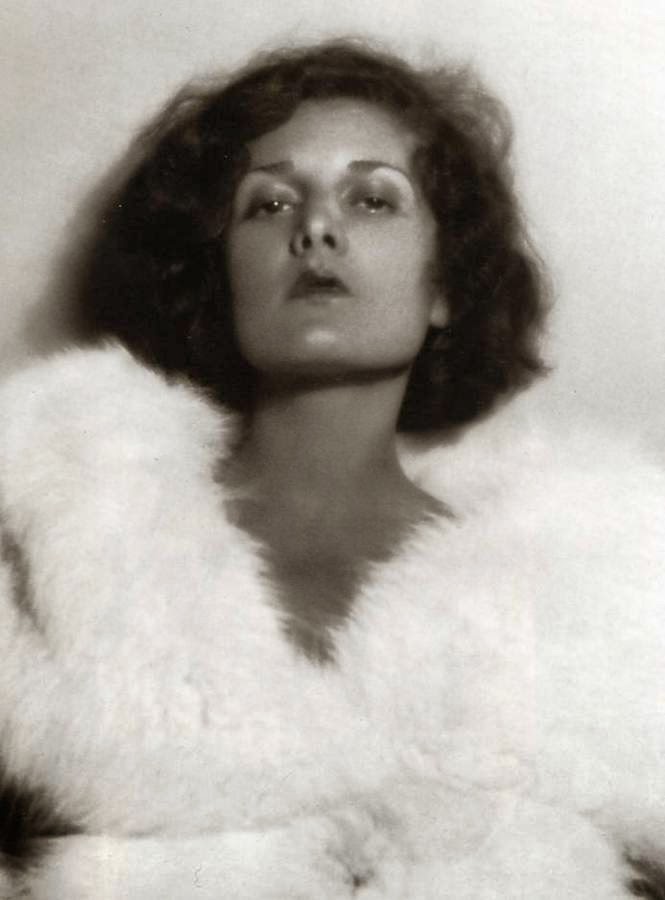 Possessed of a mature beauty and an alluring scowl, Evelyn hit the ground running in Hollywood. Besides being named a WAMPAS Baby Star in 1923 (along with other budding stars Eleanor Boardman, Laura La Plante and Jobyna Ralston) and was signed to an exclusive contract with Douglas Fairbanks. Unfortunately, Doug failed to find a role for her, and she left his company to work for Associated Authors, FBO, Fox and eventually Paramount, carving a niche as the ultimate lady crook and moll. While most beautiful women are known for a beautiful smile, Evelyn was known for her scowl.From her first role in 1915 through her last silent film made in 1928, Evelyn made  over 65 films. Sadly, most of Evelyn's silent films are lost. Although most were programmers, Evelyn was always singled out for her beauty and acting. 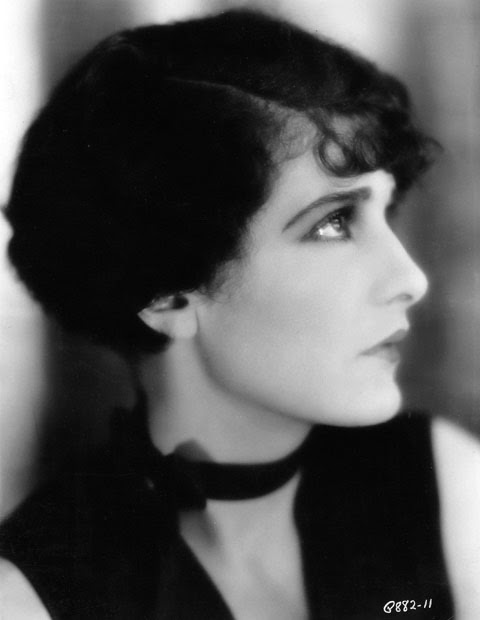 By 1926, Evelyn was an experienced pro and finally was making her way into the front rank of stars. In 1926 she was top billed over a scene stealing Louise Brooks in "Love 'Em and Leave 'Em" and garnered great reviews in a sympathetic part.

Louise Brooks later had some rather unkind things to say about Evelyn and her acting style, but when did Louise ever give another female co-star a break?
Things got even better for Evelyn when Joseph Von Sternberg selected her to star in his next 2 films. As Feathers McCoy in the 1927 classic "Underworld" Brent showed that she had the stuff day dreams are made of. Draped in feathers by Travis Banton, Evelyn proved herself a star who could hold her own with the best.
Things got even better when Von Sternberg chose her again for 1928's "The Last Command." Starring opposite the great Emil Jannings, she garnered great reviews and was poised for super-stardom.
Unfortunately, 1928 was the to be the height of Evelyn's career.  Her 2 greatest performances were under Von Sternberg's direction. One wonders if Evelyn's professional fate would have been different if Dietrich had not shown up. Shortly after those 2 great films sound and some bad luck would find Evelyn on the outside looking in.
Having had stage experience, Evelyn did not fear sound and appeared to good notices in Paramount's first talking feature "Interference" (1928).  Her voice was good, but not especially distinctive and, somehow, the allure of her silent scowl lost a little luster when she spoke. In addition, her personal woes seemed to tarnish her professional reputation. 2 bad marriages and lots of money troubles left Evelyn broke and, by the early 1930s, playing secondary roles in bad films and touring in vaudeville.

In typical Evelyn fashion, she seemed not to mind the loss of luxury and life on the road, but she soon came back to Hollywood (with husband #3: Harry Fox of foxtrot fame) and settled into a life of low budget films and small parts. She almost always received good reviews and the critics and audiences alike always seemed to welcome her presence, but the star ship had sailed for Evelyn Brent.
Evelyn Brent once represented the femme fatale glamour of a true Hollywood star, but as time went on she became a forgotten star. She worked steadily through the 30s and 40s, always getting good reviews and always appearing in forgettable films. She worked for a while for a talent agency, but had retired by 1950. She was still on the casting lists for small roles and extra work when she died in 1975.

In 1972 film historian John Kobal sought her out and found a "gaunt old woman with wiry hair" who lived modestly and spoke candidly and freely about her former life. What is clear from the interview is that Evelyn Brent never really wanted to be a star. She lacked the drive of a Crawford or Davis and when the going got tough Evelyn did not fight for her position as a star. Instead, she was content to fade into the background with her third husband (a happy marriage at last). She was proud of her career, especially of the films made with Von Sternberg, and she harbored no grudges and nursed no grudges. She had a bite of the apple and was content. Mr. Kobal summed up Evelyn perfectly:


Source material included  John Kobal's "People will Talk" and "Evelyn Brent: The Life and Films of Hollywood's Lady Crook" by Lynn Kear and James King. The latter has an extensive Evelyn Brent filmography.

AWWWW. Love the quote at the end. Weird that the only two films I've seen Evelyn in are the two she made with Von Sternberg. That there was no room for anyone other than those who were seemingly willing to be cutthroat to get ahead is sad. I knew it, but still sad when put in the context of a life.

Thanks, Aurora. Everyone can't be at the top of the heap and Evelyn sure had her moment. She seemed at peace with all of her decisions, so maybe she knew more than most. She had one bad husband, though, that lost all of her money. If she had saved some $$ her life at the end would have been a little more comfortable.

Wow! I saw "Underworld" for the first time a couple of weeks ago and was greatly impressed by Evelyn. Reading her story makes that impression even greater.

Thank you, CW. She was a real stunner - just made for the silents. But it shows how some performers really need a Thalberg or a Von Sterberg to push them to the forefront.

I knew Evelyn was familiar! The Last Command is one of my favorite silent movies :)
I didn't know anything about her! For a while I felt she could have accomplished more, but I was glad to read that she never wanted to be a star and was happy with what she got.
Kisses!

Great choice FlickChick. Evelyn Brent always embodied the image of silent Hollywood for me since first seeing her portrait in John Kobal's book. She had a perfect profile and a presence that seemed made for the period. I can see that she and Louise Brooks could really never have been stars of the mid or late 30s.I love that photo from Interference (which I own) in that wild Travis Banton costume. Great post for The Forgotten Stars blogathon.

Hi Le - Kobal said that she really was just an average, not a very interesting person in real life - she kept all of her fascination for the screen.

Christian - I would just love to know what that Travis Banton gown looked like in color. My imagination runs wild!

That is a VERY impressive shoe collection Ms. Brent has!

I'd never even heard of Evelyn Brent before now, nor did I know about her famous scowl. She looks like a charismatic actor – it's too bad that so much of her silent film work has been lost.

So glad you posted this mini bio!

Thank you, Ruth. Those silent ladies sure loved their shoes. Evelyn had a face for silents - thank goodness for the Von Sternberg films and the beautiful photos.

I became hooked on her after picking up that von Sternberg set, but after running into a few of her early talkies on TCM, you can kind of see why she fizzled out. I agree, her voice was fine, but the magnetism seemed gone. Have wanted to know more about her for awhile now (that biography is near top of my want list!) so thank you for providing an introduction beyond the few films I've seen. Love that later photo of her and Brooks too!

Hi Cliff! Yes, Evelyn was made for the silents. I would have loved to have seen her vaudeville routine. Also - I have been trying to track down her paramount on Parade bit with Chevalier, but no luck yet.

I just recently saw "The Last Command" in the theater and was intrigued by her range and authenticity in the role. I wondered who she was, having never seen her in anything else. I have to check out Underworld. Thank you for such an interesting (and timely for me:)) review.

Thanks for a great post! I didn't know anything about Evelyn Brent, and now I'm intrigued. Beautiful images, too!

Terrific, as always. There is so little information on this star. You have educated us--again!

I've never seen any of Evelyn's work, and sure would like to now. What a fascinating person -- a big star for a while, then satisfied with small roles, then perfectly happy to be out of the limelight. Very unusual, and shows a strong core. She really knew herself, didn't she? Oh, that butterfly outfit -- gorgeous. She looks so incredibly thin in the hips and legs in that dress. Thanks for introducing me to someone I never knew. I'll be watching for anything with Evelyn!

I'm not at all familiar with Evelyn, but was very intrigued to read about her signature scowl and the slow fade-out after enormous success in the late '20s. Of course, great success as an actor comes at a great cost (and uusally ends up warping the person). I admire Evelyn for succeeding on her own terms.

Thank you, Leah. She was wonderful in The Last Command - she really blossomed under Von Sternberg.

Hi Blondie - I got interested in Evelyn after seeing some stunning still photos - she was riding high for a while.

Thank you, Inge - I look forward to your follow up!

Hi Becky - she was indeed very photogenic. She was perfect for silents - not so much for sound, but she managed to keep working.

Hi Brian - yes, she managed to come to the conclusion that there was more to life than just being a star. I just wished she had saved her money!

I've seen Evelyn Brent in her two von Sternberg films, and she definitely was a beautiful, alluring talent. It's a shame that so many of her films are lost, so we don't have a complete picture of her talent. Thanks for such a lovely tribute.

A true 'what if' tale and a sad backstory. I know it's not just about the looks, but Evelyn was such a beauty. She was truly made for her time, it's just such a shame that there's not more of her.