The Bennett Sisters: It Runs in the Blood

No - not THOSE Bennett sisters. No pride and prejudice here. More like glamour, sophistication, scandal and men.  So take that Elizabeth, Jane, Mary, Catherine and Lydia, and while we are at it Kim, Khloe and whatever, too. These sister ruled the Hollywood scene during the 1930s and 1940s and made all others who walked in their wake look ordinary.

Our sisters came from a grand theatrical family.While not quite the Barrymores, Papa Bennett was quite a character, as well as a highly successful actor on stage and, later, screen.

A whole article could be devoted to Richard Bennett, he was that interesting, but the short story is that, by the late 1890s he had decided it was the actor's life for him and by the early 1900s he was a star on Broadway. He later gave silent films a run (acting and directing) and, at an advanced age, sound films, as well. You may know him from his role as Major Amberson in Orson Welles' The Magnificent Ambersons (1942). He was a man of great wit and keen observation (calling the movie business not an industry, but a madhouse).

Adrienne Morrison was Richard's second wife and the mother of Constance, Barbara and Joan. While her success as an actress was marginal, she, too came from a theatrical family. She and Richard were married for 22 years and divorced in 1925. Both went on to wed again. 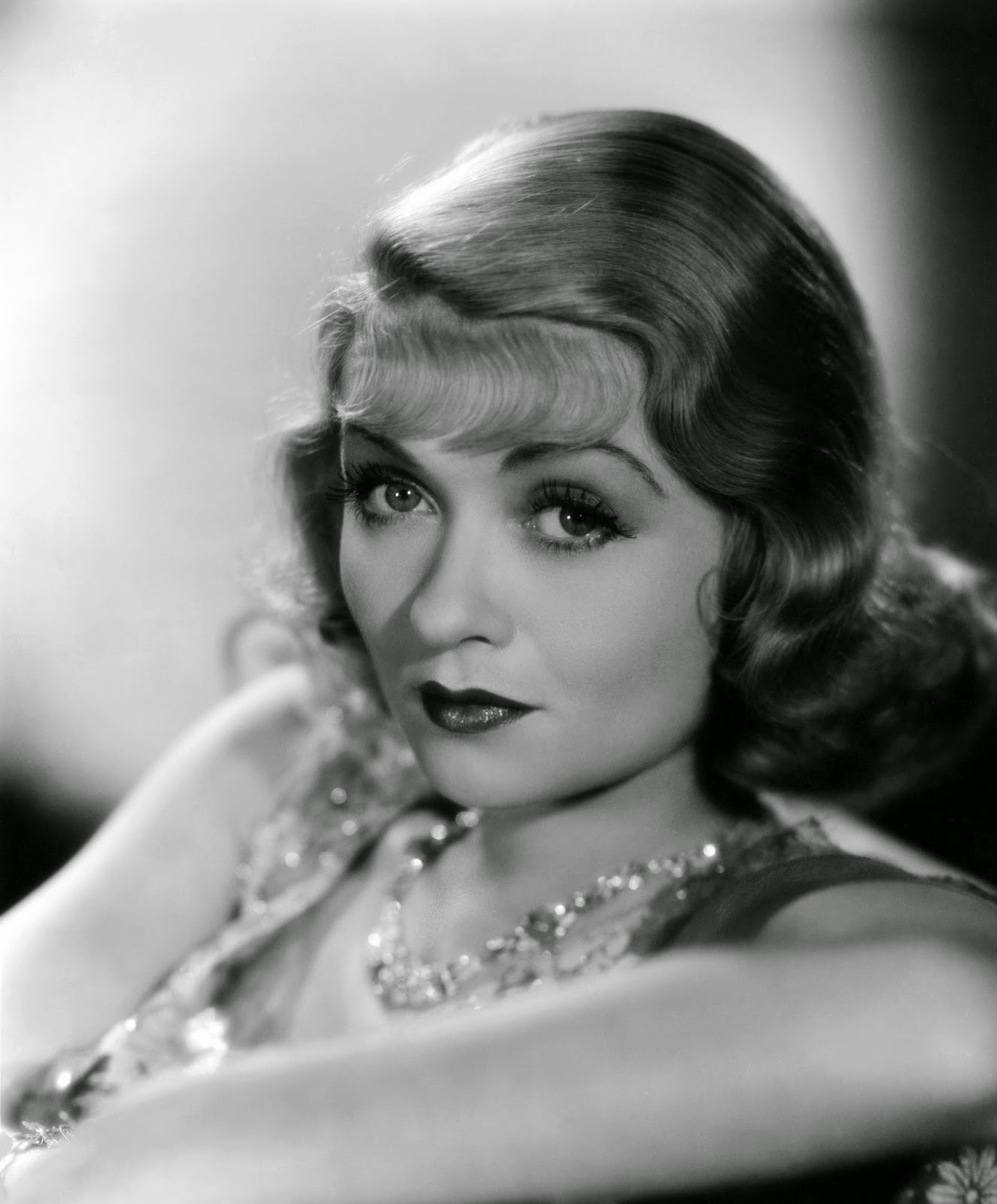 Constance Bennett, the oldest of the three sisters, was born in 1905 and, in between having a glamorous off-screen life, established herself first as a beautiful flapper, later as a beautiful pre-code honey and lastly as a beautiful comedienne. Through it all, she was just too busy for Hollywood. 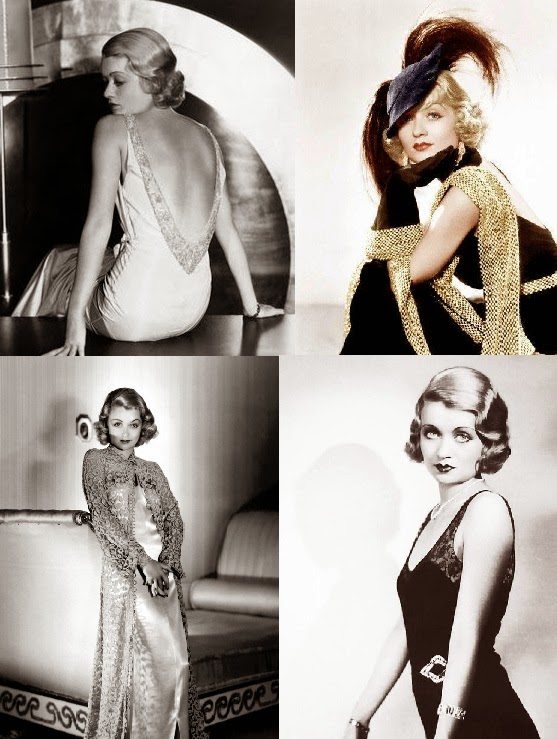 She followed her father out to Hollywood in 1921 and her connections and beauty quickly landed her some important roles, most notably with Joan Crawford in 1925's Sally, Irene and Mary. Her career was going well, but Connie chucked it all to marry millionaire Philip Plant in 1926. Her contract with Metro was terminated.

The marriage didn't work out, so Connie was back in Hollywood, but she seemed to have an ulterior motive. Instead of returning to her metro (who had first dibs on her services), she signed with Pathe. This was most likely due to the influence of one of its executives, the Marquis  de la Falasie (soon to be Gloria Swanson's ex Connie's next husband).Throughout the early 30s she starred in a series of wrong-side-of-the-road romances (many times with Joel McCrea, that lucky wench). She made a lasting mark in the great What Price Hollywood? (1932) as the Brown Derby waitress whose story was surely the precursor to A Star is Born. Her own star wanted in the later 1930s (largely due to her boredom with Hollywood), but she got in a few good roles (notable Topper (1937) in and Merrily We Live (1938) in ) before settling into some B roles. She worked tirelessly during World War II for refugees and even found time to do radio work, lend her name to a line of cosmetics and fashion and even marry Gilbert Roland (1941-1946) and have 2 children with him.

Connie was always the last word in elegance and sophistication. Here she shows you how to be beautiful (doesn't everyone wake up looking like this?)

Her last film was "Madame X" (1961) alongside Lana Turner and there are some funny stories about how Lana was a little miffed that Connie was slimmer and could pass as her older sister, not mother.

This woman rocked it to the end and I love her.


Joan
In 1941 Cole Porter's lyrics to Let's Face It included these pithy lines:

Let's talk of Lamarr, that Hedy so fair,
Why does she let Joan Bennett wear all her old hair?

If ever an actress' career was defined by her hair color, it was Joan Bennett. Born in 1910, the youngest of the sisters followed daddy and big sister out to Hollywood in the late 1920s. But this was not before she had eloped at age 16 with the son of a millionaire (sensing a theme her with these girls?). Naturally, the marriage was a bust, so she hiked up her skirts and joined the family business. 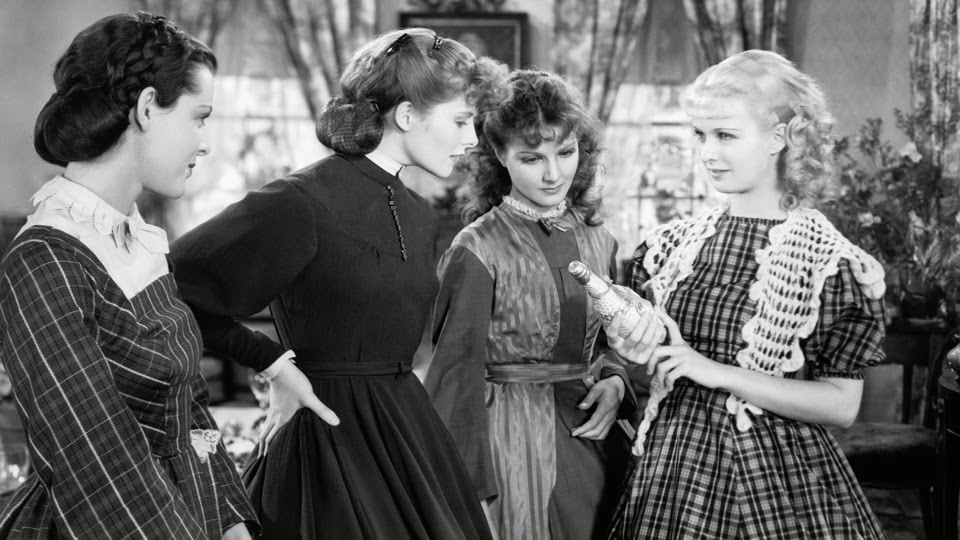 Throughout the early 30s she was the personification of blonde innocence. Her role as Amy in 1934's "Little Women" brought her to the attention of future husband, producer Walter Wanger. Wanger would be her 3rd husband, as she was married to screenwriter Gene Markey in between the millionaire's son and Wanger. In 1938 she put on a brunette wig for "Trade Winds" and suddenly the world took notice.
With a change of hair color the dainty little blonde (who was considered for the role of Scarlett O'Hara) turned into an actress of substance. Her status as film noir goddess was sealed with 2 Fritz Lang classics: 1944's "The Woman in the Window," and 1946's "Scarlet Street."

Joan kept on working, touring in stage plays and acting in films until scandal erupted in 1951. While Joan was having a chat in a parking lot with her agent, Jennings Lang, Wanger, who had been following them, shot Lang in the thigh and groin. He admitted to jealously (although Joan & Lang denied an affair, it is not clear if they were being totally candid) and served a 4-month prison sentence. Joan and Wanger reconciled and remained married until 1965, when they divorced.

Joan married again and continued her career. She seemed to be the one Bennett who like to work, continuing to appear on stage and on TV, eventually winning an Emmy Award nomination for her work in the cult daytime soap, "Dark Shadows."


Barbara
It's not easy being the middle child. Poor Barbara Bennett. In a normal family, she might have had a chance. But, with a father who was a lion of the stage and 2 sisters who were world famous for their talent and beauty, Barbara Bennett (born in 1906) had no choice but to showcase her talents off-stage. Unfortunately, her talent was for dramatics, usually of the emotional kind.

As a young dancer who landed in New York from Kansas, Louise Brooks was lucky enough to be taken under Barbara's wing. From her, she got a first hand view of the Bennett clan (dad rarely rose before noon, Constance was too busy to pay attention to the Kansas native - though she gave her good advice concerning clothes, and little Joan always seemed to have her nose in a book). Barbara generously opened doors for young Louise.
Barbara's influence got Brooks a job in George White's Scandals and the 2 remained friends. According to Brooks, Barbara made a career of her emotions. Not as beautiful or talented as her sisters, she struggled to find her place in the world.

Things seemed to have turned in Barbara's favor when she married singer Morton Downey in 1929. They had 5 children (one of them talk-show host Morton Downey, Jr.) and their marriage seemed to be a happy one.
However, things were apparently not what they seemed. Around 1940, Louise introduced Barbara to Addison Randall, a B Cowboy star she had been dating. Barbara apparently went gaga over Randall and left her family. Downey crucified her in court and Barbara lost custody of her 5 children. She and Randall married in 1941, but life was never easy for Barbara Bennett. As a result of an accident while filming a western, Randall suffered an injury and died in 1945. Barbara married again, but, in 1958, committed suicide. Said friend Louise Brooks:

"Only her death, in 1958, achieved in her fifth suicide attempt, could be termed a success."

Hollywood Loves Sisters
Hollywood has always loved sisters. Besides the Talmadges, there were Olivia de Havilland and Joan Fontaine and those gorgeous Gabors. But there was something special about those Bennet girls. Constance and Joan, besides being talented and beautiful, had that special sophistication of the theater about them (thanks for mom and dad) and, through their long and separate career, never had a public fight.
Posted by FlickChick at 4:02 PM

Terrific post. I never knew the story of these sisters. Beautifully illustrated and well-written, as always!

Thanks for writing about the sisters Bennett, such a remarkable acting family. Consctance was such a natural for the 30s sleek clotheshorse movies - I loved her best in Topper. And Joan was so good in so many films.A wonderful post FlickChick.

Thank you, Inge. Isn't it a great story? I barely did it justice - each one is a full bio in itself.

Hi Christian. Oh, Constance is by far my favorite - she was such a beauty and wore clothes like mad. Plus, she sure knew how to snag a husband!

A fascinating post, especially since I knew nothing about Barbara's sad life. I first became familiar with Joan through...yes...DARK SHADOWS. My dad told me she had been a movie star and had a sister who was also an actress. It took me a few years to catch up on Constance's work. Joan was always a distinctive presence.

I had NO IDEA Barbara B. committed suicide. That is so sad.

They sound fascinating, each one of them. By coincidence, I saw "Woman in the Window" for the first time this past weekend. As you pointed out, Joan is terrific as a noir dame.

Joan is my favorite of the sisters, and thank you so much for such a great, informative post. I'm another rader who feels sorry for Barbara :'(
Kisses!

I admire Joan Bennett for having the self-confidence to not only go brunette after having Hollywood success as a blonde, but also for going head-to-head (literally) with Hedy Lamarr, looks-wise. Luckily, Hedy was very European and Joan was very American or it could've been even more confusing.

Though Joan and Myrna Loy don't much resemble each other, I mistook Joan for Myrna in "Father of the Bride" when I first saw it as a child and, probably because the role was very "Myrna," it was a long time before I noticed my mistake.

Hi Rick Yes, the first time I knew of JOan was in Dark Shadows and then Father of the Bride. I was amazed at how beautiful and famous she was.

SIlver Screenings - WOman in the Window is a great film and a great showcase for Joan.

Le - oh, I know - Barbara's story is so very sad. I most know of her through Louise Brooks and, as we know, Brooks was a harsh critic of all things (including herself).

Hi Patty. I can see you making the mistake about Myrna. It was a very calm and maternal role. And I love the Cole Porter lyric about Hedy/Joan.

I am so glad that Joan and Constance were successful in life but the world has no room for such losers as Barbara. She wasn't as pretty as her sisters and didn't deserve success or happiness.

I have seen all of Joan Bennett's movies except for 7 that were made between 1929 and 1932. My favorite movies of hers were primarily those from Trade Winds to The Reckless Moment. I now watch Dark Shadows five nights a week on the decades Channel, at midnight.

Joel IMcICrea can't be a wench! A wench Is a woman wIth a hurtful character.