HOORAY FOR HOLLYWOOD: SINGIN' IN THE RAIN 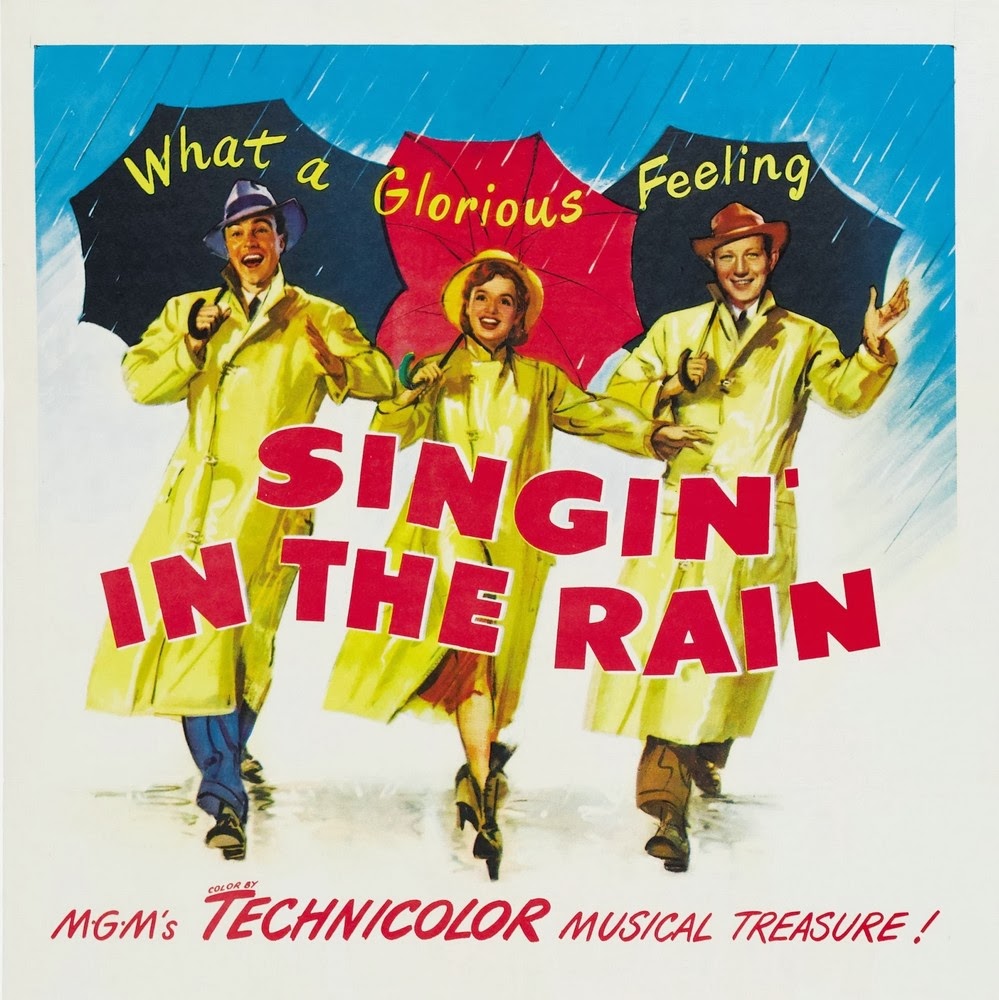 When "Singin' in the Rain" was released in 1952, silent films had been a thing of the past for only 24 years or so. Probably more than half of those in the audience remembered them and certainly many of those who made the film were there at that time when silents transitioned to sound. Cinematographer Harold Rosson started with Mary Pickford and producer Arthur Freed, along with composer Nacio Herb Brown, wrote the lyrics to music used in the film; music that was first written for those early days of movie musicals.

Here are Freed and Brown performing one of their songs in "The Hollywood Revue of 1929." Freed was a songwriter before becoming a producer.

Our hero, Don Lockwood (Gene Kelly), has the image of a devil-may-care cross between swashbuckler Douglas Fairbanks and lover John Gilbert. It is an image larger than life and perfectly suited to the silent screen where viewers can flesh out a character with their imagination. George Valentin, the leading character of the recent "The Artist," bore a resemblance to Kelly as Fairbanks/Gilbert. 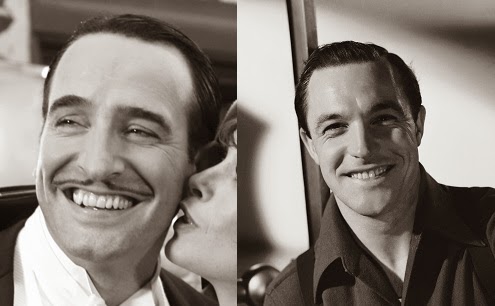 Don's co-star, Lina Lamont (Jean Hagen), complimented him perfectly as the elegant screen goddess. Together, they heated up the screen. The fact that they were lovers off screen only added to their appeal. 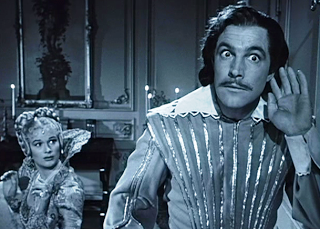 What their fans didn't know was that Don hated Lina and that Lina was a delusional dodo bird with a voice like nails on a chalkboard. As we know, Don and his loyal friend Cosmo (Donald O'Connor) make the transition to sound (along with ingenue Kathy Selden, played by Debbie Reynolds) and Lina is, presumably, laughed off of the screen.

What a cast! Feast on some best moments:

Aside from the music, the dancing and the great performances by the perfect cast, what makes this movie so endearing is the feeling that the people who put this together had experience in that time and place. The depiction of panic that overtook Hollywood feels real, the bad sound, the bad voices, the outmoded characters, the diction coaches, and Lina's cry that she can't make love to a bush all have the ring of truth and, even while they are being kidded, there is a feeling of affection.

While too much credit cannot be given to Kelly and director Stanley Donen, as well as to Donald O'Connor for his wonderful chance to shine and Cyd Charisse for her elegant channeling of Louise Brooks, my heart really belongs to Jean Hagen's wickedly funny and touching Lina Lamont (I am a charter member of the Lina Lamont fan club - for more, read HERE). Poor Lina - a silent screen goddess who made her studio tons of money deserved a better fate than ridicule - and that is my only complaint about this glorious film. Monumental Studio boss R.F. Simpson, along with Lockwood and Cosmo, are awful adolescent bullies. True, Lina was mean to Kathy, but public ridicule was pretty mean! However, I guess that's the message - Hollywood ain't for sissies! Hopefully, Lina licked her wounds with the help of a fat bank account.

So, can I resist posting the 2 powerhouse numbers? No way!


This post is dedicated to the awesome Lina Lamont - may she never be forgotten!!

A shimmering, glowing star in the cinema firmament!

Posted by FlickChick at 3:29 PM

Email ThisBlogThis!Share to TwitterShare to FacebookShare to Pinterest
Labels: Hooray for Hollywood, Singin' in the Rain

I have not seen "Singin' in the Rain" since 2012 without thinking about the Lina Lamont Fan Club. Thank you for adding to my enjoyment of the classic (in every sense of the word) movie.

Hooray for you, who crated this series about Hollywood on film! I predict that I'll see many of my favorites in upcoming posts here.
What can I say about Singin' in the Rain? Everything is perfect, because it's true, it was created by people who saw the sound dominating the silence. My favorite number is Moses Supposes. :)
Kisses!

What a fun post, Chick! I know this movie by heart, and I never miss a chance to see it. I'm with you -- Lina is epic! I was so surprised years ago when I first heard Jean Hagen's real voice, low-pitched and lovely. What an actress she was... I too am salivating over your musical posts to come ....

CW - we will make you an honorary member!

Becky - I am so in love with Lina - in fact, she is all over my next post, too. The woman is everywhere!

This is my all-time fave musical. I had the chance to see it on the big screen a couple of years ago and it was pure magic. The set, costumes, music were amazing!

I'm not sad that I don't care for this iconic musical since you have Becky to watch it with every 3 months. ha ha

Loved the clips you chose. If I need a reason for not liking it I guess it would be Debbie Reynolds. (So sorry, Debbie fans out there.)