This is my contribution to the Classic Movie Blog Association Blogathon: Film Passion 101. Click here for the full roster of fabulous entries! 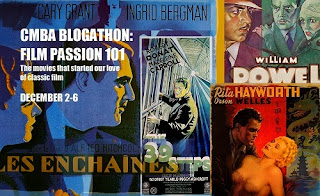 I must have been about 10 or 11. My parents were going out for the afternoon. I assume my older sister was enlisted to be home, as well, but it felt as though I was home alone. I’m pretty sure it was a Sunday. I had probably just finished watching the 3-hour Sunday morning show, Wonderama (WNEW Channel 5 New York), and do recall being intrigued enough by the upcoming teaser to stay put and watch the afternoon movie, The Public Enemy.
I almost turned it off. It was so old! The sound was so scratchy! And then he appeared and my life was never the same. It was Cagney and I was in love*. Who was this man? Was he alive? Dead? Famous? Forgotten? My knowledge of old-time stars up to that point consisted of Abbot and Costello, the Three Stooges and Bette Davis, Olivia DeHavilland and Joseph Cotton (thanks to an accidental trip to the movies to see Hush, Hush Sweet Charlotte that had a live appearance by Bette and Olivia, but that’s another story). I do recall seeing Alice Faye and Bing Crosby on a show called Hollywood Palace, but not in any movies that I was willing to sit through. 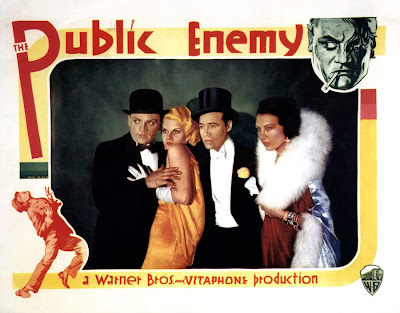 But back to Cagney. I was under his spell. I had to know more about him. When my mom got home I was full of questions. She answered as best she could, but it was hardly enough. Monday brought a trip to the library to look up anything and everything about the man. Weeks were spent examining each new TV Guide to see when a Cagney picture would be shown, as I wanted to see them all (by my count he starred in 61 feature films; I’ve seen 50 – most of them on WNEW, who seemed to have the rights to a lot of old Warner Brothers films). While I love the Internet, I have to admit that nothing beats that exciting feeling when you are digging through old books and magazines and come upon a treasured piece of information.

So, I loved the Public Enemy because of Cagney. I later learned that my Dad had a big crush of Joan Blondell and that Jean Harlow was not the world’s worst actress (my Aunt Lois apparently loved Harlow as a kid, kept a scrapbook, called her only by her first name and informed me that Jean never wore underwear). Oh, and that ending (Oh the awful sound of that rain, and did the size of that curb and Jimmy being sent home to his Irish mother wrapped as a mummy) scared the beejezus out of me. Poor Jimmy!!!

My love of classic film is always anchored to the star. Cinematography, director, all that stuff never much interested me and still really doesn't, although I have learned to appreciate it much more. I was star struck by James Cagney in The Public Enemy and from there it was just a short trip to this down the rabbit hole. 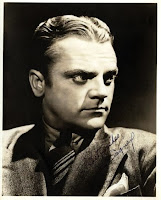 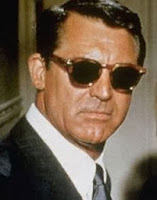 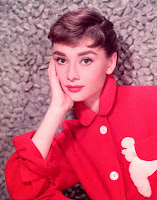 Of course, that was only the beginning.....

* Before my massive crush on Cagney, I did have a kid-crush on the host of Wonderama, Sonny Fox.

Who sorta looks like my #1 movie star love affair of all time, doesn't he?

Posted by FlickChick at 3:36 PM

Cagney! The very name is thrilling.

My first Cagney flick was "The Roaring Twenties". He's the guy you never get over. Sigh.

WONDERAMA! Wow, there is a show I have not thought about in years. Wasn't Sonny Fox the host? Anyway, you are right, WNEW must of had a contract with Warners. On Sundays they always had Cagney, Bogart, Davis, Raft, Robinson or some other Warner star studded movie on. Generally, I think they played three or four films every Sunday. It was a movie school in and of itself. Cagney was fabulous! He made so many great films. Though I will admit, I am more a Bogart fan that Cagney. That said, Mr. JC was certainly more versatile as an entertainer. I am splitting hairs here because both men are in the film lovers stratosphere.

My dad was always a big Cagney fan (and they had in common being softer on the inside than they seemed on the outside). The first Cagney film I remember seeing is "Angels with Dirty Faces," but I can't be sure if it was my very first, his movies were, deservedly, staples on TV from day one. Great memories - and a wonderful tribute to a great star.

FlickChick - like you I remember seeing this film as a kid on daytime TV, and I never forgot his face or that last scene of him going face down. I'd later appreciate all his other qualities and stylistic gestures, later still his dancing. There's still nobody else like him on screen

This was an absolutely wonderful post. I loved how you went to the library right away to look up James Cagney info – that is adorable!

Thanks for sharing these memories.

What a delightful memory! I think ANGELS WITH DIRTY FACES was ny first Cagney picture, but PUBLIC ENEMY was second. Thee grapefruit scene was a stunner...I had never seen anything like that in a movie (it struck me as so mean!). I loved researching stars that I liked at the local library. Once I learned that Richard Basehart (star of my favorite TV series VOYAGE TO THE BOTTOM OF THE SEA) was also a film star, I started making a list of his movies and looking for them on TV. So, when are you going to write about HUSH, HUSH with a live appearance from the stars???

Love the post! My first Cagney film was The Strawberry Blonde (always have been a de Havilland fan) and I too was blown away by his charm.

CW - even though many other stars have captured my heart, even Cary Grant has a tough time dethroning Mr. Cagney for my affections.

John - I LOVED Wonderama and Sonny Fox. And may I add Sandy Becker? As for Cagney-Bogie - I am on team JC, but grudgingly acknowledge the allure of Mr. B.

Lady Eve - yup - that was Jimmy - tough on the outside and tender on the inside.

Christian: even though TV became the nemesis of movies for a time, it proved to be the road to classic film for so many of us.

Ruth - the library was all we had!!! I was a wiz at the dewey decimal system!

Rick: The HUSH HUSH experience is a story all its own - I am not a big horror film fan, but maybe for next Halloween!

Fritzi - by the time I saw Strawberry Blonde I was so besotted by Jimmy I nearly swooned to see him get all romantic with Olivia!

I also was starstruck when I saw The Public Enemy. I was 16 and had a bad day. I shuffled through channels and ended on Brazilian TCM. The film was starting and I was thrilled to see that Jean Harlow was in it. But Cagney got me. He has been my favorite actor ever since. And I rewatched this film three times in that same year.
And, please, tell us this story of seeing Hush, Hush Sweet Charlotte with Olivia and Bette!
Kisses!

If a screen presence is gonna pull you right in to his grip, it's gotta be Cagney! I've mentioned this before, but as my mother says, "he could do anything!".

LOVE your memories, Marsha! And love the fact you mention combing through the TV Guide looking for Cagney films. Combing through TV Guide was a weekly ritual for me as well. When I was old enough to buy my own copy I did so I could mark it up with all the movies I intended to see that week.

Thank you, Aurora. I so loved the weekly movie section of the old TV Guide. I planned my whole week around it - since there were no DVRs. Boy, once I got a VCR, I was in heaven.

Boy, you can't go wrong with an introduction to classic movies as far as James Cagney is concerned. My interest in seeing his movies was stoked by an episode of Hawaii Five-O ("The Bells Toll at Noon") in which Rich Little played a psycho who killed a few people using Cagney films as inspiration...and one of them dies just like Jimmy did in The Public Enemy.

Great posting - 'The Public Enemy' was the film that did it for me, too, though I was middle aged at the time! It made me fall in love with both Cagney and director William Wellman. I've since seen all of Cagney's movies except for a couple of rarities and TV performances... still have quite a few Wellmans to catch up with. I must also join in with the love for 'The Strawberry Blonde'. Judy

Marsha, I too grew up with the Warner Bros on WNEW. Maybe that's why my Dad and I loved Bette Davis so much! I loved Wonderama too -- but Bob MacAllister was host when I watched it! It is so cool to hear about another person who grew up watching what i did. Sometimes, we think we were the only ones, now we know there were a lot of us!

Ivan - I so remember all of those imitations back when people actually knew who Cagney was.

Judy - I have a real soft spot for The Strawberry Blonde, too - not only does it show Jimmy's softer side, but it also gives him a swell romance with Olivia de Havilland and who can deny how alluring Rita Hayworth was? One of my favorites.

Tracy - the shared memories are what I really likes so much about this event. Thanks for stopping by.

Flick Chick loves Cagney and wants to marry him. It's sweet and adorable! ha ha

It really is sweet how you fell for Cagney and then did all you could to find out more about him. I felt the same way when I first saw a Ramon Novarro film. He was so dreamy and mysterious with those dark eyes and locks of thick, curly hair.

This was a fun read.
Page