NOVEL NOIR: TAKE HER FOR A RIDE

Are you one of those people who knows more about old Hollywood than anyone else in your circle of friends? Do you know who was who at every major studio? Do you know the seamy side of the silver screen? Do you think you have a book in you? 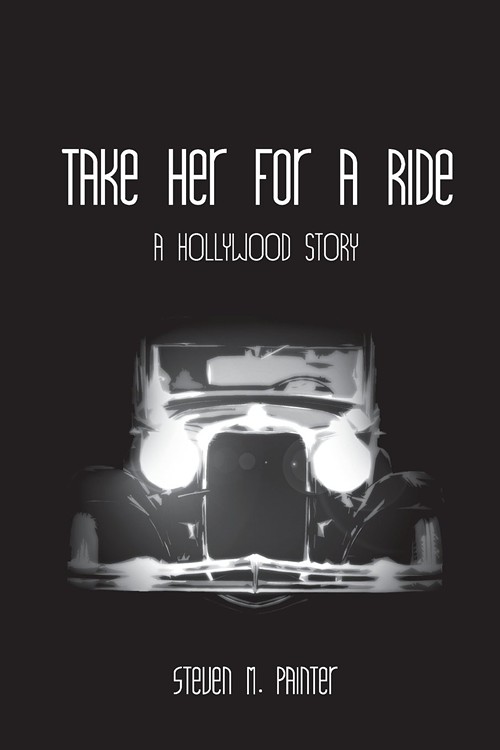 Steven M. Painter, a film scholar who holds a Masters Degree in Film Studies, took that knowledge of all of the grimy inner workings of our favorite west coast town and has written "Take Her For a Ride: A Hollywood Story." While the novel reads like a film noir of the 1940s, it actually takes place in the early 1930s when talkies were new and booze was still banned.

It's a story that zips along nicely. Paul's trial and tribulations at Universal (especially with Laemmle, Jr.) are well done and give insight into how much work really goes into making a movie. Lillian's climb to success at Warner Brothers is also depicted in believable detail. Lillian works like a dog, most of the time doing non-camera work, before things start to break her way. All of the glamour is in front of the camera. Deceit, sweat, determination, failure and heartbreak take place behind the scenes. The story of the making of the film "Dracula" seems very real and well researched and the depiction of Lugosi as an overcooked ham is quite amusing.

However, Painter, in choosing to plunk his fictional characters down in historical events, encounters those pesky annoyances called facts, and herein lies the danger of self-publishing. These are small things, but the head of Columbia was Harry Cohn, not Harry Cohen, the actor who stars in "God's Gift To Women, " one of the films in which Lillian appears, is Frank Fay, not Frank Fey, and though he states that Louise Brooks, who also appears in that film, was known as the girl in the black helmet, that description came from Kenneth Tynan's famous 1979 New Yorker article about Brooks. Actors have roles, not rolls, and Jack Warner referred to a script as possible carp when I think he meant crap (but maybe not). A good proofreader could have helped Mr. Painter's cause. I take issue with Mr. Painter's rather cruel descriptions of Joan Crawford (being on Team Crawford myself), but I've become used to that.

But, no matter. All in all, "Take Her For a Ride" is a fun story of the ups and downs and ins and outs of Hollywood in the early 1930s where everyone is taken for a ride by someone. Paul and Lil work it out, but in typically Hollywood fashion (of course). It just might make a swell movie.

"Take Her For a Ride" is available online at Amazon and Barnes and Noble.
Posted by FlickChick at 8:39 PM

Email ThisBlogThis!Share to TwitterShare to FacebookShare to Pinterest
Labels: Take Her For a Ride

How great it sounds! I've bought some film-related books that I'll probably only read next year, but I'm so happy with my purchases!
I know how proofreading is important, even in blogs. When I self-published my film book I found some mistakes, but fortunately most about paragraphs! And I've done a job on revising texts, and saw how important it is.
Kisses1

Thanks, Le. I hope Mr. Painter has some good luck with his book and enjoys the experience.

This looks like a terrific read. I will put it on my reading list. (Yes, I am one of those people...)

Silver Screenings - I applaud the author for getting his story down start to finish - it is no easy task!

Thanks for the tip on this book FlickChick. In the past I've tried several classic Hollywood-themed novels and I'm usually disappointed.

So true, Christian. A great knowledge of the subject helps, but there is so much more to creating that elusive "good read."