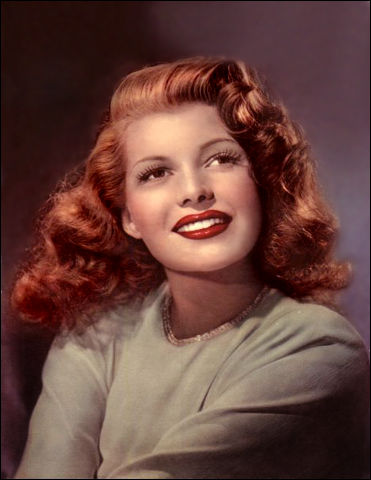 Film historian David Shipman had this to say about Rita Hayworth in his masterful "The Great Movies Stars: The Golden Years":


"The appellation 'The Love Goddess' has been used about a dozen stars, but mostly about Rita Hayworth. Whatever other girls had - and sexy, desirable girls were never in short supply in films - Rita had more of. She was ravishing in black and white, and breathtaking when (very sensibly) they put her into Technicolor: auburn-haired, brown-eyed, and with the proverbial peaches-and-cream complexion. It wasn't just physical allure. Naturally it's preferable when a woman on the seducing end attractive - provocation was an early Hayworth specialty - but she did have that special star luster. One fan-mag-writer in 1963 considered her 'an interesting interval - if not an especially dynamic one - between Jean Harlow and Marilyn Monroe,' but her appeal was really somewhat more subtle than either. She was once described as 'the intellectual's glamour girl,' presumably implying that a lot of people liked her who weren't expected to." 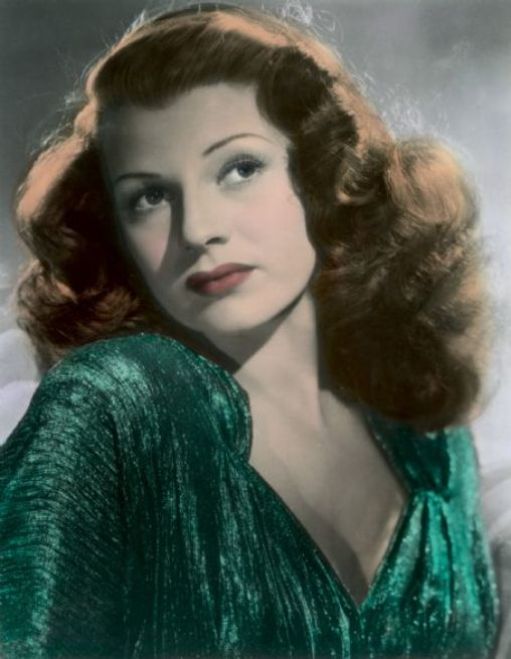 Lately, I've just been thinking that she is one of the most beautiful women ever to to grace the screen.

Complex, Talented and Tragic
Rita's story is well known. Born Margarita Carmen Cansino, she followed in her dancing father's footsteps and was eventually noticed by the head of Fox studios, who put her under contract. Cast mostly as a foreign exotic, she was eventually dropped by Fox. Her first husband wrangled a deal with Columbia and there Harry Cohn saw a diamond in the rough in this B-film actress. Her name was changed, her hair-color changed from dark to red. A painful process of electrolysis to raise her low hairline completed the picture and a unique love goddess was made. The American beauties could never match the sex, mystery and allure of the European goddesses such as Garbo and Dietrich. While Hayworth projected all-American health, she also had that air of European sophistication. Film historian John Kobal called her an American Exotic.
It seems Rita Hayworth knew very little happiness. Her second marriage to Orson Welles ended sadly. Her next romance, a scandalous one with Prince Aly Khan, for whom she left Hollywood. After than marriage ended, she returned to Hollywood, but her heart was no longer in it. 2 other disastrous and abusive marriages followed (to singer Dick Haymes and director James Hill). Harry Cohn continually made her life miserable at Columbia and, unbelievable though it seems, this great beauty was shy and insecure and relied heavily on alcohol to get her through the day. In her 50s she fell victim to Alzheimer's Disease. Because it was so misunderstood in those days, she was often accused of being drunk and/or crazy (her daughter, Yasmin Khan, cared for her mother with great compassion and is the president of Alzheimer's International).

Her Legacy
While she might have been sad behind the camera, Rita Hayworth left us with unforgettable images and breathtaking performances. Some on my favorites: 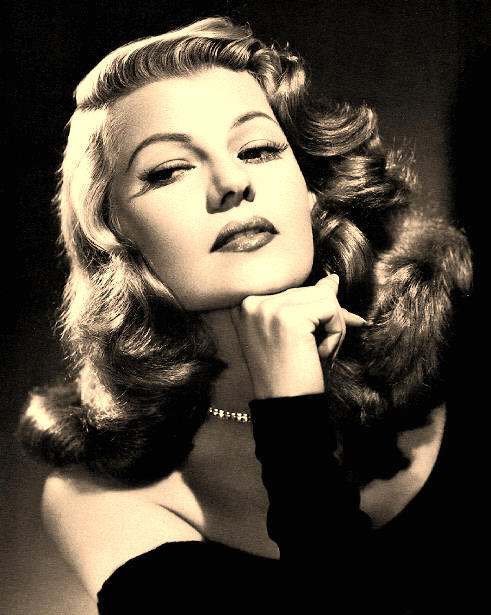 Beautiful beyond belief, Rita famously said of the men in her life "every man I knew went to bed with Gilda and woke up with me." 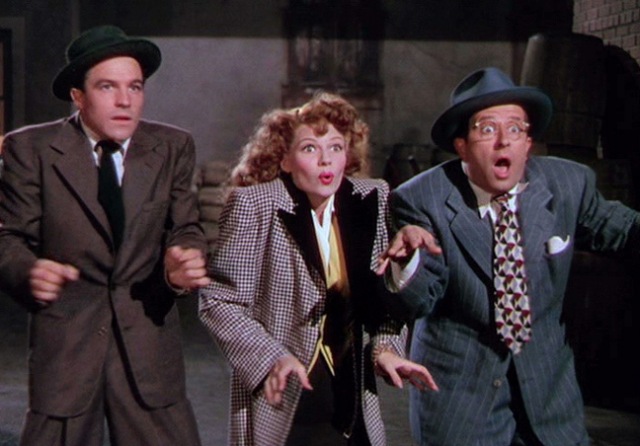 As Rusty Parker, she was the girl next door who just looked better than any girl who ever lived next door. 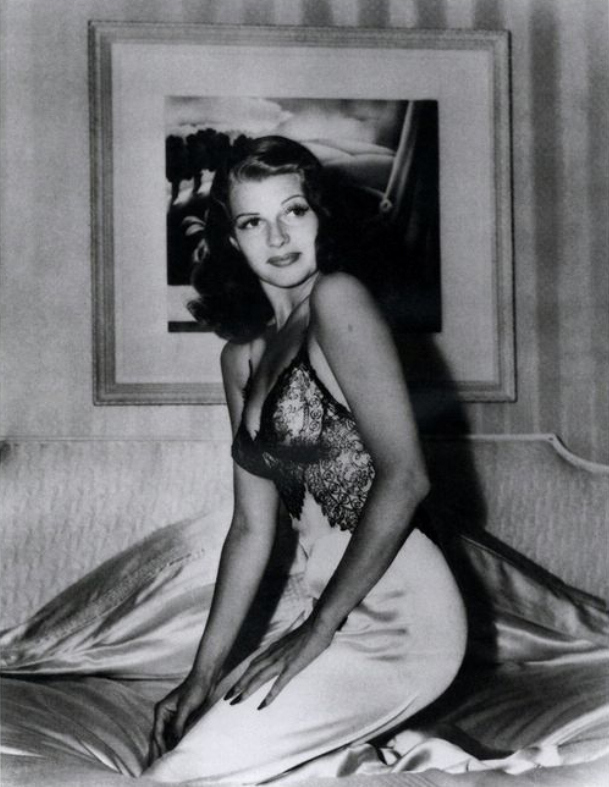 This photo of Rita on the cover of Life Magazine elevated her to the top of the heap (with Betty Grable) as WWII G.I.'s favorite pin-up girl.


Dancer
Rita's great friend, choreographer Jack Cole, said that Rita was only confident when she was dancing. Here are a few of her best moments.

To view more gorgeous photos of Rita, check out My Movie Dream Book right HERE.
Posted by FlickChick at 10:20 PM

FC: she was a beautiful woman. Hard to believe she was shy and insecure, but beauty, of course, doesn't always equate to confidence. Nice post.

Alyssa - she sure was. So sad that she never really knew happiness.

Thanks, Kim. Yes - can you imagine seeing that face in the mirror every day and being insecure? I'd love to try it!

I'm a huge Rita Hayworth fan and have loved every film that she was in. She seemed like a very nice person.

Thanks, Dawn. I always liked her, but lately I'm kind of ga-ga over her.

Rita exudes such joy when she dances. Thanks for including those clips with your thoughtful article.

Thanks, CW. Her rendition of "Put the Blame on Mame" is almost too sexy to watch (almost).

Thanks for stopping by, Cinemarion!

Even back in those days there were surgeries and interventions!
Without a doubt Rita was like Garbo, an incented icon, very different from real life. And she was very talented, being a gret dancer besides a wonderful actress.
Kisses!

As gorgeous as she was, her story always makes me sad. Glad you posted a "before" photo of her - I had not seen one of those! Thanks for reminding us of the person she was off-screen.

Oh how I love Rita. Those pictures are just the best.

Le - she was one of a kind. Thanks for stopping by!

Jennifer - thank you for the kind words!

LOVE the scene of Hayworth and Astaire dancing.

SS- isn't that the truth? I say that every day!

I adore Rita. She's one of my top-10 gals! I love her in non-musical roles, but it's really fun to watch her "strut her stuff."

So many of our beloved stars seemed to never know happiness. That's heartbreaking!

I really enjoyed this post! Photos of Rita are always a joy to look at...she was just so stunning!

Thanks ever so, Patti. It's true - there is really no need to write when it comes to Rita. Just staring at her photos is more than enough!