Thirteenth and last in a series about strong women in film. Strong women are independent, beautiful, sexy, feminine and just want everything in life that a man wants and believe that they have every right to have it! 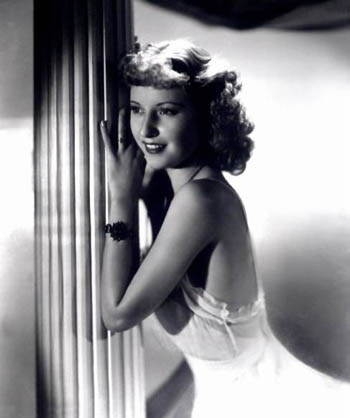 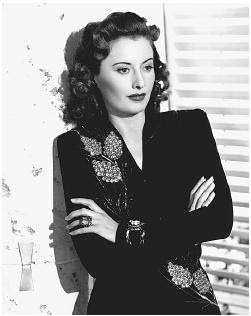 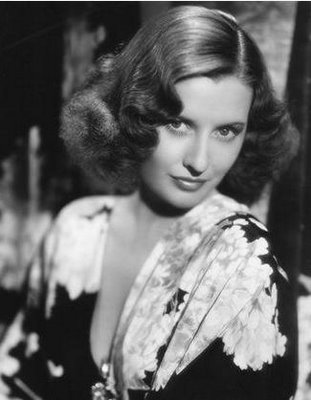 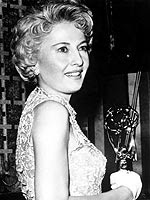 If I omitted your favorite, I apologize, but there are just so many wonderful films and so many more wonderful Stanwyck performances!

Bottom line: they don't come any better than Barbara Stanwyck. A total pro, she was the Ziegfeld Follies, pre-code, romance, comedy, Noir, westerns, and TV. What else is there to say? The best. Period.

Barbara is my all time favorite actress! I have so many of her films and I'm always looking for more...thanks for sharing these pics and comments.

You're a pretty classy lady yourself, FlickChick, and as far as I'm concerned you have hit every nail on the head as relates to the life and career of the incomparable Barbara Stanwyck.

llandseadel: can't have to much Missy. She is the favorite of so many.

Lady Eve - you make me blush! But then again, I studied at the Stanwyck School, so I must give credit to my alma mater.

You must've gotten an MBS...

Is that a Master of Barbara Stanwyck?

I love Babs. And, I loved your "If you're strong, you can strip!" I agree with your list of her best. I might add My Reputation (1946)--a little film that most people haven't seen, but Stanwyck is really good in it. I also like B.F.s Daughter and East Side, West Side a lot.

Thank you, Kim. Missy sure knew her way around a G-String! I've never seen "My Reputation" - I shall have to keep my eye out for it. It Stanwyck is in it, it can't be bad.

As classy and tough as Barbara is, she wouldn't feel insulted to be called a "Dame." You could certainly label me a "Dame" if it meant I could be like her! Loving all her roles, I adore her in her pre-code and 1930's films. Those are famous for great, smart-aleck one liners. For example, in "Baby Face" she's applying for a job and the stocky young man giving her an "inteview" gives her a knowing, slow smile and says, "Have you had any experience?" To which Barbara gives a disgusted sigh, rolls her eyes and replies, "Yeah, plenty!! Don't you just love those smart one liners so popular during the 1930's!

That pre-code dialogue was the snazziest!

Love your take on Barbara as no artifice/no fuss/just strong and clean. What I love myself about Stanwyck (and what makes her different from Davis or Crawford) is 1) she was very sexy on screen but always seemed so comfortable in her own skin; 2) she could play comedy like few other actresses. Her performances in movies like THE LADY EVE, LADY OF BURLESQUE, and BALL OF FIRE combine these 2 qualities, and she's unbeatable. Thanks for your post!

Thank you, Grand Old Movies - she really was as you say - comfortable in herown skin. Not neurotic, just fabulous!

Barbara Stanwyck, Is one of my favorite actress. I'm collecting all the movies of hers I can get my hands on.. I loved your very classy series and can not wait to see what you come up with for your next series.

Thank you so much Dawn!

Yes, you saved the best for last. As far as acting chops, I rank Stanwyck above Crawford and Davis any day. So good, especially when she was angry or excited in a role. For those who may have missed it, check her out in The Furies. Any way, along with Deborah Kerr, she is my favorite. Sexy and talented. A wonderful combination on screen.

Thank you, Readerman. I tend to agree that, if a career is a marathon, Stanwyck crosses the finish line first.

What a wonderful series this has been, and Barbara is the perfect culmination of it all! Your article is so clever, funny and such a tribute to a great actress and a very nice woman. You deserve a lot of praise for giving us the opportunity to enjoy every article. Kudos, FlickChick!

Oh, Becky - thanks so much! I really wanted to do something more substantial about Stanwyck, but what is there to say that has not already been said?

You did Barbara a good turn in your own unique style, and you were just as good in that genre as a big old bio would be -- and it was more fun!

Years ago, I was going on a job interview. I needed a model to show I was assured and self-sufficient. As I walked in the door, I murmured to myself "Think Barbara Stanwyck". It worked.