Book Review: Martin Turnbull's "The Heart of the Lion": The Room Where it (Really) Happened

Hey movie lover - haven't you often heard behind the scenes conversations in your head? You know, the ones between Clark Gable and Carole Lombard? Or Garbo and Gilbert? Or maybe, just maybe, Irving Thalberg and Norma Shearer? Or better  yet, all those mop up men at the Harlow home discussing how to handle Paul Bern's death while he lay there cold as a cucumber? Well, imagine no more, because author Martin Turnbull takes you to all of those rooms where it all really happened (the rooms we really care about) in "The Heart of the Lion," his new novel about the MGM Boy Wonder, Irving Thalberg. 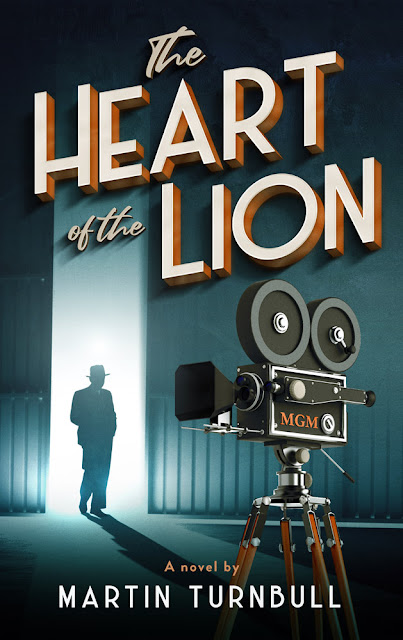 Anyone who is anyone makes an appearance in Turnbull's fictional telling of Thalberg's final years. Lillian Gish nurses a sidecar* at a Hollywood party, Douglas Fairbanks Sr. complains about Mary Pickford, foreshadowing the end of a fairy tale union, and Garbo is a sly minx who never has her head in the clouds. But the central stars of this tale are Louis B. Mayer, the crude but knowing head of the great studio, John Gilbert, the fading silent star who was one half of an unlikely friendship, and Norma Shearer, the determined star whose gentle love and patience brought great happiness to her boss, who also happened to be her husband.

"The Heart of the Lion," covers the years 1925 though 1936, the year of Thalberg's death at age 37. A frail and sickly child, raised in fear by an over-protective and over-bearing mother, Thalberg's health was always precarious. The fact that he was not expected to live past the age of 30 was drummed into him as a child. Turnbull presents a young man who, believing himself to be living on borrowed time, feels compelled to achieve, achieve, and achieve. And achieve he did. You can almost hear the tick tick tick of time running out in Turnbull's prose, as Thalberg tries valiantly to grab the most life has to offer while all the while knowing that the shadow of death lurked nearby. 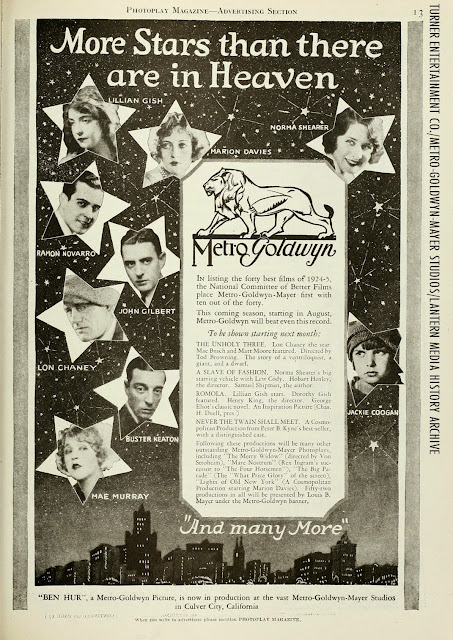 Turnbull paints a vivid picture of Hollywood in the 20s and 30s, the time when silent stars were gods, sound and the Great Depression shattered their west coast Mount Olympus and the subsequent rebuilding of MGM into a new kingdom that boasted more stars than there were in heaven. The sad demise of John Gilbert, Thalberg's great friend, is handled as a fate inevitable as it is heartbreaking. On the other hand, Joan Crawford is a brassy hoot and Harlow is a sassy charmer. It's great to spend time with them. However, the most important moments are reserved for those between Thalberg and Mayer, his feckless father figure who threw him over for son-in-law David O. Selznick, and Norma Shearer. The imagined scenes between Thalberg and Norma are beautifully done, with their intimate conversation at Carole Lombard's Mayfair Ball bringing a tear to my eye.

For the record, this is a fictional biography, a novel, but the research is impeccable. Trust me: I consider myself a great repository of useless Hollywood history and detail and a few times I thought - aha! I spy a mistake! - only to find out I was wrong and Martin Turnbull was right.

Thalberg's name never once appeared on screen as a film's producer, but as MGM's Head of Production from 1925 until his death, his was the unseen hand that built a dreamland that endures in the heart of every classic movie lover to this day. Leo the Lion might have been the face and the roar of the great studio, but Thalberg was its beating heart, a heart that was filled with love for the movies and one that was taken from the world much too soon.

You can purchase "The Heart of the Lion," as well as Turbull's Garden of Allah novels Here

*Since Lillian Gish is downing a sidecar at a prohibition era Hollywood party, she might just have been sipping it primly from a teacup, don't you think? 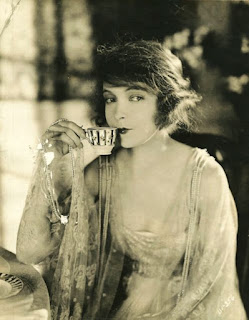 Fictional accounts of famous "characters" we think we know sometimes work and sometimes don't, but it sounds like Turnbull's novel falls under the working category. Thalberg did so much with his time, while most of us treat it as an unlimited resource until it isn't.

Shearer and Thalberg are who got me into classic film. Will be purchasing this novel! And Sidecars - - !! My favorite cocktail!!!!!! For many years now!!!

CW - so true. This is a flight of fancy and is never presented as anything else - so it's fun to go along with the ride. There is a very detailed afterward citing sources, so there is a good, historical foundation underneath the imagined scenes.

Jesslyn - enjoy both the book and the sidecar (or 2)!