Classics For Comfort: Getting Out of the Comfort Zone

This is my entry in the Classic Movie Blog Association Classics For Comfort Spring Blogathon. Click here for more no-calorie comfort film food. 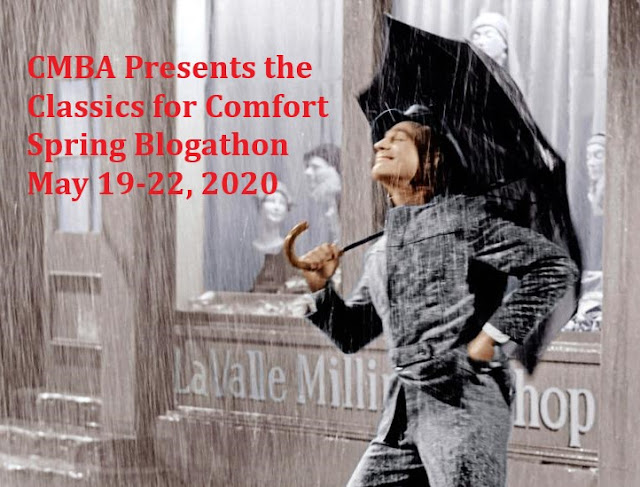 Movies have always served as a comfort for me, even in the best of times. The current  pandemic and resulting sense of isolation makes one want to pull those familiar films around us like a warm and cozy blanket. But, I confess, after 2 months, I'm beginning to need a little more. So, sorry "Singin' in the Rain", you'll just have to sit in your DVD case; and Norma Desmond? We shall rendezvous again - soon, my darling - I'm sure (we always do). But for now, I feel like dipping my toe in more challenging waters, so I offer the 5 films that took me out of my comfort zone (largely with positive results). 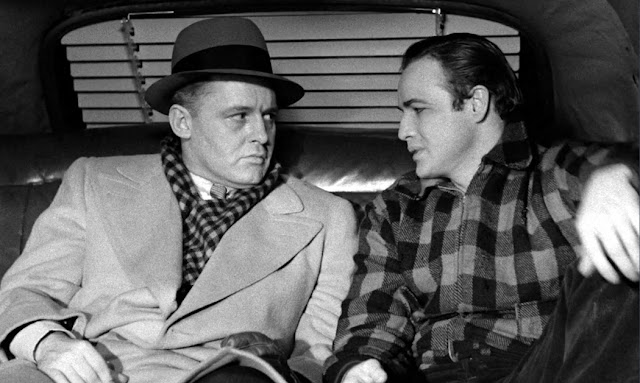 If I have an aversion to a particular star, I tend to avoid them, even if the movie is considered a classic. So it was with "On the Waterfront," because Marlon Brando and I are not exactly simpatico. Not only did I avoid this film, but I ran from it. It was a rather gaping hole in my film experience, I admit, and finally one Facebook friend (who has since passed) convinced me to give it a try. 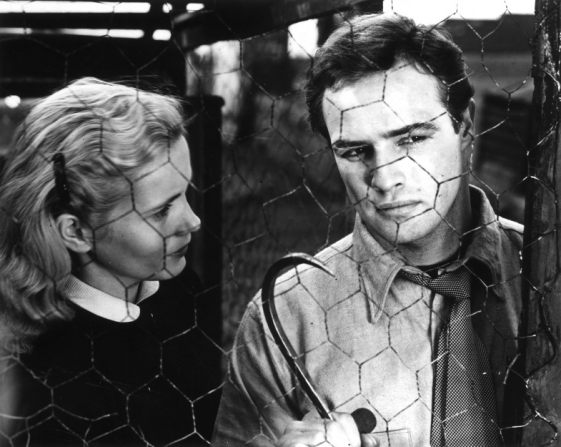 What can I say? I was 100% wrong. It is powerful, unforgettable, beautifully and achingly acted. I loved it and I love Renee for guiding me there. Still not loving Marlon, but I'm all in for him in this one. 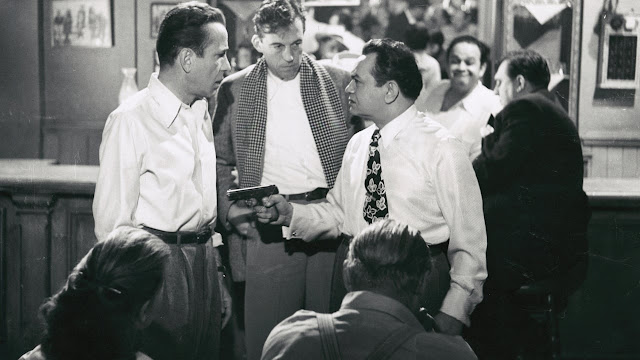 Another star who I can't warm to is Bogart. I don't know why, because he is clearly an excellent actor and a magnetic personality. When he was at the phase in his career when he was battling James Cagney, I always rooted for Jimmy. Maybe it's the snarl..... Anyway, my love for Edward G. Robinson made me hold my nose and jump in and boy, am I glad I did. 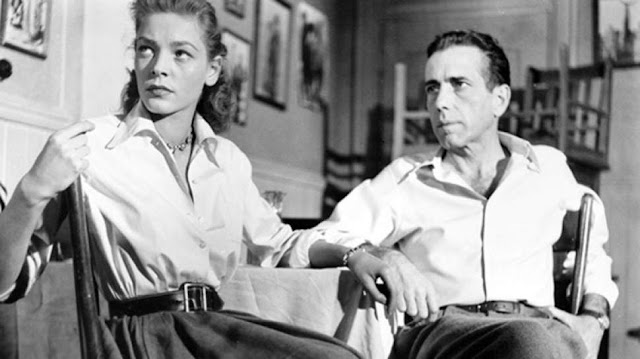 And just so you know, I have since managed to sit through "The Big Sleep" (what the hell is going on? I don't care), "The Maltese Falcon" all the way through (loved it) and "Casablanca" with new appreciation. He still gives me pause and always makes me feel a bit uncomfortable, but maybe that's the essence of Bogey. 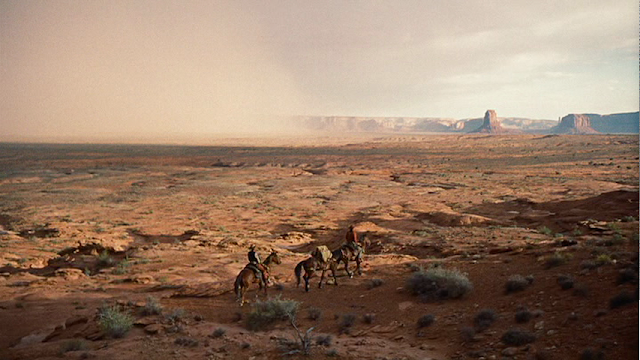 Never a western gal, for sure, but I figured I'd give it a sincere try with a great one. And yes, it is great. I'm still not 100% in for the genre (too many horses falling in battle), and I have real issues with John Ford sometimes, but I left the film with a great admiration for Ford's love of the American landscape, respect for his characters and an even greater respect for John Wayne as a genuine larger-than-life-size movie star. 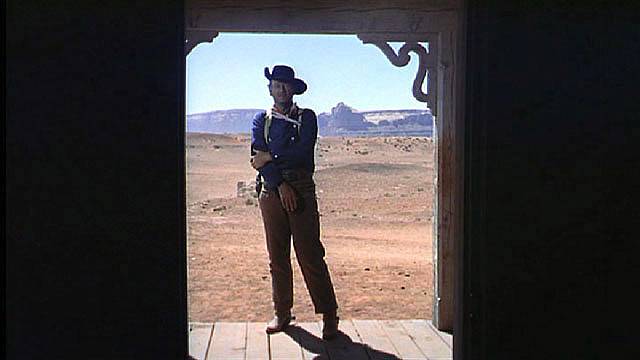 Count me a fan of Duke. 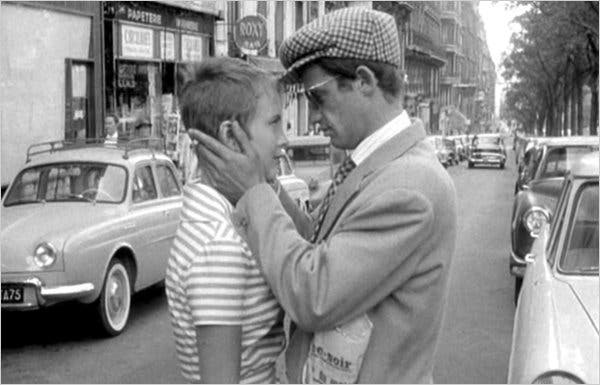 My knowledge of foreign films is pretty slim, so I chose to move out of my Hollywood-based comfort zone with "Breathless." I loved every single minute of it and have since managed to branch out with French and Spanish films.

Merci Jean Luc Goddard and Francois Truffaut (whose films I was tempted to enjoy). Super cool after all these years. 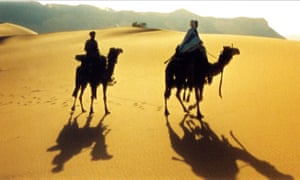 I'm not a big fan of the historical spectacle. I'm more of an intimate character film type of gal. Maybe I really resisted this one because I saw this in the movies on a re-release with a date who was so obviously gay and we didn't have such a great time, the kiss was awkward.....well, that's another story for another time...maybe. 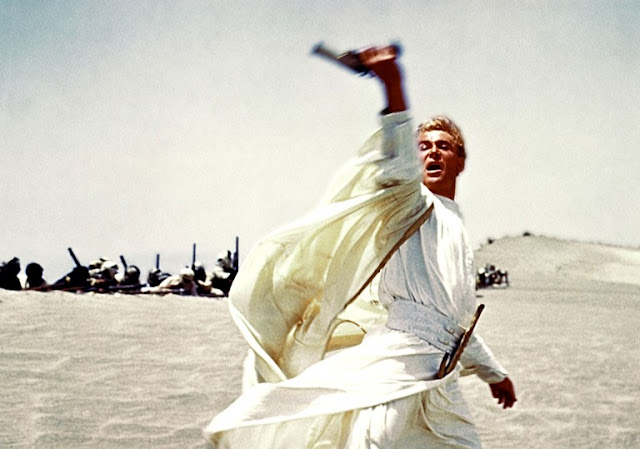 Anyway, my love for Mr. O'Toole lead me back to this and "Lawrence of Arabia" now counts as one of my favorite films. It is beautiful - overwhelmingly so. And the music remains just about my favorite film score. It requires a commitment of time, but it holds me always under its spell. 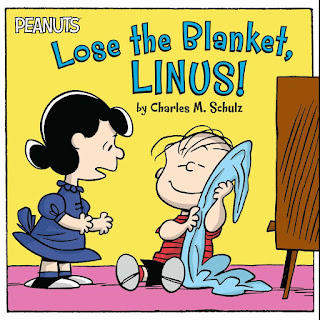 What can I say? I love my comfort films during all times, but right now I'm feeling like some kick-ass films to jolt me off the couch and away from the kitchen. My inner Lucy is yelling at me.

Posted by FlickChick at 6:34 AM

I am not a John Wayne fan. He's limited as an actor, but The Searchers is a great film though, like many other John Ford films, the Native Americans are treated bad. I've never seen Lawrence of Arabia. Not a fan of spectacles. On the Waterfront is filled with brilliant acting. Great choices. Hope all is well.

You are an inspiration with your "dive-in" approach. If not now, when?

Key Largo and The Searchers are favourites of mine. I "get" your Brando issues and do not return even to On the Waterfront often, but it is an emotional touchstone.

I do not believe I have sat through Lawrence of Arabia from beginning to end. Time commitment indeed!

Love the creative counter programming! Really neat and thought-provoking way to approach the theme. We all have actors and films we don't immediately click with, and it's good to revisit them and see if we feel differently at a different point in our lives or just in a different situation.

I liked Brando and Bogart right away, but Wayne took me a while, so we're in opposite camps that way. But like you, I grew to appreciate them all. Great list, and since I've been in comedyville, not ones I've been thinking of but now will. Thanks. (Oh, and I have to express how brave you are for going on a date to such a long film. What early relationship would have survived it?:))

I love your take on this! Instead of comfort films you wrote about films that got you out of your comfort zone - you go, gal! I've only seen two of these movies ( I've been living in a hole, too ) and both of them I couldn't make it through to the end. I love westerns but The Searchers always puts me to sleep. If you want to explore John Ford, I recommend Stagecoach, My Darling Clementine, Rio Grande and The Quiet Man ( both with Wayne and O'Hara ).

John - I agree Wayne is limited, but I finally gave in to his larger than life screen presence.

CW - many thanks for your kind comments. There are still a whole bunch of films I have to dive into, but maybe I'll sit back with "The Apartment" first....

Thank you, Jennifer. I've written so much about my comfort movies, I figured I'd flip the script.

Thank you, sisters - really looking forward to reading all of the other comforting films.

No comfort indeed. I've been with you on On the Waterfront, I still haven't watched it but you give me more inspiration. I still think The Searchers is overrated. But Breathless was groundbreaking and Laawrence spectacular (if long). Bogart is great too. Thanks for your take on these films for the blogathon. Christian (silverscreenmodes.com)

How nice to see Breathless on your list! It was one of my first New Wave films and it remains my favorite Jean-Luc Godard film. I didn't think the remake with Richard Gere was bad, but the original is by far the best!

Well bless my soul, Marsha, you've surprised me. But kudos for stepping outside your comfort zone.

Like you I don't warm that much to Brando or Bogart, though I also am a fan of more than a few of their films. Also, like you, I'm not much on the Western genre but lately, through Ford/Wayne, have found some fine films and favorites - including The Searchers. It has taken me a long time to realize what a great star and underrated actor John Wayne was. Unlike you, I've not been able to warm up to Lawrence of Arabia, though I've tried many times. All this to say, fascinating choices and write-ups.

thank you, Christian. On the Waterfront was a tough sell for me, but I made it!

Rick - I never saw the remake - hard to imagine Richard Gere....but, I might like to take a peek.

Oh lady Eve - I knew you were a lady after my own heart. I, too, took forever to warm to John Wayne, but he is undeniably the essence of a movie star. His presence, at this peak, is as big as the west itself.

First, I am relieved to learn – via the comments – that there are others who are lukewarm towards Lawrence of Arabia.

Second, I love your choice of films and your approach. There are films I've shunned because I don't like one of the leads, but you've shown me that is narrow-minded. Maybe there's that one film that will turn me into a fan, like you.

We need a balance between comfort films and daring films. and we also need to try everything before saying we don't like it, right?
I like how you chronicled your experiences here. I love Omar Sharif and Peter O'Toole, so Lawrence of Arabia was great to sit through, even though it was sooo long!
Let's keep having cinematic adventures!
Kisses!
Le

I like that you fell in love with these films by getting out of your comfort zone. I think the surprise factor can make the film more special and memorable ultimately.

For Westerns, you might want to give some of the more unusual ones -- some that are so unconventional that you might not really call them Westerns. Some of my favorites are the 1936 version of Three Godfathers (NOT the sentimental Ford remake); Ramrod, with Joel McCrea; The Last Hunt, with Stewart Granger and Robert Taylor; and No Name On the Bullet, with Audie Murphy.