WHAT A CHARACTER! ANN DVORAK and the road less traveled

This is my entry in the What A Character Blogathon hosted by Paula at Paula's Cinema Club, Kellee at Outspoken and Freckled and Aurora at Once Upon a Screen. Check out their sites for more fabulous film characters. 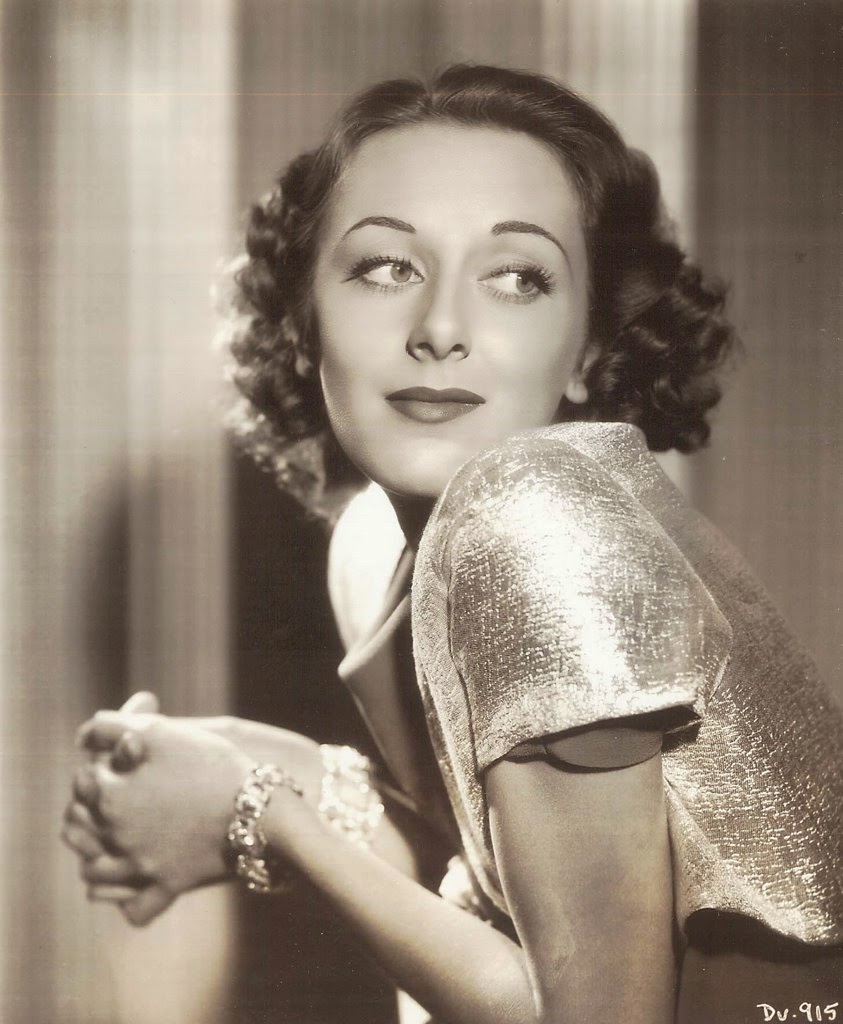 I admit to being an Ann Dvorak freak and have written about her often. However, most of my gushings have been over her as the almost A-list star and rarely about her later shift into secondary and character roles.

Ann Dvorak did it all. The daughter of silent film actress Anna Lehr, Ann did a short stint as a child actress and then, as a teenager, because a member of the chorus in early MGM musicals (she is all over the chorus in 1929's "The Hollywood Review"). She exploded on the screen as Cesca in 1932's "Scarface," and made a dramatic impression in such films as "Three on a Match," "The Strange Love of Molly Louvain," and "Housewife." It was a testament to Warner Brothers' faith in Ann that she was top billed over Bette Davis in both "Three on a Match" and "Housewife" (later re-issues featured Bette, but originally Ann was billed first).

In 1932-1934, Ann seemed to be on her way to super-stardom, but she lacked something that Bette Davis had in abundance: a single-minded dedication to her career. She placed her marriage to actor/director Leslie Fenton  before her career and simultaneously took on Warner Brothers in a lengthy, and ultimately futile, pay dispute. After that Ann free-lanced, but never again got a shot at a starring role in a top flight film. She veered between leading roles in poor films and supporting roles in good films. But, whatever Ann did, she always improved the quality of the film just by being there. She was quirky, individualistic and not at all like anyone else.

Three of Ann's most notable character roles were in these films:

Out of the Blue (1947)
George Brent and Virginia Mayo were the stars and Carole Landis was getting the star treatment, but Ann, as the perpetually drunk Olive steals the show. In a rare chance to show some comedy flair, Ann is the only reason to see this fluffy, kinda-like weekend at Bernie's affair. 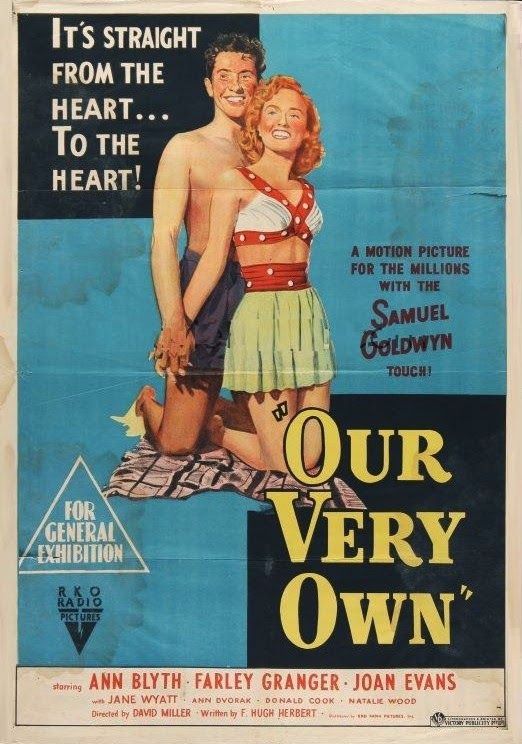 As the unwed birth mother who gave up Ann Blyth, Ann gives perhaps her strongest supporting performance. In a part that could easily have become a cliche, she gives the part of Gert great depth and complexity. She is a poor soul, a miserable housewife trapped in miserable marriage and resigned to her fate. She doesn't want her husband to know she had a child out of wedlock, but she agrees to meet her birth daughter nonetheless. It is a small part, but showy and Ann Dvorak showed audiences what they had been missing. 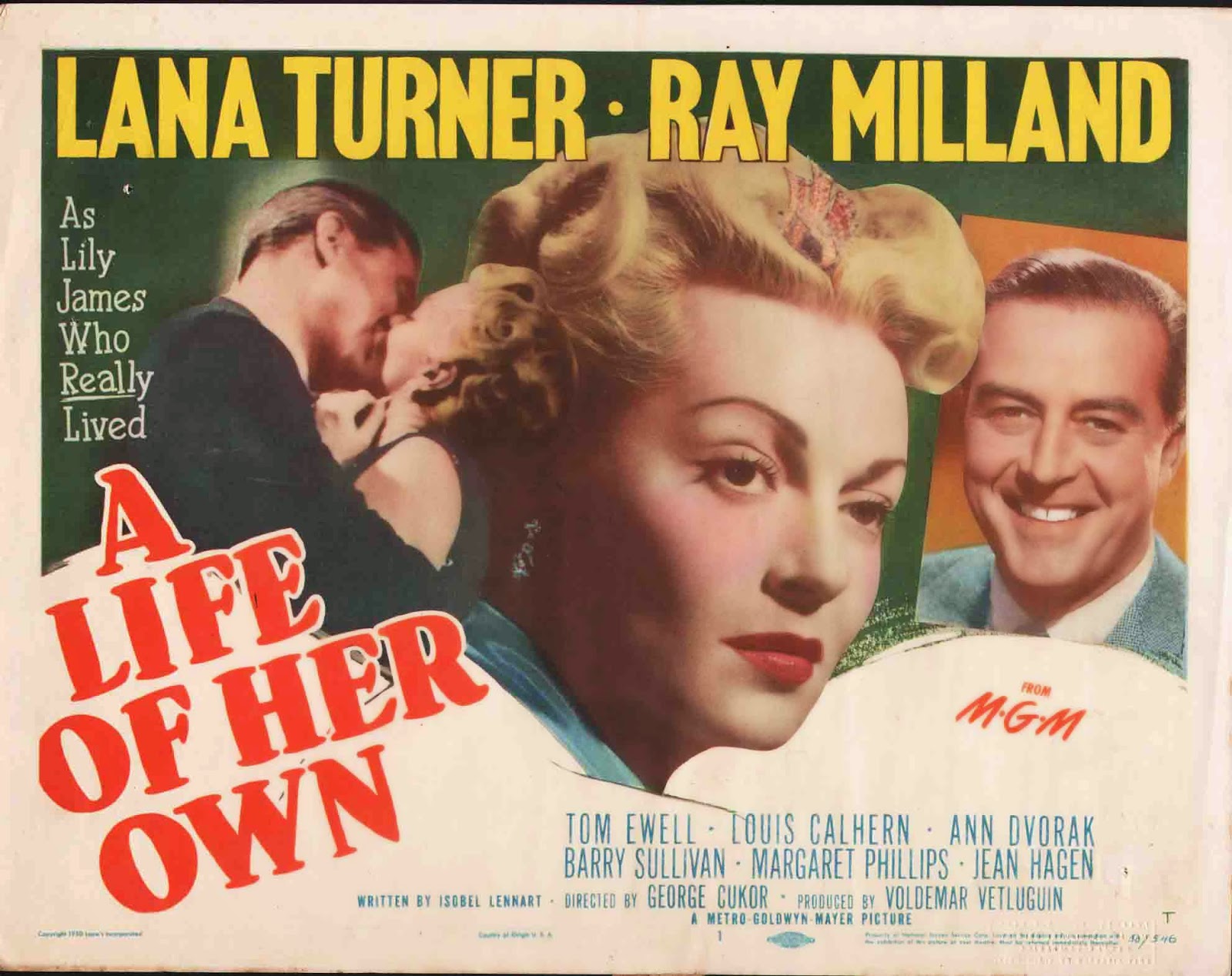 Ann only had 10 minutes of screen time in this film, but she is unforgettable as the aging model whose decline and demise proves a cautionary tale to Lana Turner. As Mary Ashlon, Ann wipes the floor with poor little Lana. As her career fades, a bitter Mary turn to drink and finally commits suicide by taking a swan dive out of a high rise window (just as she did when Ann Dvorak's career was on fire in "Three on a Match." Turner Classic Movies named Ann's performance as Mary Ashlon one of its 10 great overlooked performances.

Ann Dvorak was always more than her career. She was a passionate wife (3 times), an ambulance driver in WW II London, and a woman of many non-theatrical interests. Unfortunately,her acting talent was her bread and butter and, in that, she faltered. While she always played a prominent part in all of her films, she never again found that comeback hit. Her last film was a supporting role in the Humphrey Bogart/Gene Tierney film "The Secret of Convict Lake." She made a few TV appearances after that and then quietly chucked it all for a retirement in Hawaii, where she died in 1979.
Posted by FlickChick at 9:01 PM

Email ThisBlogThis!Share to TwitterShare to FacebookShare to Pinterest
Labels: Ann Dvorak, What a Character!

Great post. I had no idea that she kept making movies that long. Stylish lady with an interesting face--until the end. You are right. She left poor Lana in the dust.

I remember watching Ann Dvorak in films with my late father. He must have had a crush because he always referred to her as "Annie". That memory, along with her prodigious talent draws me to every opportunity to watch her.

I haven't seen very many of Ann Dvorak's films, but she made a strong impression in those I have seen. My mom was a fan of hers so I've always been curious about what happened to her. Thanks for filling in the blanks. It's sad that her career didn't pan out, but there are worse things than ending up in Hawaii.

Love the post and your style. I'm also shamefully unfamiliar with most of Dvorak's movies. Terrific addition to the blogathon. Love the idea of focusing on an actor thought of only as an A-lister for this event. THANKS!!

I love Ann too ... it's amazing to think that she made just a few really memorable movies and yet is thought of so highly by classic movie lovers. It shows the power of her presence on screen. I've never seen the later movies you mentioned, and would especially like to see "A Life Of Her Own." Wonderful tribute to an actress I have to watch in whichever of her movies happens to be on!

What a hard-working actor Ann was. Such unforgettable performances. Her acreer is one I continue to discover. She was a class act. Thanks for joining our blogathon- wonderful piece!

Thank you, Inge - she was indeed a stylish lady. I love her "look." - very unusual.

CW - I worked with a man once who always remembered that Ann Dvorak always seemed to be wearing a slip. Ah, memories!

Hi Patty - her career is really one of "what if"s - she had so much going for her, but she kept following stupid husbands.

Thank you so much, Aurora - and thank you for co-hosting this amazing event. It is going to take a week to get around to reading the many thrilling posts.

HI Kellee - I am always beating the Ann Dvorak drum - and hope that others will learn to enjoy her work. Thanks for co-hosting this amazing blogathon. As I said earlier, it will take me a week to get around to reading the many great posts.

I have only seen about six of her films, mostly pre-code, and despite the material; some were great (Scarface) others mediocre (Heat Lightening), Dvorak was excellent. She was a sexy, beautiful, talented and an independent woman…in other words perfect.

From the few films I've seen Ann Dvorak in, I choose Scarface as my favorite. Now I have to look for her performances as a supporting player... There is no doubt I'll enjoy them.
Oh, and I didn't know she drove an ambulance during WWII!
Kisses!